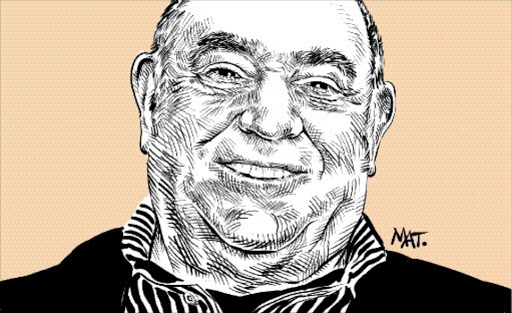 Both sides claim victory in Angola fight that was a turning point in liberating the continent, writes Ronnie Kasrils

TWENTY-five years ago in October 1987 a ferocious battle began in a remote part of south-east Angola that Nelson Mandela regards as "a turning point for the liberation of our continent and my people" - a prolonged siege by the South African Defence Force (SADF) and its Unita surrogate of a dusty settlement between the Cuito and Cuanavale rivers.

Fidel Castro, whose Cuban forces were instrumental in the six-month defence of the outpost, has said: "The history of Africa will come to be written as before and after Cuito Cuanavale."

On the other hand, the generals and most scribes of the former SADF maintain victory was theirs. Then SADF commander General Jan Geldenhuis claimed that the Cubans avoided outright defeat by "kicking the ball into touch". Five years ago in a parliamentary debate, opposition MPs, such as Koos van der Merwe and Pete Groenewald, army reservists in the 1980s, claimed they had won the war since the SADF only lost 45 troops.

Let us consider the background to the battle and its outcome.

The prelude began in July 1987 when Angolan government forces (Fapla) advanced on Jonas Savimbi's Unita stronghold at Mavinga - 300km from his Jamba sanctuary on the Caprivi Strip. At first Fapla inflicted heavy casualties on Unita. Then early in October, at the Lomba River 40km southeast of Cuito Cuanavale, Fapla's advancing 47th Brigade was all but destroyed by SADF forces hastening to Unita's rescue.

Catastrophe followed, with other Fapla brigades wilting under bombardment. Fapla stragglers retreated to Cuito Cuanavale. The outpost could have been overrun then and there. The interior of the country would have been opened up to domination by Unita, with Angola being split in half - something Pretoria and Savimbi had been aiming at for years. But the SADF, far too cautious, failed to seize the initiative. This allowed an initial contingent of 120 Cuban troops to race to the town from Menongue, 150km to the northwest, and help to organise the defences. Nevertheless, Pretoria predicted Cuito Cuanavale's imminent fall.

For five months the SADF threw everything they had at the beleaguered outpost. They pounded the defensive ring relentlessly with 155mm G-5 guns and staged attack after attack, led by the 61st mechanised battalion, 32 Buffalo battalion, and later 4th SA Infantry group. The defenders held out doggedly, reinforced by 1500 elite troops arriving from Cuba in December.

By March 23 1988 the last major attack on Cuito Cuanavale was "brought to a grinding and definite halt", in the words of none other than 32 Battalion commander Colonel Jan Breytenbach. Often at odds with the SADF generals, he writes: "The Unita soldiers did a lot of dying that day" and "the full weight of Fapla's defensive fire was brought down on the heads of Regiment President Steyn and the already bleeding Unita".

The SADF deployed upwards of 5000 men plus several thousand Unita troops. They were repulsed by the Cubans and 6000 Fapla defenders.

Pro-SADF accounts focus on the engagements leading up to Cuito Cuanavale and the siege itself, cunning battlefield manoeuvres and achievements, tactical efficiency and resourcefulness, but cannot conceal that they failed to conquer the town. They downplay the later decisive military developments in the southwest on the Namibian border from April 1988.

Colonel Breytenbach observed: "With a lack of foresight the South Africans had allowed the bulk of their available combat power to be tied down on the Cuito Cuanavale front." In his view this should have been regarded as a secondary front. This was in stark contrast to General Geldenhuys claiming that the new front opened up by the Cubans in the west was akin to Castro "kicking the ball into touch". In fact Castro used his own sporting analogy - that of boxing: Cuito Cuanavale in the east was the left fist blocking the blow, while in the west the right fist struck.

Wars are not won by defensive engagements. The significance of Cuito Cuanavale is that the defenders not only saved the day but bought time to enable the Cuban-Angolan side to turn the tables and by April launch a stunning offensive in the west that changed the course of our history. The ball was not in touch but in play, with the SADF desperately defending its own goal-line.

This offensive consisted of a 10000-strong Cuban, Fapla and Swapo troop deployment along a front stretching 700km from Namibe in the west along the railway line through Lubango on to Menongue and Cuito Cuanavale in the east. The SADF forces at Cuito Cuanavale were marooned.

A master stroke was the rapid construction of airstrips at Cahama and Xangongo near the border, which brought the strategic Ruacana and Calueque hydroelectric dam systems on the Cunene River within striking distance. Soviet MiG-23s had demonstrated their superiority over SA's aged Mirage fighters and now that they commanded the skies the network of SADF bases in northern Namibia were at their mercy. The end for the SADF was signalled on June 27 1988. A squadron of MiGs bombed the Ruacana and Calueque installations, cutting the water supply to Ovamboland and its military bases and killing 11 young South African conscripts. The war was effectively over.

The Cubans could have marched into Namibia, but exercised restraint, with all parties, including the US and Soviet Union, looking for compromise and a way forward in negotiations. Castro was not looking for a bloody encounter that would have cost many lives on both sides. Neither were apartheid's generals and political leaders. They could afford casualties even less than the Cubans, considering the popular mass struggle reinforced by growing armed activity within South Africa itself, and the disaffection among white conscripts.

The acid test relating to who was victorious at Cuito Cuanavale is reflected in the outcome. The SADF, which had carried out continual incursions into Angola since that country's independence in 1975, was compelled to withdraw totally; the independence of Namibia was achieved; the prospect for South African freedom was nigh. While negotiations agreed on Cuban troop withdrawal from Angola and relocation of ANC military camps, this was no setback compared with the enormity of the historic gains.

The demise of the SADF's generals, and their fall from grace is reflected in failure at and after Cuito Cuanavale. Their political influence and the grip on power of P W Botha was weakened, paving the way for F W de Klerk and the end of military dominance. Any chance of the army leading a coup to avert ANC rule was nullified.

Little wonder then that both Nelson Mandela and Fidel Castro termed the Battle of Cuito Cuanavale a turning point for Africa's freedom.

Kasrils, former minister for intelligence services in the South African government, was chief of MK intelligence during Cuito Cuanavale