Ramaphosa group in mine evictions row 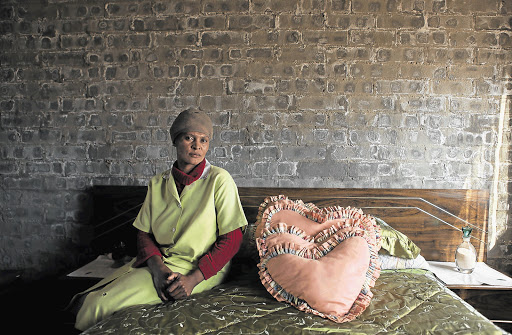 A coal-mining company headed by Cyril Ramaphosa is under fire over the planned eviction of 39 poor families.

A COAL-mining company headed by Cyril Ramaphosa is under fire over the planned eviction of 39 poor families.

Shanduka Coal, part of the Shanduka Group founded by Ramaphosa 11 years ago, might also relocate a school, and it stands accused of neglecting families already moved off another mine bought last year.

Ramaphosa, a struggle stalwart, is now a director of Lonmin Mining, owners of the Marikana platinum mine, where 34 striking miners were shot dead by police in August.

He is executive chairman of the Shanduka Group and a major shareholder via the Rama-phosa Family Trust. Shanduka Coal is a group subsidiary.

Controversy is now brewing over the treatment of two poor rural communities living on Shanduka land in Mpumalanga.

Shanduka began negotiating with the communities last year after acquiring Umcebo Mining, which owned the land.

Included in the sale was:

Kleinbooi Mahlangu, spokes-man for the Wonderfontein Community Forum, which is appealing the mining right, said: "They [Shanduka] are failing to say where they are moving the families so that we can be happy. Even the school - we don't know where it will go."

He added: "That is the sort of right that the government gives the miner - and it kills the rights of the people."

He said the families were concerned they would suffer the same fate as other families moved off Grootpan.

"Those families are not in a good situation. There are a lot of meetings with Shanduka. They only promise and then they go away."

But Shanduka Coal chief operating officer Zirk van der Bank said the families due to be relocated were consulted about the resettlement plan.

"Since July 2012, six meetings have been held with the local community, and a community relocation forum, consisting of all 39 possible affected families, has been established, together with officials of local government," said Van der Bank.

"Part of the Wonderfontein Resettlement Committee Forum's duties will be to identify and assess the best possible alternatives for the relocation of the community. The relocation process is guided by World Bank standards, which, among other things, seek to ensure that the livelihoods and quality of life of those displaced are measurably improved."

He added: "This was an issue which was inherited by Shanduka Coal and, to the extent that Umcebo required approvals and permissions, the matter is now being addressed."

He said there was no immediate plan to relocate the school on the Wonderfontein farm, but if the need arose, the company would get permission and build a new school. He would not be drawn on whether Ramaphosa was aware of the relocation plans, past or present.

Koos Pretorius, one of the appellants in the Klippan/Wonderfontein case, said Shanduka had failed to rectify the community issues inherited from Umcebo.

"If Shanduka wanted to be different [to Umcebo], they have the opportunity now - but they have not shown any difference."