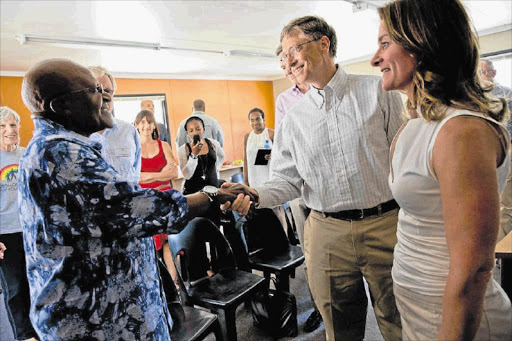 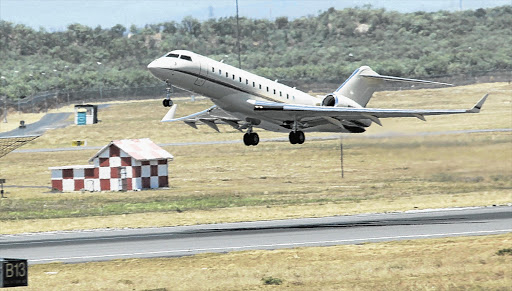 MICROSOFT billionaire Bill Gates was admitted to hospital after an accident while on holiday in Cape Town this week.

The 57-year-old tycoon was treated for an injured shoulder at a private hospital after a family outing to the sand dunes near the West Coast town of Atlantis.

Unprecedented secrecy shrouded the magnate's family holiday in SA, which included an excursion on which guests could dive in shark-proof cages off Gansbaai, near Hermanus.

Security guards kept strict watch at the five-star One&Only hotel in Cape Town, where Gates stayed with his wife, Melinda, and children.

The family had dinner at celebrity chef Reuben Riffel's restaurant in the hotel - where the upper echelons of society will welcome in the New Year over a five-course dinner costing R1750 per person.

On Thursday, however, a trip to sandboarding mecca Atlantis - about 30km from the city - went wrong.

Gates was taken to casualty at a private hospital and was admitted for the night.

The Sunday Times has decided not to name the hospital or publish details of his injuries.

Security was tight at the hospital on Thursday evening, where a choir was singing Christmas carols at the entrance to the casualty facility.

Earlier this year Forbes magazine listed Gates as the richest man in the US, with a fortune estimated at R566-billion.

He has reportedly given R240-billion to charity through initiatives by the Bill and Melinda Gates Foundation.

On Monday Gates and his wife were chauffeured to the township of Masiphumelele near Kommetjie, where they spent two hours at the Desmond Tutu HIV Foundation Youth Centre and met the Nobel peace-prize winner. Melinda tweeted: "Fantastic visit with Desmond Tutu at his Youth Centre this week in SA - his joy is visible and contagious."

Speaking on behalf of Tutu's charity, Lavinia Crawford-Browne said: "Mr and Mrs Gates came to South Africa on holiday but wanted to spend one day at a charitable project. We were honoured and delighted to have them. The Arch and Bill and Melinda really seemed to enjoy one another's company."

Gates is notoriously media- shy, but is often depicted in newspapers as a family man. The Daily Mail in the UK recently reported that he had spent millions renting a palatial home in Florida so the family could support Jennifer when she competed at an equestrian festival.

Zimbabwean news media reported earlier this week that the couple spent a few days at the exclusive Singita Pamushana Lodge in the baobab-dotted Malilangwe Wildlife Reserve.

The Gates foundation is also funding projects in Harare to tackle urban poverty.

Cape Town Disaster Risk Management Spokesman Wilfred Solomons-Johannes said diplomatic authorities at the US Department of State confirmed Gates's visit to South Africa for a "personal vacation" during which he also "attended to business of the Gates Foundation".

"He made his own private security arrangements during his stay in South Africa," said Solomons-Johannes.

The Sunday Times approached the Bill and Melinda Gates Foundation yesterday for an update on his condition, but had not received a response at the time of going to press.

Microsoft does not comment on private matters related to Gates.