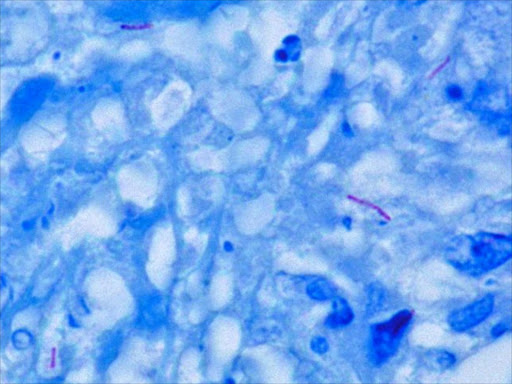 Mycobacterium tuberculosis Ziehl-Neelsen stain. The bacteria has been stained red to show up against the blue tissue.
Image: CDC

The study, published on PloS One, was done in order to figure out just how much more money the evolution of drug resistant strains of TB cost, given the lack of data on the subject.

According to the researchers drug resistant TB "consumed about 32% of the total estimated 2011 national TB budget of $218 million."

This is despite the fact that it only accounted for about 2.2% of TB cases.

While the researchers do suggest that perhaps a carefully monitored outpatient approach may reduce costs for treating extensively drug resistant  tuberculosis, they warn that their study was a cost analysis, not a cost-benefit analysis, so further study is needed to establish whether that would actually work.