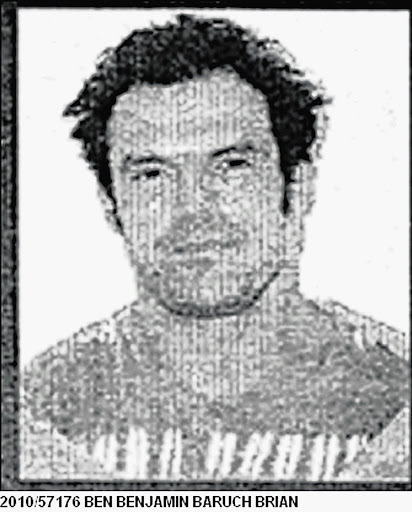 WANTED: A picture of Brian Wainstein as it appears on the Interpol website

A WANTED man who allegedly supplied aspirant sports stars around the world with millions of rands' worth of illegal steroids for a decade has been arrested in Cape Town.

Brian Wainstein, 47, who apparently has 10 aliases, will appear in the Cape Town Magistrate's Court this week to fight an extradition request by the US.

Wainstein had been living alone in South Africa for several months, said his attorney, Brett Carnegie.

"We were well aware of the charges coming and we're prepared to fight them. We have briefed advocates to contest the extradition vigorously," he said.

Wainstein, who has been nicknamed the "steroid king" in some countries, made a brief appearance before magistrate Zwelidumile Sogwagwa last week. He was released on R500000 bail.

US high commission spokesman John Hillmeyer said the embassy was alerted to his arrest by the South African police. "He had a red notice on Interpol, and the red notice was a result of an outstanding warrant in the Middle District of Tennessee for various narcotics violations. Our drug enforcement agency, the DEA, has been working with the SAPS on this case," said Hillmeyer.

South Africa has a mutual legal assistance treaty with the US and American officials have been cooperating with the country's Department of International Relations since October last year.

A warrant of arrest was issued in Pretoria on January 16. Wainstein was arrested three days later in Cape Town.

Details of an elaborate operation, which allegedly made and distributed anabolic steroids through a company called Axio Labs, are contained in an indictment by US prosecutors.

They say Wainstein ran a lucrative drug distribution operation with his wife, Siobhan Hatton, and others between December 2004 and November 2009.

According to US court papers, they had made a net profit of R76-million.

Another indictment against Wainstein, filed in a Tennessee court on June 7 2012, lists charges including conspiring to manufacture, possession with intent to distribute and distribution of anabolic steroids.

He also faces charges related to the false branding of drugs and smuggling human growth hormone.

The use of illegal steroids is a growing problem among school athletes in South Africa. The South African Institute for Drug Free Sport is tightening doping control measures and pupils are being tested for the use of steroids, diuretics, masking agents, hormone and metabolic modulators and stimulants.

The president of the SA Sports Medicine Association, Dr Glen Hagemann, said: "Anabolic steroids are schedule five drugs which are often taken by individuals [orally or by injection] to increase their muscle mass. They are thus used to bulk up, or to improve sporting performance. Unless prescribed under the guidance of a medical doctor to treat a relevant medical condition, it is illegal and often dangerous to use these products, because they have myriad side effects ranging from various cancers to heart disease."

Wainstein was convicted in Ireland for "supplying medicinal produce without a prescription".

Of the US charges, Carnegie said: "We've seen the papers and we deny it." He added that allegations would "be dealt with lawfully through the appropriate channels at the relevant time" and his client had "[undertaken] to, has and will continue to cooperate with the authorities at all times".