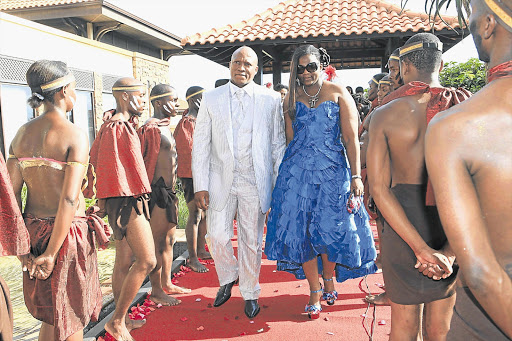 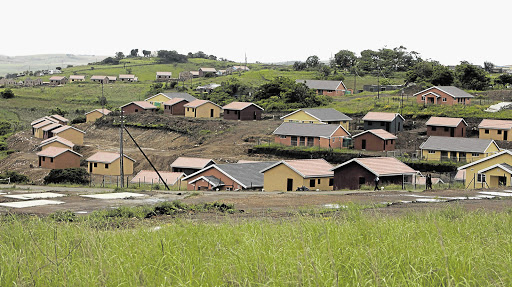 CONVICTED fraudster Shauwn Mpisane has been awarded government tenders worth more than R1.1-billion in the past seven years, despite fighting off a series of fraud charges and criminal investigations.

Details of the Durban contractor's wealth and "frustrating" investigations by the taxman and National Prosecuting Authority (NPA) into her lucrative business dealings have been laid bare in papers before the High Court in Pietermaritzburg.

Mpisane, 37, who has amassed a multimillion-rand fortune from building low-cost government houses, is facing fresh charges of fraud after being accused of submitting forged documents to obtain Construction Industry Development Board gradings, which were used to win government tenders worth R140-million.

Court papers detail some of the tenders awarded to her company between 2005 and last year. They include:

These major projects, as well as other, smaller tenders, bring the worth of projects awarded to her company in the past seven years to more than R1.1-billion.

In her affidavit this week, Mpisane said: "I have every intention to clear my name and to prove in the criminal proceedings that there is no basis for the allegations against me."

For almost a decade her company, Zikhulise Cleaning, Maintenance and Transport, has been the subject of several fraud and forensic investigations into alleged tender irregularities. In the court papers she described how the investigations were affecting her family and business.

"I am constantly incurring legal costs amounting to millions of rands. My family is being humiliated. I am not able to focus on my business because of this harassment by the national director of public prosecutions ... and all state organs that have the power to charge and frustrate my business are doing so all the time."

Last week, members of the NPA's Asset Forfeiture Unit, escorted by anti-corruption task team agents, swooped on her R25-million mansion in La Lucia, north of Durban, with an order to seize assets worth R140-million.

A fleet of 60 cars, worth more than R30-million, was attached.

Mpisane, who has been charged with 53 counts of fraud, forgery and uttering of a forged document, was granted R100000 bail in the Durban Commercial Crime Court on Friday last week.

In the affidavit, Mpisane said she wanted her fleet returned to her La Lucia home rather than pay daily storage fees of about R1000 a vehicle.

"That is R60000 a day ... that will amount to R1.8-million a month. [and] there is no likelihood that this trial will commence and finish this year."

She added: "The storage costs of these vehicles will deplete my estate and that of my family rapidly. It is not fair that I should be burdened with these costs when I have plenty of space at home to store the vehicles safely."

Mpisane revealed in the court papers that the value of her seven properties, which will also be attached, was about R68.3-million.

In her affidavit, she acknowledged that she was once convicted of tax fraud and had received a suspended sentence in 2005.

"At the time I was 24 years old ... [and] I had just started running my business and was ignorant of tax laws. I paid a heavy price for my mistakes and I am still paying as I am constantly being labelled a tax fraudster in the media," she said.

Deeds records show that Mpisane's company was founded in 1997 by her late mother, Dumazile Flora Mkhize, an eThekwini ANC councillor.

Mpisane had just turned 22 when she was registered as a shareholder of the company.

By the time Mkhize died, in 2008, the eThekwini municipality had awarded Zikhulise Cleaning, Maintenance and Transport in excess of R100-million in contracts, mostly to build low-cost houses.