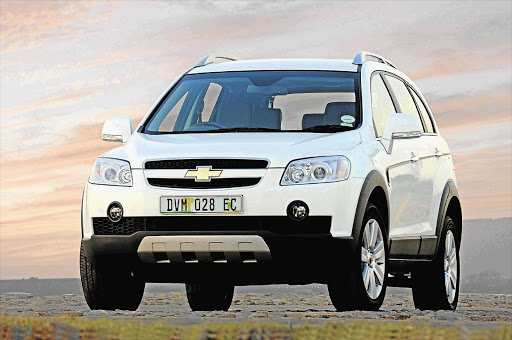 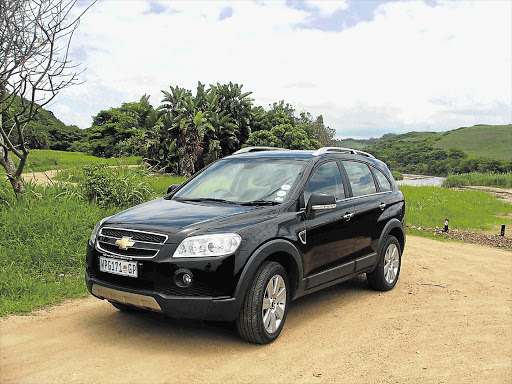 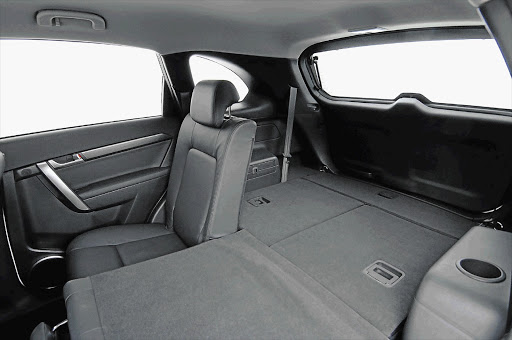 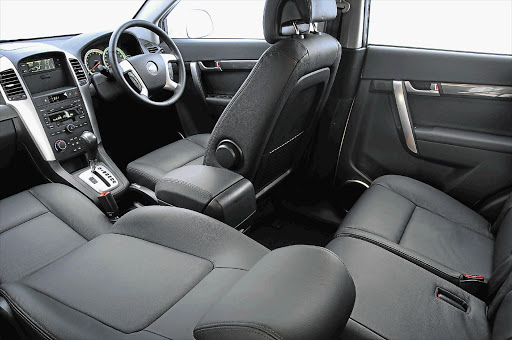 When people talk these days about buying used cars and they mention "the Koreans", they usually mean Hyundai or Kia.

But another Korean-linked manufacturer has made great strides in South Africa. It used to be firmly associated with the good ol' US of A, as well as "braaivleis and sunny skies".

Yes, I'm referring to the Chevrolet brand. A few years ago when Korea's Daewoo fell on hard times, it was rescued by General Motors (a company that, in recent times, itself became uncomfortably familiar with economic crises and bailouts).

What, at one time, looked like a misguided idea, with purists fuming that the Chevs being brought to SA were just disguised Daewoos, has turned out to be a real success story.

Chev now has a wide range of popular products in this country, from the little Spark Lite to the beefy Trailblazer, with Aveos, Cruzes, Luminas, Sonics and Orlandos in between - andnot forgetting the Utility bakkie, once an Opel.

The vehicle I want to look at today is the Captiva which, even new off the showroom floor, is a good-value seven-seater, starting at less than R320000 for the 2.4-litre petrol model, with six-speed manual gearbox and front-wheel-drive. It cost about R245000, new, five years ago.

My own experience of the Captiva was with a 2008 diesel-powered Chevrolet Captiva LTZ, a good-looking vehicle with plenty of road presence.

On a family journey we made the mistake of putting an adult in one of the rearmost seats, next to the luggage; the children (in the car seats) with their mother in the middle row and the remaining two adults in the front seats. We got to our destination all right, but with the long-suffering rearmost adult practically buried under suitcases etc.

A trailer would have been a better idea. Or you could put the luggage on the roof rails, as we did on the return journey, taking the precaution of protecting them with thick foam.

We also found that the two-litre diesel had a problem with turbo lag at pulloff, and you had to time the clutch nicely when pulling away, especially on a hill. But once you got going, the turbo lag disappeared, along with the diesel clatter, and highway cruising was a pleasure. (Newer diesel Captivas have 2.2-litres engines with a lot more power and torque.)

The one we drove was fairly luxurious, with leather seats (the driver's with electric controls); cruise control and sound-system buttons on the leather steering wheel; a storage bin/armrest between the front seats; climate control (not a dual system); a hill-descent function; park-distance control; auto-on lights and windscreen wipers; two cupholders behind the gearlever, one in each front-door bin, two behind the central storage bin for second-row passengers, and one for the left-hand rearmost passenger. (The right-hand rearmost occupant got a little flat storage compartment instead.)

There were six airbags and a power point for the front seats, one for the middle and one in the boot.

The Captiva, a large SUV, had permanent four-wheel-drive so we didn't get much better than 10 litres/ 100km. Legroom and headroom were excellent.

The rear door opened big and wide but had to be slammed hard.

There was even a dashboard light to show that the door was open - obviously, for a reason: the door was hard to close.

Apart from the park-distance beep warnings, there was a beep to tell you the lights were on, one to tell you the driver's belt was not fastened and one to warn you the key had been left in the ignition.

The driver's window had an auto-down function, but not auto-up. The rearmost seats had no opening windows and, as mentioned earlier, luggage space was minimal when all seats were in use.

These are both common problems in seven-seaters.

You'd probably get better fuel consumption in one of the 4x2 versions but in 2008 those came only with the 2.4-litre petrol engine, which may prove as thirsty as the diesel.

You'd still get the seven seats and you don't really need the all-wheel-drive.

Either would be well worth a look. Although Captivas are still relatively cheap for seven-seaters, new ones start at just over R320000.

Certainly that 2008 model helped change my mind about the "new Chevs".