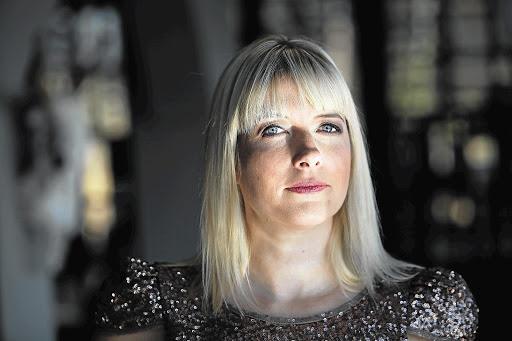 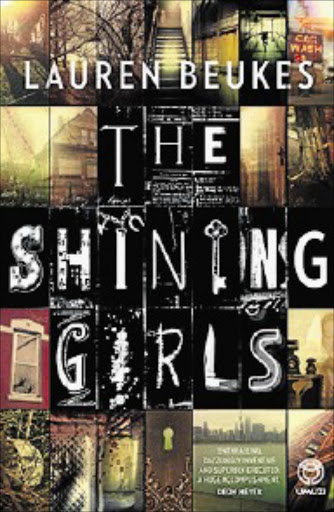 Tymon Smith speaks to Lauren Beukes, who shot to fame with her sci-fi novel 'Zoo City', about her latest book.

Lauren Beukes is certainly a shining girl of the local and international fiction scene, but unlike the women in her latest novel, who earn the label of shining, she's not due for a visit from a time-travelling serial killer any time soon.

Winner of the 2011 Arthur C. Clarke Award for Science Fiction for her previous novel Zoo City , "a gritty phantasmagorical noir" set in the slums of inner-city Johannesburg, Beukes's career has gone supernova at a speed that so many others only dream of. She has an international multibook deal - "somewhere in the six-figure range" - and plaudits from every corner of the globe. But as she reminds me over breakfast in a Joburg guesthouse: "To be a full-time novelist is a huge privilege and it's what I've wanted to be since I was five years old. It's only taken me 30 years to get here."

Beukes - blonde with sparkling eyes, a slight accent (the result of two years in the US), a forthright intelligence and a self-deprecating sense of humour - is easy to like, even when she's talking about serial killers and violence against women over fruit salad. She studied creative writing at the University of Cape Town and worked as a journalist, a job she sees as a good stepping-stone and one she still recalls fondly. "I still go on research trips and interview police detectives so I'm still doing some journalism, but it's in service of a book rather than articles."

Her 2006 non-fiction book Mavericks - Extraordinary Women from South Africa's Past was shortlisted for the 2006 Alan Paton Award and her first novel Moxyland was well reviewed, but it was with Zoo City - and Zindzi its heroine who must traverse the dark underbelly of a futuristic Joburg with a sloth on her back - that international audiences began to take notice.

The first novel of her new book deal, The Shining Girls, is set in Chicago during the last century before the explosion of the internet - a tool that Beukes has used very successfully to her own advantage. She's so addicted to technology that she employs a piece of software called Freedom that locks her out of the internet for periods so she can work on her writing without distraction. Her website offers fans answers to frequently asked questions such as "How do you pronounce your surname?" (answer: "Rhymes with mucus"), and "Will you send me an autographed picture?" (answer: "That kind of thing is best left to the Scarlett Johanssons and Anne Hathaways of the world, dontcha think?")

The Shining Girls, bought by publishers based on a 16000-word outline in 2012 and due for simultaneous release in four countries and translation into 16 languages this month, tells the story of time-travelling serial killer Harper Curtis who discovers a house in Depression-era Chicago that allows him to travel through time hunting his "shining girls". That is until one of them, Kirby Mazrachi, survives and spends her time in the pre-internet 1990s hunting him down.

Beukes had originally intended to follow up the success of her Arthur C. Clarke win with an "ambitious, really cool apartheid novel with a twist", but the book was proving difficult to write. While she "was bantering with someone on Twitter, just talking sh*t as you do", Beukes threw out the idea of a time-travelling serial killer.

"I realised that's the book that I need to write right now and I can do it really well. My agent was over the moon because obviously it's a very commercial, easy idea. It wasn't a grand strategy, it was pure fluke and I just came up with a good idea on Twitter, which happened to be absolutely marketable in many territories."

Having lived in Chicago, Beukes decided to set her novel there because she "wanted somewhere different".

"It has a lot in common with Joburg. For example, it's a very violent city ... it's one of the most racially segregated cities in America and also there's a lot of modernism there, it's the place that was the birth of the skyscraper. So there's a lot of 20th-century mash-up in there and I found that absolutely fascinating. Everything I wanted was there and I felt like I had enough of a feel for it to be able to write it authentically."

As for serial killers, Beukes - the mother of a four-year-old - was not overly interested in them until she decided to create one. She spent time listening to true-crime podcasts and decided that the only interesting thing about them "is that they're not these kind of sexy apex predators".

"They're generally not Hannibal Lecters, they're basically losers who can't get it up and this is the way they get it up. They're pathetic, cringing, awful, vile, violent men and they're contemptible."

It's in the genre of speculative fiction that Beukes has made her niche over the course of three novels since 2009. I ask her if she's worried that this will restrict her readership to young men who play video games and women who dress up as comic-book characters on weekends.

She replies: "I write what I like, I write the stories that occur to me. I wish there was a long-term strategy but I never set out to write a cyberpunk urban fantasy or whatever this is - it was the stories that occurred to me and which I decided I could write and do interesting things with. Afterwards people apply the labels and yes, a lot of people are put off by the science-fiction label, which is tragic and sad because there are some amazing science-fiction authors who do cross over.

"But I think there's definitely a taste for it. Stephen King is a perfect point of comparison because he does high-concept thrillers with monsters and aliens and all sorts of scary things but also they're very much about people. I might have more of a social edge."

Beukes says she finds it hard to let things go. "Not if you stand on my foot or slight me in your newspaper - I won't come to your house - but with social injustice, like murder and violence and apartheid, I find it hard to forgive those kinds of things." While her new novel makes no reference to South Africa it does touch on a relevant social issue, violence against women. But it does so in a way that she hopes will "allow us to talk about what's going on now in radically different ways and in ways that get over people's issue fatigue.

"Do we really want to talk about violence against women, especially after the last couple of months; is it not something we're just sick of and it feels like we're raging against this monstrous social fabric that we can't actually fight against? We feel helpless ... And I suppose this a way of exorcising some of those demons and dealing with it in a way ... that's a really engaging and interesting story. And to try and create people as real as possible and talk about what violence does to us as a society, what the personal impact is, the ripples it sends."

With her next novel, set in Detroit, due for delivery in September and plenty of air miles to be racked up promoting The Shining Girls, Beukes has had to put work on the screenplay for a Zoo City adaptation on hold. But she has plans for a sequel to that book and perhaps for the completion of her apartheid novel.

She says she'll keep trying to "write beautiful sentences as well as tell a good story that makes you think about the world, it's not just blood and guts".

"I've said to my agent that I want to write a Western and he's said, 'That's fine. You will make no money but if you want to write a Western, write it and I'll sell it.' It might become a financial consideration down the line but at the moment I'm completely free and I can go where I want and hopefully not be boxed in."