A day for old folks to feel young at heart again 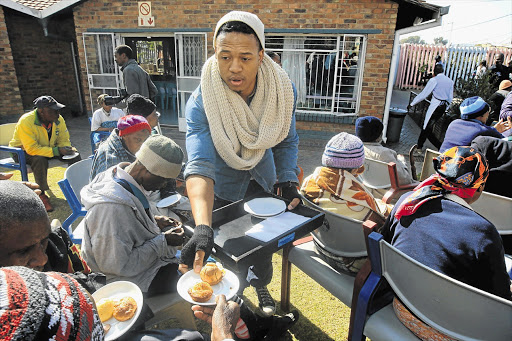 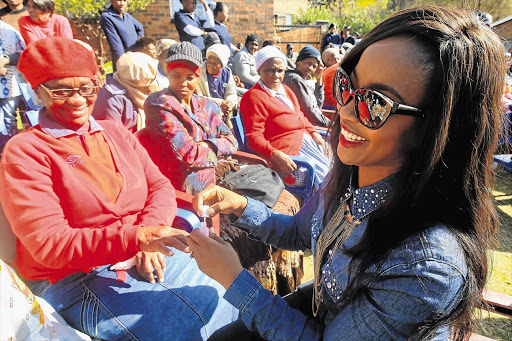 Mandela Day started early for a group of pensioners in Alexandra, Johannesburg, when celebrities treated them to a salon experience.

Lewis Tshabalala, 78, who lives at the Itlhokomeleng Home for the Aged, said he felt "young again" after Rockville actor Lehasa Moloi had shaved his beard.

"I really didn't know how and when I was going to get rid of this beard until this young man gave me a clean shave today," he said.

Moloi and personalities such as Nhlanhla Nciza, Karabo Mongatane, Bokang Montjane, Lorna (Maseko) Lukhele and Andile Ncube spent Thursday with the elderly to launch Mandela Day celebrations, for which people have been asked to donate 67 minutes of their time to a worthy cause.

Nciza and Montjane gave the older women manicures and pedicures, Lukhele alternated between cooking and painting nails, and the men managed the braai and groomed the old men.

"I feel so beautiful. I love my new nails," said 71-year-old Aida Mathebula.

These are not the only South African personalities who will be giving back for the initiative.

Some are taking part in Bikers for Mandela Day.

"The aim is to embrace Mandela's legacy of doing good and, in so doing, to inspire change in others' lives, with the emphasis on educating and engaging communities to positively effect change," she said.

Entrepreneur Shaka Sisulu, who co-founded the Cheesekids initiative, plans to take over the Pretoria township of Attridgeville.

He plans to refurbish the Flavius Mareka Secondary School, starting a garden for the community of the area and having a soup kitchen .