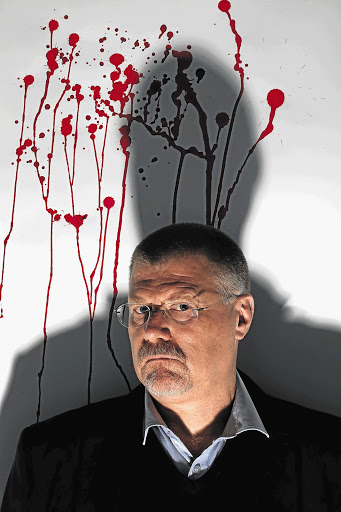 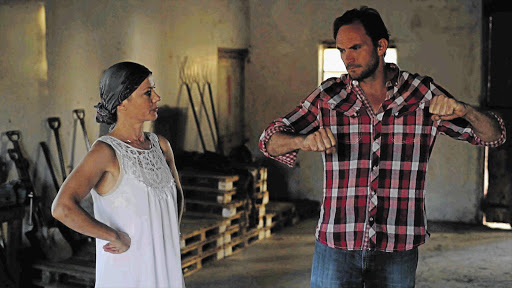 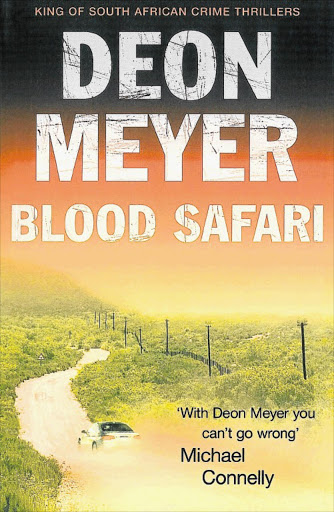 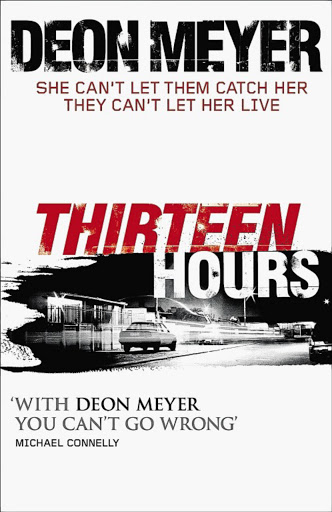 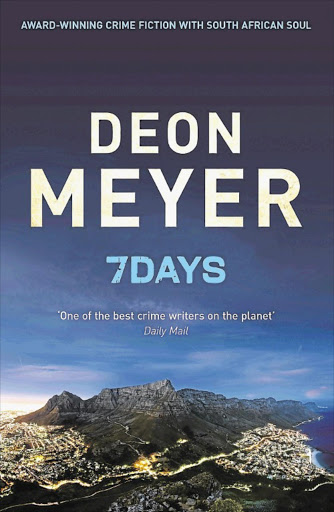 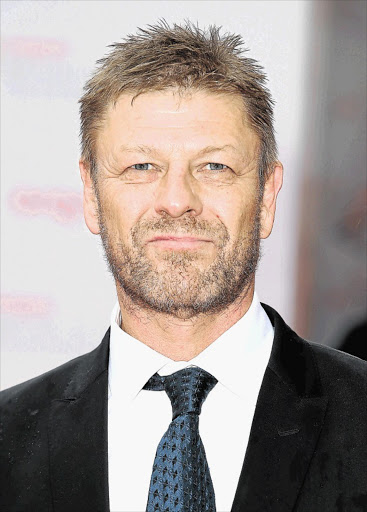 Deon Meyer recently visited Denmark, that drizzly factory of dairy products and inspired crime TV. "It's boring," Meyer told me in a Johannesburg hotel bar recently. "I think South Africa is a much sexier place. But what I think is irrelevant. What's relevant is how book-buyers overseas see South Africa. And in their eyes we're not as sexy as Scandinavia."

The Nordic crime recipe relies on the dramatic power of a superficially decent society hiding currents of repressed evil. It's hard to recreate a similar tension in South Africa; our evil bits are not well repressed, and our decency is not superficial.

To complicate matters, we are seen by the world as a vast zoo, in more than one sense - a sun-baked mass asylum prowled by wild beasts and slavering human freaks. That grotesque, dystopian fantasy has been cleverly monetised - with irony and sometimes cynicism - by artists such as Die Antwoord and Roger Ballen, and by films such as District 9.

And you can't really blame them. Weirdness sells, and naturally occurring weirdness is freely available. The fictional South Africa is partly co-written by authors from the real South Africa - the Marikana shooters, Oscar Pistorius, the warring Mandela descendants and countless other inventive miscreants. Increasingly, our chief export to the developed world is shock. It should be earning us more forex.

But Meyer's packaging of the South African dystopia is a different story. His novels hook and hold because they face down wickedness - deploying damaged but morally functional souls who tirelessly resolve the seething mayhem around them.

And Meyer himself is a commanding meta-sleuth: his intricate plotlines serve to tame the South African underworld with the weapon of story. Plausible heroes prevail, plausible villains are jailed or slain, imperfect love is found or recovered. Meyer scorns the laxities of post-modernity. If a diamond-smuggling, al Qaeda-linked sociopath is holding a Glock to your temple on a moonless night in the Limpopo bush, no amount of irony will help you sort out the problem.

Meyer sorts out that kind of problem, repeatedly and ingeniously. A fast-growing audience of millions appreciates the effort. German readers love him, and French readers love him. Michael Connelly loves him. Hordes of South Africans love him - but 90% of his book sales are abroad. Meyer is already making a tidy living from European royalties and advances, but the cheques could get ridiculous if he starts climbing the US bestseller charts.

And last weekend, Meyer added an intriguing plot twist by starting a second career - as movie director. Having already written the screenplay for the Afrikaans rom-com Jakkalsdans, Meyer unveiled his directorial debut, Die Laaste Tango, a romantic thriller set in the Karoo village of Loxton, where he often retreats to write.

It stars Louw Venter as a traumatised cop and Antoinette Louw as his love interest, a cancer sufferer who teaches him to dance the tango. Marius Weyers delivers a typically assured performance as an old policeman with a dark secret.

Die Laaste Tango is engaging but klunkily executed, and reviews have been mixed. The sensible advice for Meyer is that he should stick to his day job, but he is not about to give up. "The box office is such a strange animal," he says. "I'm extremely nervous, but I was nervous about my first book, too. It keeps one humble, so it's not a bad thing. I learnt so much that it would be such a pity to waste all that new-found knowledge."

Venter raves about Meyer's knack for working with actors. "He was really sensitive to the intricate emotional things happening for the characters," he says. "We experienced him as a performance director - which was surprising, because as a writer he's used to working alone and being in complete control of the process."

Meanwhile, Meyer's closest imaginary friend is also bursting into celluloid life: the boozy, tormented detective Bennie Griessel, the protagonist of his finest books, will soon be immortalised in a screen adaptation of Thirteen Hours, with English actor Sean Bean signed up for the lead role. Shooting will begin in Cape Town in September.

The casting of Bean works for Meyer - not that he wielded a veto. "The producers were very generous to ask me what I think," he says. "I don't really have a say, but they make me feel as though I do, which I really appreciate. I think Sean Bean is a great actor - I just hope he gets the accent right. He's got that lived-in face that I think Griessel would have."

(Here is Meyer's very first description of Griessel, in Dead Before Dying: "He was of medium height with a Slav face, a broken nose and black hair worn rather long. He wore a creased blue suit.")

Another bestselling novel in the Griessel trilogy, Devil's Peak, has been optioned by a French production company, with Sean Penn in talks to play a version of the Griessel character.

With any luck, the screen incarnations of Griessel will add another layer of dangerous glamour to the idea of Cape Town in the global imagination - do what Inspector Montalbano has done for Sicily, or what Lisbeth Salander has done for Stockholm.

Meyer has yet to confer any fictional glamour on Klerksdorp, where he grew up in a compost of books and dust. "My upbringing was very typically Afrikaans, Calvinistic, National Party," he says. "On the poor side of middle class. But my parents loved reading, and although we couldn't afford books, my dad was willing to take us to the library three times a week."

His father, who died 20 years ago, left school with a Standard 6 certificate to become an electrician and, eventually, a regional manager for an elevator company. But Neil Meyer's mind was omnivorous: he immersed his children in everything from classics to science fiction to O.Henry short stories. "When I was in the army, he wrote me letters and quoted from Shakespeare's Julius Caesar, from memory," says Meyer. "He did his apprenticeship as an electrician at African Theatres in Cape Town. And whenever they performed a Verdi aria, he would sing along and know all the words. He was a natural storyteller: he would come home and tell the story of his day, elaborated a bit. You just couldn't get enough."

Young Meyer also ventured outdoors into '70s Klerksdorp, meeting a few of the hard bastards that populate his novels. Dorp life gave him a few pointers on how to devise a fight scene. "You don't grow up in Klerksdorp without experiencing violence first hand," says Meyer. "And then I was in the army, so I've experienced my fair share. But no more than most South Africans my age. You extrapolate what you experience and you do your research, and hope it sounds credible."

He went to the Angolan border during military service, but didn't see combat. "It motivated me to study hard, because I found military life to be such a detestable existence." After a BA degree at Potchefstroom University (now North West) came an extended attack of journalism. "I was a reporter at Die Volksblad for about five years. I took my own photos, covered crime and everything else, which was a great preparation for writing novels. I met people from all walks of life, including a lot of National Party politicians, which was fascinating because they were mostly arseholes. And then you hear people complaining about the politicians of today. People forget very quickly."

Meyer's novels display his educated grasp of South Africa's past and present, and his deft control of political context has invited comparisons to John le Carré. But he declines any duty to provide a voice for a politically enlightened male Afrikanerdom - an antidote to the sour bleatings of Steve Hofmeyr.

"Once one starts feeling a responsibility to be a voice for something, that would creep into the writing," he says. "I'm not sure anyone finds the ideology of a crime author very important. My only responsibility is to get my children to see that constructive engagement is better than sitting on the sidelines and criticising.

"But I travel a hell of a lot, and I can tell you that in New Jersey the tar roads are worse than South Africa's. In Spain, local government is more useless and corrupt than ours. South Africans complain very easily. When I go overseas on book tours, I have to be an ambassador, albeit a very unofficial one, to talk about all the great things happening here. But not in the books. If you're not honest, you'll lose South African readers."

Even so, too much realism is anathema to good crime fiction. "This statistic holds true for any city or country: that 80 to 85% of all crime happens in disadvantaged communities, is domestic in nature or either drug- or alcohol-related. Now there's nothing sexy about that kind of crime, so we can't write about it. Iceland has got a huge crime fiction tradition, but they have virtually no murders, except people getting drunk and stabbing their wives or husbands. Crime fiction needs to be entertaining - that's why you make it up."

But Meyer doesn't make up police procedures and technology - and he doesn't fake his emotional allegiance to the average South African cop. "The sad thing is that there are 200000 South Africans in the police force, of which maybe 10% are bad and corrupt," he says. "The other 90% are good, honest people who do great jobs. I spent time with the Hawks in Cape Town, and was amazed by their determination and professionalism. They live for catching bad guys; you feel you have to put them on a leash. The reason our prisons are so full is that a lot of criminals get caught."

His wife Anita is a home-maker and photographer: together they have published a cookery book, Kom Eet. Meyer's two children by a previous marriage have flown the nest: daughter Lida is a movie producer who worked on Die Laaste Tango, and his son Johan is studying physiology in Stellenbosch.

Whenever he gets a chance, Meyer unleashes his BMW motorcycle and makes a break for the platteland, touring back roads for weeks on end. New stories germinate inside his helmet. "You can't answer cellphones - you escape everything. I love the immersive nature of the experience: you're insulated and isolated, so it becomes a wonderfully creative space to be in."

Does Anita enjoy his biking odysseys? "It does worry her. But she understands that I need it, in order to be an easier human being to live with."

His usual routine is arduous: whenever possible, he writes from 5am to midday, daily. But the start of a new novel exhilarates him. "It's an almost indescribable process, because it's so organic. You'll have the kernel of an idea, and then serendipitous things start happening. You read something here, and you hear something here. Subconsciously you start fitting them onto the kernel of a story, and some stick and some don't. It slowly gets bigger and there's a certain threshold at which you realise, OK, this is the next story."

Meyer says he gets complaints about swearwords and blasphemy from Afrikaans tannies, and from the US Bible-belt states. "In Heart of the Hunter, in which a soldier kicks a dog, a lot of British aunties complained. This in a book in which people are killed left, right and centre - but how can you include cruelty to a dog?

"I normally reply by saying: I absolutely respect your point of view. But the wonderful thing is that we have free speech in South Africa, and can choose what to read. I hope you respect my right to use the language I want, and if you choose not to read my books I will absolutely respect that."

Most of those furious tannies will quietly choose to read the next novel by Deon Meyer. And he will respect that, too.