Hooked while busting a rhyme 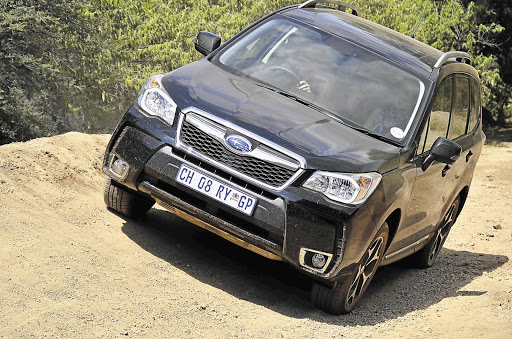 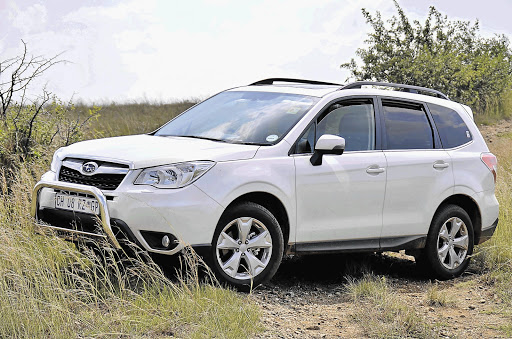 One of the hip-hop songs making waves is Bugatti by Ace Hood, featuring Rick Ross and Future.

It is not a masterpiece . D on't be fooled by the great machinery they sing about.

This is just one of those tracks in which you are not sure what these guys are going on about; but somehow you find yourself liking it.

What got me playing it at top volume in the Subaru Forester XT was the hook, which is very catchy and somehow fits well with the car.

There I was, happily driving along the N14 to Pretoria, singing at the top of my voice, when I changed the hook to fit the beast I was driving.

Onlookers stared at my friend and I as we bobbed our heads, bellowing "I woke in a new Subaru [Bugatti]."

Those who don't know the song are probably wondering just how that one line can cause such havoc?

I have dubbed it the Macarena of hip-hop.

Well, it is all in the street credibility as the Forester held its own as an SUV. It felt right, as if I was riding slowly in a hip-hop video and all I needed were some gold chains, a grille and maybe even a change of name to Lil Tums.

I'd keep the stunning rims because they would fit in nicely with my street look.

Okay, let us happily burst that bubble because, in all honesty, that thought is scary.

Though it is indeed a silly song, it reflected my true feelings about the Forester - that this car is not for the faint-hearted, the whimsical type who still believes in fairies and unicorns.

It is for that girl who wears fashionably unacceptable Cat sneakers and goes hiking and mountain climbing during weekends while gran takes care of the kids.

This is the perfect car for a woman who lives an active lifestyle but still has the responsibilities of tending to her loved ones.

It is a compromise car which looks and feels like any ordinary family vehicle, but drives like a Subaru.

Subarus are not known for stunning looks. At one time it seemed as if the manufacturer wanted to make them look beastly. So you will have to pardon the Forester's looks; it is not the most stunning car, although Subaru have managed to make it a little softer on the eye and its size does grab attention.

The AWD element makes it fun to pick out the oddest parking spaces and it is well-specced.

It has a neat interior - not breathtaking but with all the necessary bells and whistles, including dual air-conditioning, USB, Auxiliary ports and a rear camera to assist you when you reverse. It has a two-litre turbo engine, which makes it very thirsty.

You can change the car into X-Mode, which is super cool; this changes the characteristics of the throttle, traction and hill-descent control to better suit off-road driving. It is not cheap but it is worth the price, starting at R529000.

It is not for the cardigan-clad mom who bakes for the school cake sale every year and looks like Bree from Desperate Housewives .

Only those with swag can drive it. Before I start liking Lil Wayne, let me leave it at that and steal a line from another hip-hop track: This car be dripping with swag goo. 'Nuff said!