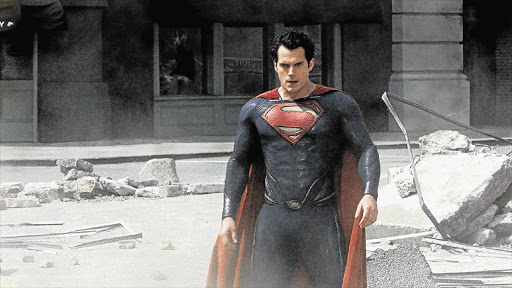 Henry Cavill as Superman in a scene from 'Man of Steel'.
Image: SUPPLIED

There's no such thing as just a comic book hero anymore. From big-screen films and small-screen animation to books, clothes and makeup, the hero business is big business.

Two decades ago, the only place to find the X-Men was in the pages of comics and on Saturday morning cartoons. Now, they, and others, like Superman, Batman and the zombies from The Walking Dead are cultural juggernauts, crossing over into everything.

And nowhere is that more evident than at Comic-Con International.

Once just 300 or so attendees in a hotel, the event now hosts more than 100,000 visitors over four days and is a top destination for film and television companies, not to mention marketers of apparel and other products, too.

Attendees can wear Avengers perfume while walking in Converse high-tops that have the Joker or Batman on the sides. They're buying glass tumblers with Marvel superheroes on them, T-shirts that bear the logo of Green Lantern, and hats with The Flash lightning bolt on the front.

It's no surprise, either, said Rob Salkowitz, a consultant and author of "Comic-Con and the Business of Pop Culture." Comics have been a foundation of entertainment for decades, but since the 1990s, the advent of better technology in film and TV has seen what was once a staple of four-color comics transform into visual spectacles.

"Superheroes were created because it was a good fit for the print technology in the 1930s and 1940s," Salkowitz said. "What happened in the late 1990s is the technology for video games and movies finally got good enough to realize the imagery of comic books in a satisfying way."

To wit, Bruce Banner's eye-popping transformation into the Incredible Hulk is easy to do, and realistic.

Now, there's a demand for content to fill stories of all stripes.

Brian Michael Bendis, who writes for Marvel Entertainment, had a pilot shot for his "Powers" series that he does with Michael Avon Oeming.

Kirkman is also going into television again with "Clone," a comic series created and written by David Schulner for his Skybound imprint. On Saturday, it was announced that "Clone" had landed a development deal with NBCU.

Schulner credited Kirkman for guidance in doing that, too.

"I knew if I went off the rails too badly, Robert would be there to put me back on track. Now I've been writing the comic for two years - issue No. 9 comes out next week - and I just finished writing issue 15, so to be able to turn it into a television show is just icing on the cake.

And it's not just heroes, either. Archie Comics' Sabrina was turned into the popular TV sitcom "Sabrina the Teenage Witch" starring Melissa Joan Hart. It ran for seven seasons.

Salkowitz said comics have "70 years of backstory" and an "emotional resonance" on nearly everyone.

"It becomes a very easy thing for Hollywood and video game manufacturers to plug right in to this existing mythology," he said. "They don't have to invent it all themselves. They don't have to jumpstart universes."

It boils down to loyal, enthusiastic fans, and the comic book companies have that.

"Every brand wants raving fans, they don't want consumers. They want fans, people who are participating," Salkowitz said. "Look around. Comics have fans."