Defending the profits of the 'peace' industry 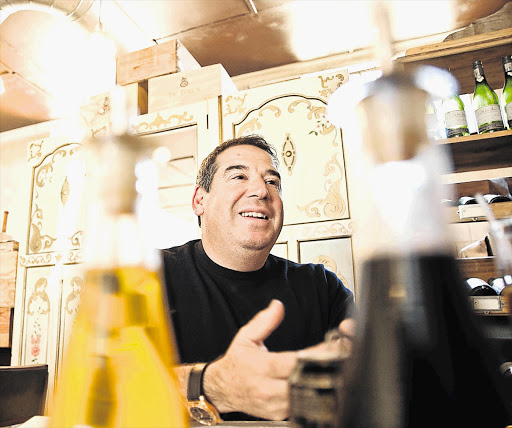 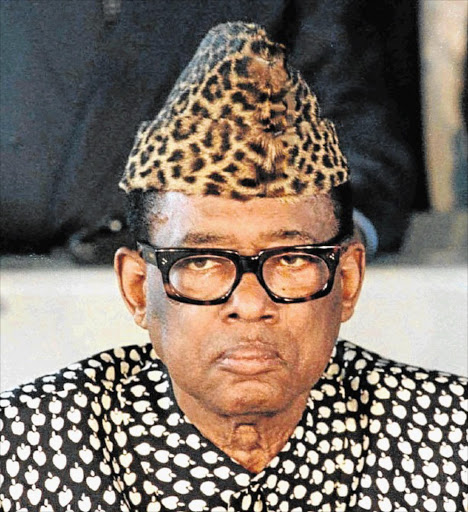 Ivor Ichikowitz says he is not an arms dealer. He says this almost as soon as we sit down for lunch at the Thomas Maxwell restaurant in Parkmore, where he goes every two or three months. He does not eat out much any more; either he is out of the country or he is negotiating deals at home in Sandhurst, where he has a chef.

"I used to spend so much time working my way through the room rather than sitting down and having a quiet lunch," he says as we order French onion soup and steak - a simple enough meal for a man who dines with heads of state and dictators.

As head of the Paramount Group, Ichikowitz is the most influential supplier of defence and "peacekeeping systems" in Africa. He says his business is all about relationships and his priority is to get close to key power brokers.

But do not refer to him as an arms dealer. It upsets him and he says it is not true - the business does not sell firearms and bullets. Instead, he says, Paramount is a global manufacturing company in a diverse range of hi-tech industries. Ichikowitz does acknowledge that "unfortunately, peacekeeping is not only about keeping peace, but also about enforcing peace".

Not many South Africans are aware of just how major a player Paramount really is on the global business stage. But hardly any Boeing or Airbus would be able to take off without Ichikowitz, because the aircraft use components made by Paramount in South Africa.

It seems a hazy distinction: What exactly distinguishes a "defence" company from an "arms" company?

Ichikowitz says Paramount only deals with sovereign governments that have the mandate of the people. But this can be a grey area: take for example President Robert Mugabe declaring himself victor in a free and fair election. (He does not deal with Mugabe, says Ichikowitz.)

And he maintains that the defence industry is one of the most transparent in the world.

"Many of my meetings take place in state houses and presidential palaces around the world. You're rubbing shoulders with the inner circle of global power. But there's no space for intrigue," he says.

There are some things he will not do, however.

But governments can do what they want with arms once they get hold of them. And there is a range of things Paramount manufactures that could be bad news for citizens of a country if they ended up in the wrong hands.

"We do our homework. There are many countries that are 'villainised' for political reasons, where the facts are not as they appear. We are probably in the most regulated industry in the world, probably way more regulated than the banking industry ... and the South African government would not allow us to supply countries that would be inappropriate."

Although Paramount does not disclose its financial data, Ichikowitz says he has set a target of achieving more than $1-billion (about R10-billion) in annual revenue in the next few years. The company operates in 28 African countries and six years ago expanded to Asia, eastern Europe, the Middle East and South America. Recently, it bought the distressed ATE South Africa, one of the country's oldest aerospace companies.

Ichikowitz says Paramount is owned by a "consortium of global investors", headed by him . Armoured vehicles and aircraft might be what people focus on in the catalogue, but the company also provides more mundane things such as hospital beds, electronics, tents, cutlery and training. It supplies emerging markets that other defence contractors might find too small.

One of Paramount's recent big successes was to trump companies from the US, Germany and Israel for a large Brazilian tender to "clean up" the country's slums ahead of the 2014 Fifa World Cup and 2016 Olympic Games.

"We didn't just win on price; we were not the cheapest. We won on the basis of technology," says Ichikowitz.

He is close to President Jacob Zuma and flew him in a luxuriously converted Boeing 727 to Lebanon and Kazakhstan for ANC fundraising and business meetings in 2007. He says Zuma should be allowed to get on with leading the country and is hampered because he does not have ultimate control. "What we have in South Africa is democracy gone mad."

Ichikowitz says he "grew up" in the ANC. "I was a very innocent, very naive kid from Springs ... I knew there was something not so cool going on, but I never completely understood the reality of the impact [of apartheid] until I got to university."

He joined the drama school at the University of the Witwatersrand and studied African literature because it was "the easiest option".

The week he started, detention without trial became a reality, so Ichikowitz got involved in protest theatre and, by default, started working with the ANC's cultural department. He learnt the business of theatre largely from impresario Taubie Kushlick, with whom he worked for years.

The arms business started when he met Rwanda's Paul Kagame shortly after the 1994 genocide in that country. Kagame needed an army and military equipment, but he had no money.

So Ichikowitz found South African Defence Force equipment that was being sold off, did a few deals and within weeks Kagame - who became president in 2000 - had the arms he needed. "Today, Rwanda has been able to attract huge foreign investment because it has certainty."

Ichikowitz started packaging military equipment to suit a country's needs. He would arrange financing on condition that the buyer hired Paramount to look after maintenance.

Now Paramount employs about 2500 people, of whom more than 60% are engineers or have other skills. It has five manufacturing facilities in South Africa and others around the world, some in partnership with various governments. The group is also training its own engineers.

Ichikowitz also runs venture capital company TransAfrica Capital, which has investments in retail, media and tourism. Then there is the Build-A-Bear franchise. As incongruous a pairing as weapons and cuddly bears might seem, his wife Debbie, a former teacher, wanted to be involved in something that could make a difference for children in a positive way.

One venture that did not work out was his effort, with Gijima's Robert Gumede, to rejuvenate the Gauteng Lions. "We got involved in rugby because we felt that, in the process of transformation, South Africans of all races had found a way to do business together and politics together - but we didn't do leisure together."

He says they discovered that "the Broederbond was alive and well and living in Ellis Park Stadium 18 years after the transition".

He lobbies the government loudly, robustly and at every opportunity - "I realised this continent had potential way beyond our wildest dreams."

But the problem was that people who made money did not invest in the continent.

"When I started drilling down as to why, they didn't have any faith in their governments to protect their assets. I realised that [without] defence capability and security, this continent would never grow."

He says an increasing number of African governments have the ability "to do something about conflicts".

"When I started this business nearly 20 years ago, there were more than 100 active conflicts in Africa. Today there are between 15 and 20," he says.

An admirer of dictators

Ivor Ichikowitz does not buy the West's propaganda about Africa's dictators.

He has only good things to say about one of the continent's most hated men, Mobutu Sese Seko, who enslaved Zaire before it became the Democratic Republic of Congo.

"He wasn't the ultimate dictator. He was a strong, powerful leader loved by many of his people, able to hold Zaire together. Look what has happened since the country has not had a strong leader."

One of Ichikowitz's greatest regrets is that he did not get to meet Ugandan president Idi Amin, well known for his brutal regime.

"The persona of Idi Amin was created to a large extent by the English press."

How does he know that?

Yet he has an instinct for knowing when not to trust someone, it seems.

The Paramount group was on the brink of doing a big deal with Libya and Muammar Gaddafi a few years ago.

"He was larger than life - incredibly flamboyant, incredibly intelligent. It was at a time when the West had dropped all its sanctions against Libya and was re-establishing ties." But something did not sit right with Ichikowitz and he walked away when he realised that he did not feel he could trust Gaddafi.