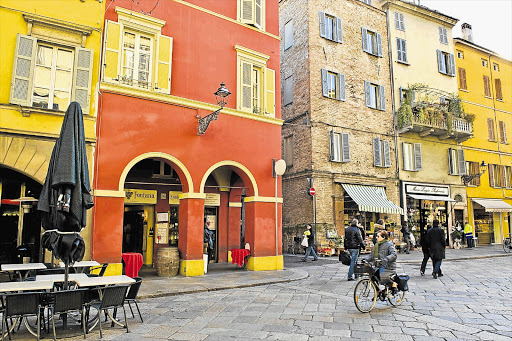 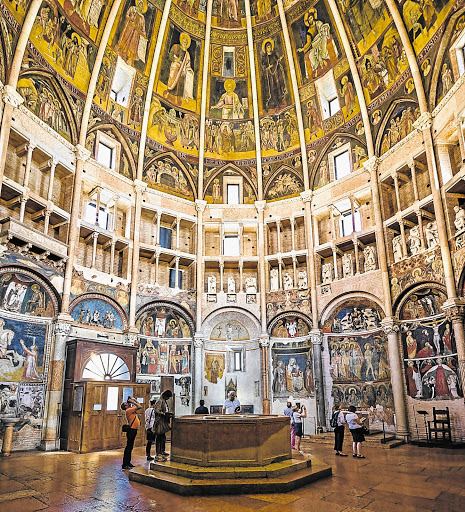 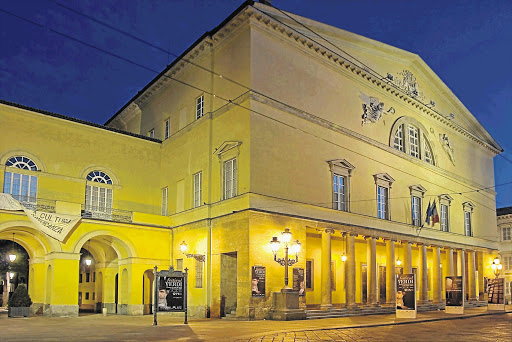 To mark 200 years since the birth of Verdi, Lee Marshall explores the composer's northern Italian home town, Busseto, and nearby Parma, whose opera house is almost as famous as its food

Parma distils all that is best about Italy's cultured northern towns. Big enough to have a wealth of sightseeing draws, it's also compact enough to make for a perfect leisurely but short visit. And like so many other historic Po Valley cities, Parma has a strong and proud sense of regional identity.

One expression of this is the way it has elevated a taste for the good life into a global brand: made by a galaxy of mostly family firms to strictly regulated standards, Parma ham and Parmesan cheese are served across the globe from Toronto to Tahiti.

But Parma is also one of Italy's great music towns. While not as well known as La Scala in Milan or La Fenice in Venice, the city's Teatro Regio (teatroregioparma.org), founded in 1829, is considered by opera buffs to be one of the true homes of the great Italian tradition, and the well-informed audience is famous for giving voice to its approval or disapproval - not just from the gallery.

Singers have been known to walk out on productions after ferocious first-night boos, with insult added to injury when the hotel porter - loyal to his fellow music lovers - refuses to carry their luggage to the waiting taxi.

Parma is, of course, Verdi territory and the bicentenary of the composer's birth in nearby Busseto on October 10 1813 (some authorities argue for October 9) was celebrated with a special edition of the Teatro's annual Verdi Festival last month.

Even if you're not lucky enough to take in an opera or concert at the Regio (an event that requires some serious planning), it's worth going on one of the guided tours of the Teatro (Tuesday-Saturday, 10am-1pm and 3pm-6pm). The richly gilded auditorium we see today is largely the work of set designer and decorator Giuseppe Magnani, who worked closely with Verdi on the Cairo premiere of Aida and went on to design sets for 20 of his operas.

The Regio was built under the reign of Marie Louise, Napoleon's second wife, who was awarded the Duchy of Parma at the Congress of Vienna in 1815, and whose mild nature and good works in her 30-year reign endeared her to her subjects.

An earlier duke, Ranuccio I Farnese, commissioned the delightful Teatro Farnese (Palazzo della Pilotta, gallerianazionaleparma.it, open Tuesday-Sunday, 8.30am-2pm) in 1617 as a princely viewing platform for Baroque pageantry, with a Roman-style cavea in the arena where tournaments and even scaled-down naval battles could be staged.

Destroyed in an Allied bombing raid in 1944, the wooden theatre was painstakingly reconstructed after the war, and today it acts as the entrance foyer for Parma's other great Farnese-dynasty legacy: the Galleria Nazionale. For me, the gallery's prize exhibit, Leonardo's La Scapigliata, is perhaps the most moving of the Renaissance genius's many masterpieces: a study of a young woman's head in umber, green amber and white lead, it has often been considered a preparatory drawing for another work, but this damsel radiant with inner joy is no quick doodle, and there is evidence to suggest that it was produced on commission for Isabella d'Este.

Whatever its status, it's a ravishing tribute to feminine grace - as, in a more coquettish vein, is Parmigianino's Turkish Slave, another of the gallery's highlights.

Another kind of grace, of a more simple and devout variety, is on display at what is perhaps Parma's single standout monument: its 13th-century Baptistery (Piazza Duomo, open daily, 9am-12.30pm, 3pm-6.30pm) in blushing-pink Verona marble. The building's architect, Benedetto Antelami, was also responsible for the sculptural decoration inside and out, in which themes from nature, courtly life and astrology merge with Biblical themes; you can still feel the Classical heartbeat in these scenes, seven-and-a-half centuries after the demise of the Roman Empire.

In Parma, culture is about more than art, architecture and music. It permeates a city where even shopping - at least in the centro storico - is a civilised activity, not monopolised by global chains. It's there, too, in the local passion for good food: get into a discussion about prosciutto di Parma, or the region's other two cured ham specialities, culatello di Zibello and spalla cotta di San Secondo, and you might as well be arguing the finer points of quattrocento gold-background painting.

Except that rather than a gallery, your sounding board will be the many delis, wine bars and trattorias of a city that regards gastronomy as one of the liberal arts.

Born in the village of Roncole, Verdi soon moved to the nearby town of Busseto (40km northwest of Parma) with his family. Like many provincial market towns in northern Italy, it had a lively amateur music scene, and after his studies in Milan, Verdi became the local music master. In the years of his fame, he would develop a love-hate rapport with his town. He saw it as a welcome refuge from his globetrotting career, but he was infuriated by the bourgeois morality of the place. When Busseto made plain its disapproval of his live-in lover and eventual second wife, the soprano Giuseppina Strepponi, Verdi pointedly chose a villa just across the border, in Piacenza province, as the couple's country retreat and love nest. This surprisingly modest perch, Villa Verdi (villaverdi.org) is a good place to begin a tour of le terre verdiane - Verdi country.

Afterwards, pop into nearby Il Casello, a wonderful Parmesan dairy that belongs to a family who were once the composer's own personal cheesemakers. Then head back into Busseto itself and look into the delightful little Teatro Verdi (guided tours via the tourist office, bussetolive.com), inaugurated in 1868 and the venue for a jewel of a Verdi Festival in October that over the years has attracted talents such as Toscanini, Franco Zeffirelli and Riccardo Muti.

Give the disappointing and overpriced Museo Nazionale Giuseppe Verdi a miss, and head instead for lunch or dinner at wonderful Salsamenteria Baratta (Via Roma 76, closed Mondays, average R400 a head), a good-value deli-restaurant where Verdi memorabilia vies for space with cured culatello hams.

WHERE TO STAY: Parma's standard hotels are still firmly stuck in the era of the commercial traveller. Better to look at an upmarket "residence" such as Palazzo Dalla Rosa Prati (palazzodallarosaprati.it, doubles from R2500), which for location, charm and service stands out from the crowd.

WHERE TO EAT: Though the creative, Michelin-starred Parizzi (Strada della Repubblica 71, closed Mondays, taster menus from R975) is perhaps the city's culinary high point, most locals would argue that Parma's foodie soul is to be found in its trattorias.

Among the best are La Greppia (Strada Garibaldi 39a, average R520 a head) and, 11km northeast of the city, the cheap and cheerful Il Cacciatore (Via Aia 15, Frassinara di Sorbolo, average R380 a head).

La Gatta Matta (Borgo degli Studi 9a, closed Sundays and Mondays, average R570 a head) is a compromise between high and low, offering creative takes on the local tradition in a relaxed, elegant bistro setting.

GETTING THERE: There are no direct flights between South Africa and Italy. The best option is to fly to a major hub such as London, then take a budget flight to Parma.