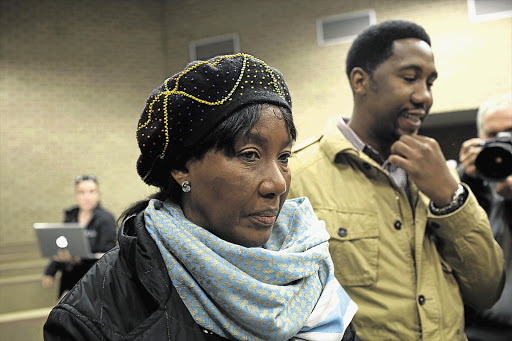 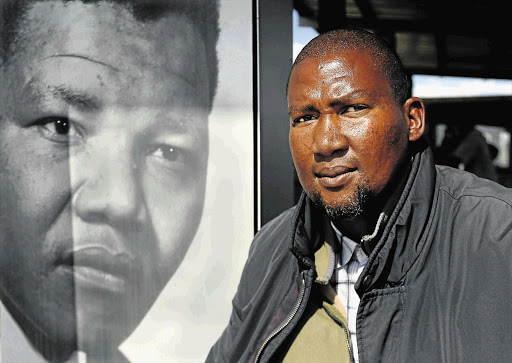 THE Thembu royal family has stepped into the Mandela family's succession feud after it erupted anew this week.

The row centres on who is to head the household: Nelson Mandela's eldest grandson, Mandla, 39, or the statesman's eldest living daughter, Makaziwe, 59, who apparently "called the shots" at his funeral in Qunu, Eastern Cape.

A spokesman for the Thembu, Chief Daludumo Mtirara, accused Mandela's former wife, Winnie Madikizela-Mandela, of embarrassing behaviour and "propaganda" after she issued a statement earlier this week that named Makaziwe as the head of the family.

"[The] Mandela house is one of the houses of King Ngubengcuka. In our history we have never experienced such embarrassment, where the former wife or wife-in-service misleads the public through misinformation or ignorance to advance personal interests at the expense of our custom," said Mtirara.

The royals intended to call a meeting of the houses of Mtirara, Mnqanqeni and Mandela in the Thembu royal family. It was expected to reflect on observations made during the funeral and to remind the family about Mandla's role as its head, he said.

Mandla and Makaziwe, the two main protagonists in the drama, were said to have settled their differences last week.

Mandela's friend, the Rivonia trialist lawyer George Bizos, said the icon's passing had persuaded the family to make up.

If there was indeed a truce, it was short-lived. Last week, Mandla was locked out of the family home in Qunu and had been ordered to remove his livestock from the estate.

Mtirara accused Makaziwe of making critical decisions during preparations for Mandela's funeral without having consulted Mandla. He said the royal family believed Madikizela-Mandela's "propaganda" could exacerbate the rift.

Madikizela-Mandela's statement said that Makaziwe, along with her sisters Zenani and Zindzi (the children of Madikizela-Mandela), "in accordance with customary law and tradition" would head the family and make decisions.

"To this end, there is no misunderstanding or debate," said Madikizela-Mandela's spokesman, Thato Mmereki.

"Mr Mandla Mandela is respected as one of Nelson Mandela's grandchildren, the next generation of the Mandela family," the statement added.

In response, the royal family said Madiba himself had made it clear to them in 2007 that he would hand over his traditional spear to Mandla Mandela.

The spear implied that Mandla, chief of the Mvezo tribal authority where Mandela was born, would preside over all the Mandela house's cultural, customary and traditional ceremonies, including ritual events, the Thembu royal family said.

A source close to the Mandela family said although the former president had fast-tracked Mandla and helped him to become the chief of Mvezo, he had had a soft spot for Makaziwe.

Mtirara said Makaziwe, Zenani and Zindzi, as the daughters of Mandela, were expected "to advise Nkosi Zwelivelile Mandla Mandela as and when required. We do not expect them to do as they wish while there is a son of the Mandela house who is entrusted with the traditional spear to preside over all customary and other ceremonies."

Earlier this week, it was reported that the feud had caused the cancellation of traditional rituals that were to have been held, ahead of the funeral, in Mvezo, where Mandla is chief. It also emerged this week that Makaziwe had called the shots at Mthatha Airport when Mandela's body arrived from Pretoria.

"She commandeered everyone, including ANC people," a government official said.

One of his aides gave "tensions" in the Thembu royal house as a reason for his silence.

A chief close to Dalindyebo said the king was upset because the government, with the help of Makaziwe and Mandla, had organised the funeral without consulting the royal house.

One traditional leader said Makaziwe had ordered that traditional leaders, including Dalindyebo, had to wait at the edge of the runway - instead of in the VIP lounge - when Madiba's body had arrived at Mthatha.

Yesterday, Mmereki said Madikizela-Mandela would not comment any further on the issue.

"Mama is still in mourning and will not say anything for a good three to four weeks," he said.

"When she is ready, she will set the record straight."

Makaziwe, supported by other members of the Mandela family, took on Mandla in court this year and obtained an order against him.

Mandla had exhumed and removed Mandela family remains from the Qunu graveyard, where Madiba was buried on Sunday, to his own homestead in Mvezo. He had acted without permission.

The court ordered that he return the remains to their original resting place.