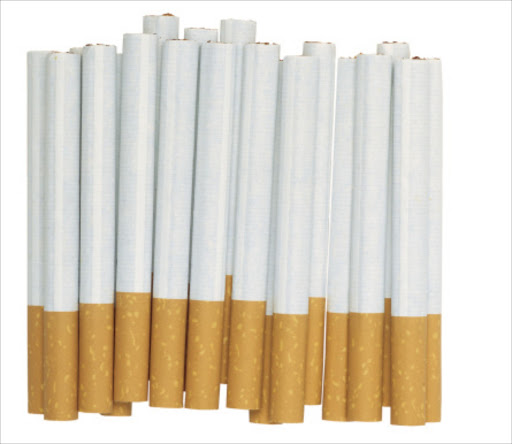 Relatives of Zimbabwean President Robert Mugabe are being linked to illegal tobacco smuggling networks suspected of bringing more than R500-million in contraband through South Africa's borders.

Zimbabwe-based Savanna Tobacco is owned by a prominent Zimbabwean businessman, Adam Molai, who is married to Sandra Mugabe, one of Mugabe's nieces.

Molai has previously worked with Sandra as co-director of the Zimbabwe Tobacco Growing Company.

Savanna's main brand, Pacific cigarettes, has been found in concealed consignments by police in South Africa and abroad, according to two private investigators who track tobacco busts and work for the industry to counter the trade in illicit tobacco.

The products have been linked to a huge tobacco smuggling operation whose base in South Africa was shut down in 2010 by SARS, which is engaged in a crackdown on the country's illegal tobacco markets.

Images taken at the scene of two busts in South Africa and one in Zimbabwe show the extent of the smuggling operation.

Case numbers that relate to these seizures emphasise the progress of the investigation. However, the Hawks and the police did not confirm their involvement.

SARS has refused to confirm or deny whether it is investigating Savanna, citing the confidentiality requirements of the Tax Administration Act.

The frequency of the busts, the methods used and the quantities of illegal Pacific cigarettes found have led sources close to the investigations to claim that Savanna has been centrally involved for at least four years.

It also increases suspicions that Zimbabwe is using smuggling to keep its economy afloat.

President Mugabe has openly supported Savanna. A year ago, he accused rival British American Tobacco (BAT) of spying on Savanna and hijacking its trucks. "If this is what you are doing in order to kill competition and you do it in a bad way, somebody will answer for it," Mugabe warned.

Boxes of cigarettes that can be made for as little as R1.50 are easy to slip into the local market to avoid the R13 tax a box. Whereas popular brands of cigarettes can retail at R35 a pack, illegal cigarettes sell for between R4 and R12 a pack. With margins approaching 1000%, the illicit trade has become one of the largest elements in organised crime in South Africa.

According to research commissioned by the Tobacco Institute of South Africa, which is predominantly funded by BAT, 9.5billion illegal cigarettes with a street value of about R4-billion were smoked locally last year.

Similar busts have been made in Mozambique and at a border post between Zambia and Namibia, according to private investigators.

Evidence from the Plumtree train bust showed that the smuggling route had its origin as Savanna's factory in Zimbabwe and South Africa's black market as its destination.

In the Plumtree bust on October 12, Zimbabwean police confiscated 40 tons of illicit Pacific cigarettes that had come from Bulawayo. The train was said to be carrying gum poles.

Records reveal that between September 2012 and August 2013 at least 23 shipments with 44 wagons of "gum poles"had followed the same route.

A number of these consignments appear to have arrived at the South African business PFC Integration.

According to an investigator who has studied the operation, PFC is "not into the gum pole business at all".

PFC is linked to South African businessman Paul de Robillard. He is listed as a director of a number of PFC-related entities, including PFC Integration.

Documents also suggest that a truck registered to Rollex Harare had been used to transport Savanna's products from its factory in Harare to the train station in Bulawayo.

Rollex was previously headed by De Robillard before its sale to the now delisted UK firm Lonrho.

De Robillard is a business associate of Edward Zuma, the eldest son of President Jacob Zuma, as well as Yusuf Kajee.

Kajee and De Robillard, through Rollex and Kajee's former business, Delta Tobacco, have been investigated for a "tobacco smuggling ring" referred to by Finance Minister Pravin Gordhan in his 2011 budget speech.

According to sources, the ring transported and distributed Savanna's Pacific product. It was believed to have been the largest in South Africa at the time.

Kajee is a director of Amalgamated Tobacco Manufacturing, which recently had its products seized and staff arrested in Zimbabwe.

Zuma is a former director of the company.

Zuma, Kajee and De Robillard are directors in Fastjet Holdings South Africa, through which Fastjet UK was planning to enter the South African aviation market.

However, following recent smuggling revelations, the Fastjet SA venture appears to have been put on ice.

Farouk Jassat, a lawyer who says he represents De Robillard and Kajee, refused to answer questions on the allegations. He warned a Sunday Times reporter not to contact "his clients".

E-mail and telephone questions to PFC Integration and De Robillard were not answered.