A child is waving a severed penis. 'We've done a good job!' he yells 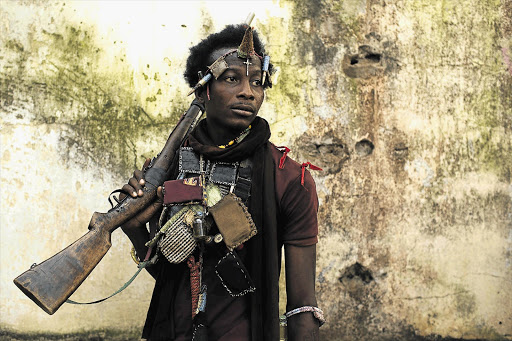 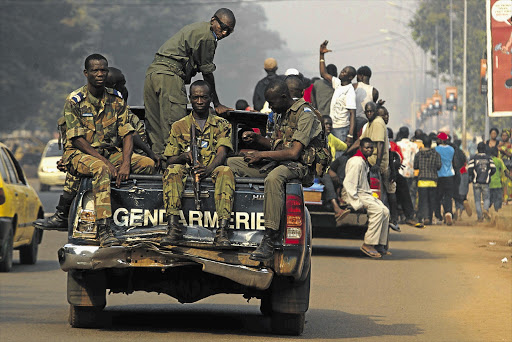 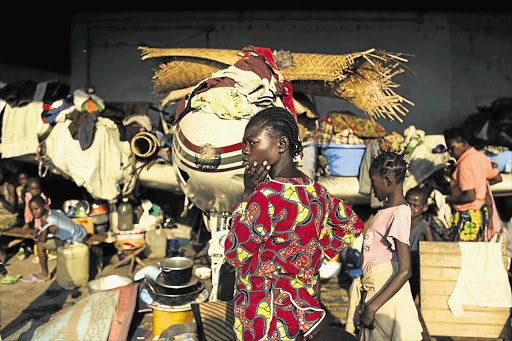 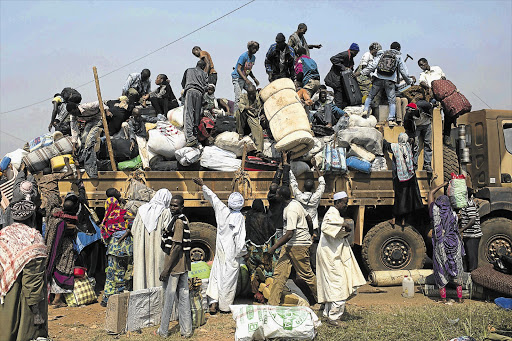 The Central African Republic used to be a place of laughter. Now it is a country gone mad - steeped in hatred and cannibalism, according to AFP correspondent Xavier Bourgois

The aeroplane touches down at about 7am. We are in the Central African Republic, a country in crisis. The morning light is sublime, but something has changed since my last visit. There are now 100000 displaced people sleeping rough at the airport, some along the edge of the runway.

Strangely, this horrible scar of misery across the country I love was rather beautiful to behold from the sky.

As we get off the aeroplane, the noise from the camp is immediate, as is the sound of gunfire. Chadian members of the African intervention force have just opened up on the crowd that gathered to protest at our presence.

I get my bags, walk a short distance and spot my colleagues: Kathy, Bienvenu and Miguel, wearing helmets and bulletproof vests. "Happy to see you," they say. "And above all, welcome."

Hotel, shower, and we are off to a press conference. On the way, we learn that "something" has happened on one of Bangui's main roads. We gear up and head in the direction of the city's northern exit. On the road, a group of "anti-balaka" fighters - some of the Christian militiamen who took up arms to counter the Seleka rebellion that seized power in March last year - stop us. They are bedecked in large lucky charms, very excited and mostly young.

They tell us they are responding to an attack. They seem restless. They are speaking loudly and brandishing machetes. Silhouetted against the sunlight, it takes me a moment to realise that one of the men is holding a man's foot. It has been freshly severed.

The body is lying there, naked, on the side of the road. The corpse's face is in a pool of blood and slowly being absorbed into Bangui's dusty ground.

We move on a little way. The scene is repeated with another corpse. One man is holding a chopped-off hand. Another, just a child, is waving a severed penis.

"We've done a good job!" he yells. We take photos, we film. That is our job; it is what we are there for, and the sheer horror of what we are witnessing requires more than simple words to be understood.

From now on, I figure it is best to stop counting. I will be here for 15 days and this is all relatively minor compared with what the rest of the country has had to deal with in recent days, when one morning hundreds of bodies were found along roads.

The images are brutal. The photographer, Miguel, and the Paris photo desk will have to choose carefully to find the right shots that attest to what happened while preserving the dignity of the victims. Not that there is anything dignified about these scenes.

One day goes by in these vile conditions. I spend Christmas on patrol with the French army before joining my colleagues for a chat. The next day, anti-French demonstrations, then clashes between armed groups, send us back on the road.

We never really know what happened, but we tally the dead. Sometimes it is Muslims, sometimes Christians. Some of the bodies have been tied up. People tell us of mass graves, although it is too hard to get access and verify claims.

To write about the Central African Republic, you need to put things in context and not simply reduce the war to a religious conflict. I have been here enough to know that things are infinitely more complex. You have to explain the various forces at play - the anti-balaka militiamen, the Seleka "ex-rebels", the African intervention force that includes a contingent from Chad who are accused of having ties to the Seleka. And, of course, the Sangaris, who Muslims say are connected to the anti-balaka fighters.

We speak to everyone and make sure we are welcome among all the groups: Muslims, Christians, fighters, people fleeing the violence. Some days are harder than others when tempers flare and misery turns into frustration, frustrations into exasperation and exasperation into violence.

Fifteen days go by. I am tired, but I stay another week. One evening on patrol with French troops I see something. On the side of the road in one of the neighbourhoods plunged into darkness, I see a commotion.

There are cries of hatred and of madness. I do not understand the scene and it hurts to fully understand what happened.

"Holy s***, they were eating that guy," says a soldier with night-vision goggles.

The next day, or maybe the day after, everyone was talking about this Muslim that the Christians had eaten.

The darkest of taboos, cannibalism, has been broken.

After the president resigns, there are scenes of joy in the streets and people shoot guns into the air. But nothing is finished.

On the road, I bump into an officer who is becoming a friend, and some Christians I know who open a beer to celebrate. There are also anti-balaka fighters who smile while clinging to their guns, thinking their hour has come. And there is a Muslim friend, who a few days ago offered me a lucky charm.

These charms, or amulets, are a strange thing in common between the Seleka and the anti-balaka. They all wear them. Mine apparently make me invisible at times and have stopped bullets coming my direction, so I have not needed the heavy bulletproof vest I have been wearing for three weeks. Considering the number of people injured by bullets or machetes that I have seen, I decide to give the vest away.

I love the Central African Republic. I delight in telling foreign soldiers and journalists who have only known the country in chaos that I knew it before. I was naive to have thought that these terrible things could never happen here. Before, I wrote with humour - now it is more difficult. Maybe things will get back to normal one day, who knows? I will not be making any predictions.

Background to the conflict

The Central African Republic has been unstable since its independence from France in 1960. It is one of the least developed countries in the world;

It has endured several coups and suffered a notorious period under Jean-Bedel Bokassa, the army commander who ousted the country's first president, David Dacko;

Bokassa, who came to power in 1965, headed a brutal regime and declared himself president for life in 1972;

Bokassa was alleged to have fed his opponents to animals and practised cannibalism. The claims were triggered by photographs in Paris Match magazine that apparently showed a fridge containing the bodies of schoolchildren. It was claimed that his political rivals were cooked and served to visiting dignitaries or fed to lions and crocodiles in his personal zoo. Charges of cannibalism against him were later dropped;

In 1976, he proclaimed himself emperor and renamed the country the Central African Empire. His coronation, based on that of Napoleon, cost his country's entire GDP. He fathered 62 children;

He was ousted in a coup in 1979 led by Dacko and backed by French troops, after widespread protests in which many school children were arrested and massacred in detention;

Some progress towards stabilising the country was made between 2008 and 2012, before the new Seleka rebel alliance marched south and captured the capital, Bangui, in March 2013, ousting president François Bozizé;

The country descended into crisis after the coup by Seleka, who installed its leader, Michel Djotodia, as the first Muslim president. He was unable to control the fighters, who went on killing, raping and pillaging, prompting Christians to form vigilante groups in response;

Djotodia, who studied in the former Soviet Union, originally promised an inclusive government when he seized power. But his failure to disarm and rein in his militias cost him the confidence of key regional allies such as Chad, which pressured him to step down;

After 10 months of instability that has led to a fifth of the population being displaced, France ordered peacekeepers to the former colony in November last year. Sectarian violence has claimed 1000 lives in the past month alone; and

Djotodia's exile is expected to ease tensions in the long term, but diplomats believe more peacekeepers are needed. The United Nations has warned that the country is in a "mega-crisis" and urgent international intervention is needed. It has also warned that both ex-Seleka rebels and former CAR soldiers have crossed into the volatile Democratic Republic of Congo, causing local residents to flee.