A duty to speak up when our emperor is naked 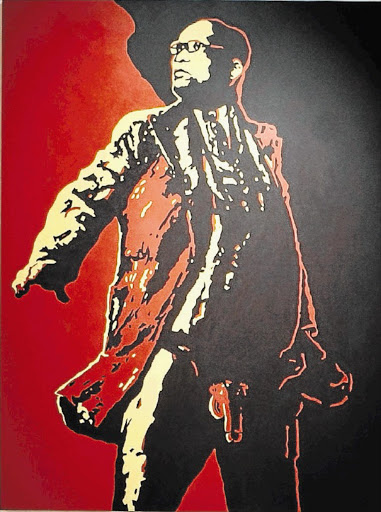 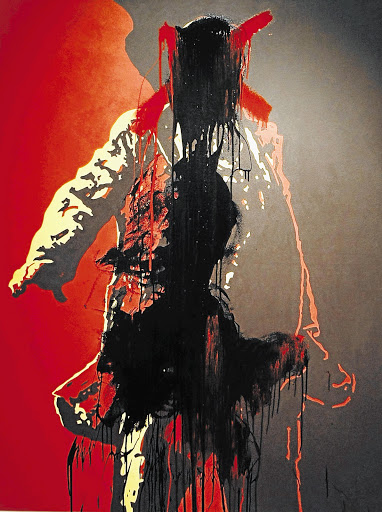 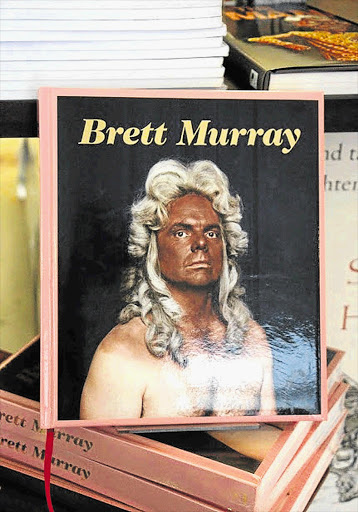 A FEW years ago, I might have called Jacana and asked if it was interested in publishing a coffee-table book of my work. People there would have asked "Brett who?" I was, you see, massive only in Woodstock. So it is with deep irony that I have to thank the current custodians of our democracy for the leg up they have given me in terms of name recognition.

A few months ago I was having my blood taken by a large, grumpy and officious-looking Xhosa woman. She plunged a needle into my arm and asked me sternly if I was "that Brett Murray?"

What would you do? I denied, denied, denied. She wasn't convinced and asked me repeatedly "Are you sure you are not that Brett Murray?" until I finally, sheepishly confessed: "Yes, it's me. I am him!"

She guffawed and said she had been talking about the Spear thing with her nursing friends that very morning and invited them all in to my blood-letting for introductions. They were delighted to meet me and we went on a sad and funny tirade against the powers that be, with all wishing me good fortune and a peaceful future - with huge bosomy hugs, nogal!

The idea for a book came from many threads and thoughts. A part of it might be to mark an end of a period of production, or maybe to contextualise the recent contentious events.

Choosing the cover was difficult, more so with the Spear saga being still so close and hanging over me. I was, and still remain, confident of both its awkward nuances and my intentions with this photograph, particularly in the context of the rest of the works I produced for the show. But what the Spear saga has unveiled is a self-consciousness, a cross-questioning and a doubt in my practice, an acute self-censorship, which is exactly what the current crop at the helm would want - pre-censorship.

Transgressive ideas and imagery push and shift boundaries and, if effectively used and charged, can result in cathartic understandings and fresh reflections. Works and ideas that divide and challenge are interesting to me. I am drawn to this thin edge of the wedge, but not exclusively. With these works, the possibilities for discussion are often effected.

It is up to artists, playwrights, filmmakers, poets and the like to attempt to tell these uncomfortable stories, to invent, to reimagine, to construct metaphors - and to be able to do this without fear and without the added burden of an abusive government and its attempts to censor and sanitise these, and by proxy, all ideas.

I am my own worst critic. I am as battle-weary as all of us are regarding the meta-narratives of this troubled country. I so don't want to see another film about the big issues in South Africa, or a play about apartheid oppression, or read a book about the continuing poverty of many South Africans.

One of my recent press statement reads: "Murray's bronzes, etchings, paintings and silk-screens form part of a vitriolic and succinct censure of bad governance and are his attempts to humorously expose the paucity of morals and greed within the ruling elite ..." Don't you just want to run screaming and go and see Shrek in 3D? I do.

But this is the uncomfortable monkey on my back. It is what I do and have to do and will return to again and again. And although it might seem that what social commentators are producing are reflections of what is happening "out there" exclusively, pointing accusatory fingers - and to some it might look like a gallery has been lambasted with wet newspapers, leaving behind only traces of current headlines and popular graphics - all the work we do is driven by an internal, almost therapeutic, and private process.

In reflecting on what is unfolding, we hope to articulate a very personal understanding and an idiosyncratic psychological sense of place, and we begin to describe who we are with this anomalous vision.

Paradoxically, through this critique and comic exposure, we actually begin to define a preferred ideal in which we would like to live. Autobiographical by default. As it should be: in this process there is a constant recalibration and fine-tuning of who I am, where I am, my privilege, my class and inevitably, I suppose, my whiteness. And this is all good.

It's just a pity that all the work I have produced up to TheSpear and all the work I will make going forward will always be seen in relation to this event. This could be an albatross around my neck or just an irritation. It depends on how I deal with it, I suppose.

The Spear nearly didn't see the light of day. I was ambivalent about adding the d**k to the painting. I thought then, and still do , that it might have been a stronger and a more layered work without it, specifically in the context of the rest of the show, in which I was parodying the pseudo-Soviet iconography and the "Comrade, Viva-Viva" language of the new pigs at the trough. But I stuck with it once it was painted, more out of laziness than anything else.

The Kafkaesque events that unfolded regarding The Spear seemed to have been scripted by the Marx Brothers on acid. That is not Harpo, Chico, Groucho and Zeppo, but rather Jacob, Blade, Jackson and Gwede.

The script included a court case. I received the state's legal documents from our attorneys. These included a file containing full-colour images of The Spear and all the Hail to the Thief works on show. With a combination of fear and delight I saw that No 1 had had to go through my entire show, work for work, and sign each page and image. Talk about "speaking truth to power" directly.

Nazeer Cassim, one of Jacob Zuma's personal lawyers, had been trying behind the scenes to get the ANC to withdraw the case, but with no luck. On the day of the court case, he approached the ANC protagonists and said that Zuma wanted to settle.

We can only speculate why Zuma wanted out. The fanning of the flames of racism by a faction in the ANC and the resulting threats of violence were unhinging the country and this was becoming unmanageable. Maybe it was because the state had a weak case and Zuma had better legal opinion. Maybe Zuma didn't want his dirty laundry publicly aired again. Or he is a very, very weak president and the seat of power lies at Luthuli House. It is probably a combination of them all.

Just before the start of the trial another call was made, apparently to Zuma by ANC spokesperson Jackson Mthembu, insisting that the ANC was going ahead with the case despite the president wanting out. And then, in the inimitable words of the secretary-general of the ANC, Gwede Mantashe: "What we can't win in the courts we will win in the streets!" So much for our constitutional democracy.

Death threats against the protagonists escalated. A call was made for the boycott of City Press. Ferial Haffajee ultimately capitulated under the pressure and took the image off the City Press website, as demanded by the ANC. She would later say that she, and all of us, had been played, and in hindsight she would never cede to the bullying tactics of the state again.

Journalists were then - and are still now - scathing of her decision. In her defence, we were all incredibly vulnerable and it is difficult for others to comprehend the pressures and fears that had enveloped all of us at the time. I always thought that the press was the cornerstone of this battle and should have taken centre stage. An unhindered and free press is crucial for our democracy. Artistic freedom of expression, although obviously important, seems like a sideshow in our context. So although I was as disappointed as others, I understood where Haffajee's decision came from.

That the painting was used for expedient political ends was obvious, and the state's legal team virtually conceded this to various protagonists. The whole saga was 90% politics and 10% art.

I remained silent throughout the ordeal because I instinctively thought this would be wise. I also just wanted to listen. I was as interested as everyone was in the various debates and positions that were discussed and taken regarding the painting.

The more measured conversations ultimately came down to where freedom of expression ends and the right to dignity begins. I am well aware of our shameful history that necessitated that this right to dignity be included in our eloquent constitution.

The arguments that the work perpetuated post-colonial visions of oversexed black males are equally important. We all have to be constantly reminded of these issues and our context.

I found it informative that once the state's propaganda machine had been ramped up, and once the calls of racism had been sparked and fanned in the tinder dry context of poverty-stricken South Africa, these flames would catch. This was populist propagandising at its very core. I found it interesting that all those commentators who had unequivocally supported the painting to begin with started to hedge their bets and were now calling for a freedom of expression with added caveats and provisos.

JM Coetzee wrote in his essay on censorship, Taking Offence, rather appropriately in the context of The Spear: "A censor pronouncing a ban ... is like a man trying to stop his penis from standing up. The spectacle is ridiculous, so ridiculous that he is soon a victim not only of his unruly member but of pointing fingers, laughing voices. That is why the institution of censorship has to surround itself with secondary bans on the infringement of its dignity."

There is a now a huge grey area, and this can only be positive going forward in our new democracy.

I believe the defacing of the painting was staged. At the time it happened I was actually relieved - it seemed to lower the temperature considerably. I was concerned that there might be violence and possible killings that I didn't want in any way to be associated with, or be a victim of. And although a settlement was finally agreed to, I still believe, fundamentally and to my core, that there are no compromises with regard to the freedom of expression.

Finally , it was with equal measures of anger and disappointment that I expressed my contempt for some in the new regime who, through their corruption and guile, are undermining the victories that have been achieved and who are effectively desecrating the graves of our struggle heroes.

Political correctness and self-censorship are not cornerstones of effective political satire. If they were, it would not be called satire, rather "ironic praise-singing". Parody is part of the satirist's arsenal and it is often through this that I hope to expose the new pigs at the trough. Fortunately, or unfortunately, depending on where you stand, nothing is sacred.

The silence of those in the echelons of power when there were public incitements for the killing of some of us, and when private death threats were made public, renders them all complicit in the attempts to subvert the constitutionally enshrined freedom of expression and the brutal suppression of dissent.