Dad turns in teen daughter to cops after naked selfies 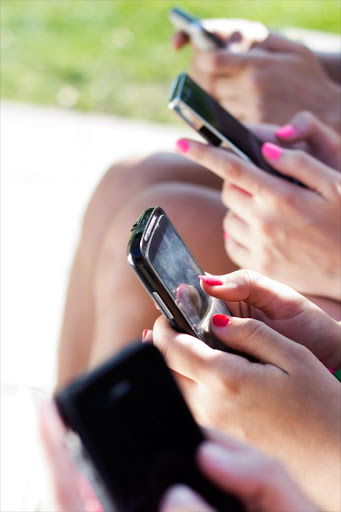 The Grade 10 pupil found her morality on trial after she took a series of sexually explicit cellphone selfies and distributed them to a 42-year-old man with whom she had a relationship, as well as two teenage boys.

Now pregnant, the teenager was recently convicted and sentenced in the Welkom Magistrate's Court to three years' imprisonment. The sentence was suspended, but she might still have her name added to the national sex offenders register.

In February last year, the girl, who cannot be named, walked out of a church service she had attended with her family.

Her father confiscated her cellphone as punishment and found the explicit photographs and messages. He turned them over to the police.

During the subsequent court proceedings, the girl was described as lacking "moral worth".

Last month, nearly a year later, the girl entered into a plea agreement. She pleaded guilty in exchange for a three-year suspended sentence. Her father had agreed to the plea deal, but he has since decided to have the Centre for Child Law intervene in the matter.

Carina du Toit, an attorney from the centre, said: "She clearly needs help. The conviction is not addressing any of the issues."

Pierre Booysen, the man to whom she had sent the pornographic selfies, was convicted of child sexual grooming and received a three-year suspended sentence. The court was aware that Booysen believed the teenager was 21 and that she had initiated the contact. In pre-sentencing testimony, the court heard that she was not "an innocent or vulnerable child" and had no regard for authority.

"She is living the life of a reckless adult with no regard of the implications to herself or others," the court heard.

The sentence had to not only serve as a deterrent, but it had to be "a sword hanging over her head".

But Lisa Vetten, researcher at the Wits Institute for Social and Economic Research, said society could not reject children when they do not behave. She said the girl was a "survivor" and that sex was clearly "the currency in her life".

Although she had been cast in court as a sexual predator, Vetten said, it was not constructive to criminalise her.

Adults could not control her and she was being punished because they did not know what to do with her, said Vetten.

The teenager grew up with her black grandmother in Mpumalanga and had to fend for herself from an early age.

According to the social worker's assessment report, her mother, who was often drunk, "never had time to be with her daughter".

Last year, when her grandmother could no longer cope with her, she was sent to live with her father - a white farmer in the Free State.

She had last seen her father when she was a baby.

During her assessment, the girl told the social worker that she had a "problem with her parents" because she would be "blamed or labelled as disrespectful by her stepmother", who is cited in court papers as a woman of about 70.

The girl's father is struggling financially, according to people in the community. He makes ends meet by selling his produce at a local farmers' market and his wife makes jam.

"It is clear from her behaviour towards adults in her life, as well as towards her peer group, that she does not consider herself to be an innocent or vulnerable child," said prosecutor Charmaine Labuschagne.

She said she did not realise that what she did was against the law.

The court case involving the Free State teenage girl's morality has cast a spotlight on society's sexual double standards when it comes to girl children.

"Sometimes we come down harder on girls than on boys. We're so quick to label girls as sluts but not boys. Look at the language we use - there's no man equivalent for whore or slut," she said.

She blames the double standards on the way society justifies boys' behaviour, whereas girls are condemned if they step out of line. "There is the idea that boys will be boys, but you never hear that about girls," said Vetten.

In November 2010, a 15-year-old Johannesburg girl accused two boys, aged 14 and 16, of drugging and raping her on the school ground. The Jules High School pupil later changed her story and said the sex was consensual. The entire incident was filmed by other students on their cellphones and went viral.

The girl and the 14-year-old boy were charged with consensual sexual penetration and the 16-year-old boy with statutory rape. They were all placed in a rehabilitation programme.

Earlier this year, the rights of child offenders who are placed on the sexual offenders register came under the spotlight in the Constitutional Court.

This followed the placement on the register of a 14-year-old boy's details after he raped three boys. Organisations took the matter to court, saying the law did not consider the possibility that child offenders could be rehabilitated and most of them did not grow up to be adult offenders.