Theatre doyen to be honoured 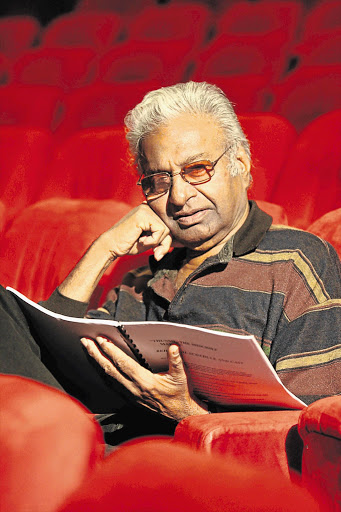 South African theatre doyen Ronnie Govender's contribution to local arts will be recognised with an honorary doctor of technology in arts and design degree by the Durban University of Technology on Wednesday.

The 79-year-old playwright, director, author and anti-apartheid activist said he considered the degree an acknowledgment of the work done by him and fellow artists, such as Dr Muthal Naidoo and Kessie Govender, "to write and stage work grounded in South African realities".

Naidoo and Kessie are two of a group of writers with whom Govender launched the Shah Theatre Academy in the 1960s.

"We are glad to have been part of efforts towards fostering art and culture that will freely speak to, and of, universal life experiences in a national tongue," said Govender. "This will put on track the organic development of true nationhood that was derailed for more than 300 years by racial engineering."

Some of the highlights of a career that has produced more than 16 plays and countless accolades include the creation of the theatre academy and his group's triumphs in dodging the Special Branch apartheid police of the time, who kept a close watch on them.

"Once, when I was rehearsing a play in a room at the so-called Bantu Social Centre in Beatrice Street, the Special Branch walked in and said: 'What youse [sic] coolies [derogatory term for Indian people] doing here, jong? This place is for kaffirs [derogatory term for black people].' That made us all the more determined to get on with our work. There were some great moments, as when we premiered The Lahnee's Pleasure at Steve Biko's Black Theatre Union Festival, gestated by Strini Moodley's Theatre Council of Natal," said Govender.

"We got a standing ovation, together with Sizwe Banzi is Dead by [Athol] Fugard, [John] Kani and [Winston] Ntshona. Both received overseas invitations. As a pioneer of the cultural boycott, I had to turn down the invite. However, The Lahnee's Pleasure went on to become South Africa's longest-running play in the Seventies."

Govender fondly remembers the time his team performed his playAt the Edge at the Edinburgh Theatre Festival and when his first book of short stories,At the Edge and Other Cato Manor Stories, was awarded the Commonwealth prize for literature.

He hopes local arts will be taken more seriously and better funded.

"A nation without the arts is a nation without a soul. Just how bad things are can be seen from the fact that in sprawling townships like Umlazi, Chatsworth, Phoenix and KwaMashu we do not have a single theatre, art gallery or bookshop. Until we get these right, until we secure proper, consistent funding for the arts, we will be letting our youth down."