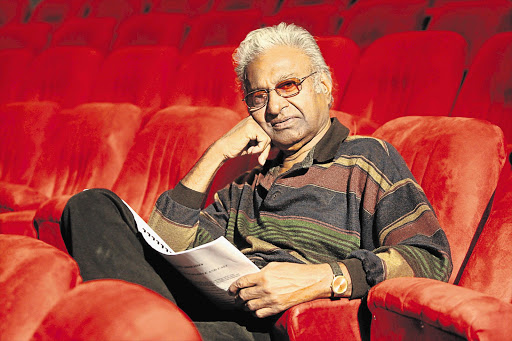 Struggle-era writer Ronnie Govender, 79, will maintain his unbroken voting record next month by casting his ballot for the fifth time since 1994.

"This is our country," he said. "How it is run concerns every one of us. If we had thrown up our arms in despair when there was a minority regime in power, things would have remained the same.

His greatest concern is "the widening gulf" between the haves and the have-nots.

"This is a global issue alongside global warming. We must, in the short term, do our best within the country for a more equitable distribution of the wealth derived from our natural resources, including our labour."

Govender said he was concerned at the "virtual stagnation of progressive thinking, with sycophants such as Buti Manamela and Blade Nzimande dominating a bankrupt left".

A long-time ANC voter, he is ambivalent about whether to vote for the party again.

"Frankly, I am doing some deep soul-searching. I ask myself how long can we allow things to continue the way they are?

"From the moment the Scorpions were abolished, the judiciary has been hijacked right from under our noses to protect those who are dipping their hands into the cookie jar. Nkandla is just the tip of the iceberg."

Govender said the end of apartheid had brought freedom of movement, speech and association for all South Africans, and "considerable progress in opening up previously exclusive white-collar careers".

He acknowledged progress in providing housing and electricity but said many people still did not have jobs, food security, healthcare or education.

"Economic apartheid remains firmly entrenched. Yes, we have had to make major concessions in the process of reconciliation.

"However, we cannot continue to allow a minority, whatever its colour, to rule the economic roost. BEE and quotas in public service, sport and education are not the whole answer," Govender said.