The tenuous case against capitalism 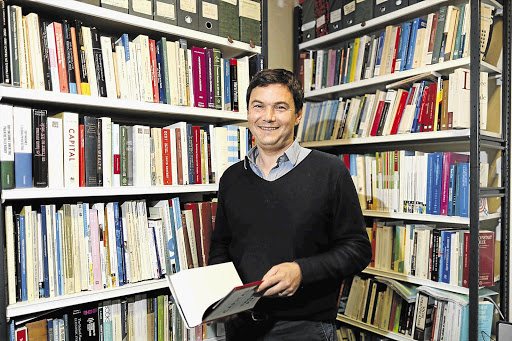 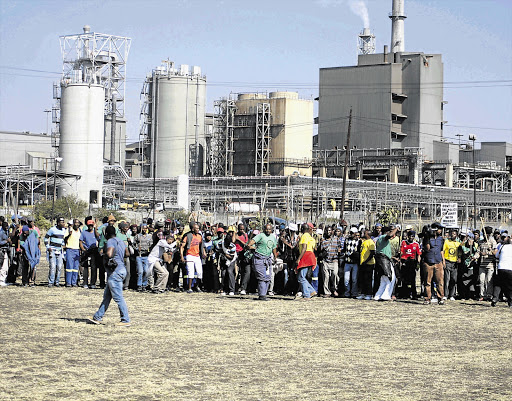 The former governor of the Bank of England, Mervyn King, argues that although a growing gap between rich and poor may be alarming, talk of the death of the market economy is premature.

Only occasionally a book comes along that changes the way we think about the world. Thomas Piketty's new book, Capital in the 21st Century, is a publishing sensation that has caused a stir among economists and the commentariat alike. Does it live up to the hype?

Piketty believes that there is a "fundamental logical contradiction" in capitalism with "potentially terrifying" consequences for wealth distribution, unless we adopt radical policies to tax the rich.

For all those who would like to have a big idea but cannot think of one, Piketty has given hope that there is a fundamental weakness in capitalism. And after so many breathless accounts of the recent financial crisis, a wide-ranging historical analysis of the distribution of the fruits of economic growth is a pleasant surprise.

Nevertheless, the claims made for Piketty's book are exaggerated. It gives a fairly complete description of what we know about changes in the distribution of income and wealth over several centuries. Piketty has some important things to say about recent developments in inequality and where they might lead. But his enthusiasm to portray his work as a theory of capitalism detracts from them.

Piketty has constructed, with others, "as complete and consistent a set of historical sources as possible in order to study the dynamics of income and wealth distribution over the long run".

The picture is familiar - a widening gap between high and low earners over the past quarter of a century. Technological change and global competition have raised the demand for special talent and lowered it for unskilled labour. The rewards for success have risen and wages towards the bottom of the income distribution have been squeezed.

For a practical example, consider tennis. In a few weeks, Wimbledon will return to our television screens. Players will compete for prize money that, boosted by broadcast income from more than 200 countries, will this year total £25-million (about R435-million). Forty years ago, the total prize money was £91000. Taking into account the rise in the cost of living, the players will receive 33 times as much this year compared with 1974.

But, over the same period, the average real hourly earnings in manufacturing have merely doubled.

The fall in travel costs and the advent of global television coverage have extended the status of stardom from film stars to a much broader group. Returns go to the winners, whether in tennis, finance, law, computing, advertising or other occupations. The "winner takes all" mentality has invaded many walks of life, although the identity of the winner changes over time - there are few Warren Buffetts and Alex Fergusons who stay at the top for long periods.

So is this growing inequality of income showing up in a correspondingly more unequal distribution of wealth?

It is far too soon to tell. Nevertheless, we should be concerned that greater income inequality might be transmitted to succeeding generations if money is a key element in providing opportunities to the young (as it is in education systems around the world, including Britain and South Africa).

Piketty's critique of capitalism, however, is based more on his views about the factors determining the distribution of wealth than on his concerns about income inequality.

To understand wealth inequality, we need to consider all the relevant differences between people: their talent and drive, education, savings behaviour, inheritances and bequests, and that most important factor - luck. Somewhat bizarrely, Piketty chooses instead to focus on what he calls "the central contradiction of capitalism", namely the fact that the average rate of return on capital, "r", normally exceeds the rate of output growth, "g".

Piketty interprets this to mean that entrepreneurs tend to become more dominant over those who own nothing but their labour. "Once constituted, capital reproduces itself faster than output increases."

But the fact that "r" exceeds "g" is simply a necessary condition for an efficient allocation of an economy's investment over time, whether in a capitalist or a centrally planned economy like the former Soviet Union and China. There is much more to be said about how wealth is distributed than the idea that the owners of capital reinvest all their profits and the spendthrift workers consume all their wages.

Where are the families who have pensions and own houses? Where are the sovereign wealth funds that have become such important forms of collective ownership in some countries? Where is the tax treatment of income and bequests and the role of primogeniture and other legal forms of inheritance?

Also absent from Piketty's analysis is any recognition that the reason the average rate of return exceeds the growth rate by a good margin is that savers require a risk premium to compensate for the uncertain nature of the returns on investment.

If you adjust for this risk, the average rates of return have historically been much closer to growth rates. The present concern in capital markets is not that the rate of return is above the growth rate, but that the (risk-adjusted) rate of interest is below the growth rate.

In the US and UK, the five-year real interest rate, after you adjust for risk, is actually slightly negative - whereas growth rates of the economy are significantly positive.

It is proving very difficult to escape from that trap and the risk to asset values is not that they grow more rapidly than national income, but that these asset values fall back at some point.

Taken as a whole, the principal weakness of Piketty's book is that the carefully assembled data do not live up to his rhetoric about the nature of capitalism. Take, for example, his fascinating statistics on the changing shares of total wealth owned by the top 1% of the population over the past 200 years in four countries: Britain, France, Sweden and the US.

In France, at the beginning of the 19th century, the top 1% owned about 50% of total wealth - certainly extreme concentration. That proportion remained roughly constant until 1890. The share then rose to 60% by 1910, but by 1920 this had been completely reversed by the destruction of World War 1. The share of the top 1% then declined precipitously to about 20% by 1970, from which point it has risen slightly. The result is that in France the share of the top 1% is markedly lower today than 200 years ago.

In Europe, the concentration of wealth among the elite remains far below what it was in the 19th century. In the US, the shares of the top groups have been much more stable, but it is hard to see evidence of rising inequality over 200 years.

No sooner had the ink dried on volume one of Das Kapital than Marx's prediction that, under capitalism, real wages would fall or remain stagnant was dramatically disproved. Will Piketty's predictions suffer the same fate? We simply do not know. Economics is not governed by the immutable laws of nature.

To argue that inequality is the fundamental weakness of modern capitalism, while ignoring capitalism's achievements, may excite the well-heeled intellectual salons of Paris and New York, but most of us recognise that a market economy has served us well by creating growth and reducing poverty. - ©The Daily Telegraph, London

Who's flying this thing?

"Capital in the 21st Century" by French economist Thomas Piketty has attracted praise and invective on its way to the top of the bestseller list. The scope of Piketty's book also references the clashes between the police and miners at Marikana two years ago. Mark John asked Piketty:

Is inequality a fact of life?

The main conclusion of the book is that there are many forces going in all directions. History shows you have forces pushing in the direction of reducing inequalities, such as the transmission of skills and knowledge.

But you also have forces in the direction of rising inequality, notably because of the tendency of the rate of return to exceed the growth rate in the very long run. This is particularly likely to happen if we have a slow-down in the growth rate, especially due to a slow-down in population growth.

What must be done?

We need to set up a system with more transparency about wealth so that we can adapt our tax system and our tax rate to what we observe.

If, after all that, we don't need very progressive taxation, then fine. But we shouldn't wait for this to happen - there's no pilot in the plane and we need to put one there.

Some call you a "modern Marx". What do you say?

Marx's main conclusion was that the rate of return would ultimately tend towards zero - that there would be a final catastrophe with a falling rate of profit.

I don't think there is any good historical evidence for this claim and there is no logic behind it either. - Reuters