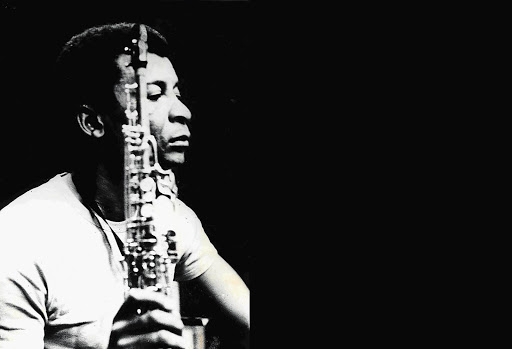 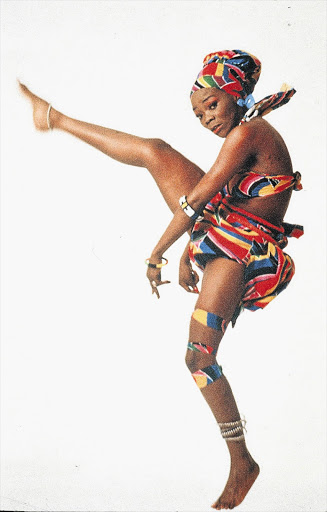 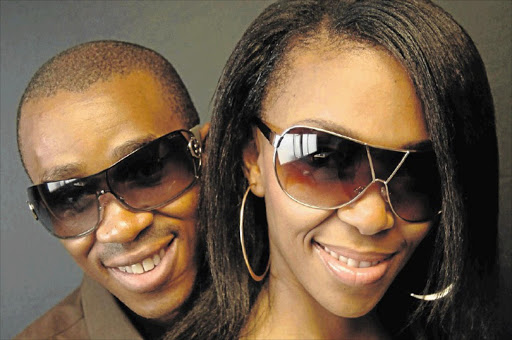 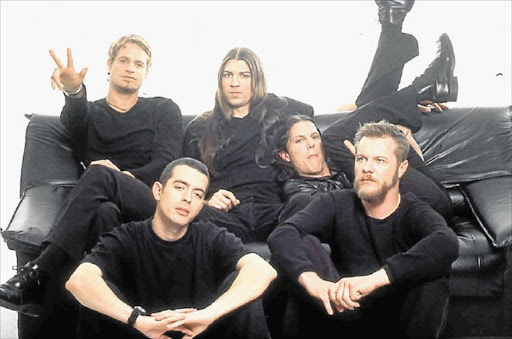 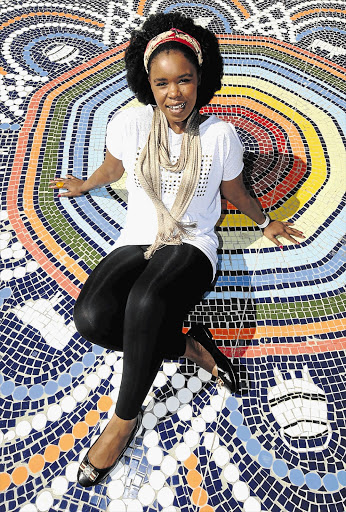 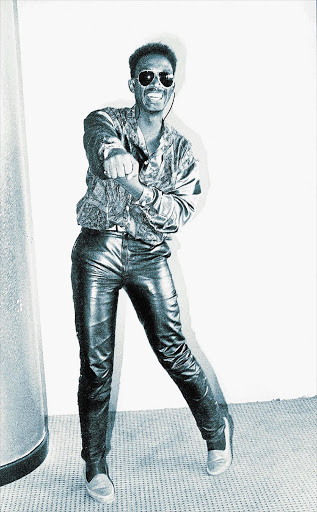 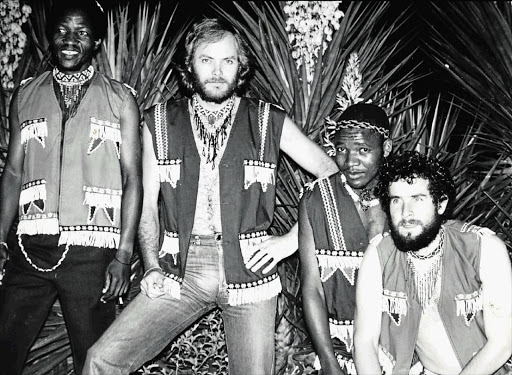 The LS team got thinking about South Africa's greatest songs of the past 50 years. We compiled a list of 100, and profiled some immortal tunes...

This hypnotic masterpiece capped off a three-year hot streak for the "brother with perfect timing". No flashiness here - only meditation. It's an ambient waltz, with shape-shifting tremolo organ chords in a cyclical mantra. Basil Coetzee lays out a saxophone solo of such painful beauty that Drum's jazz critic Joe Thloloe considered his playing to be "better than on the gold disc winner Mannenberg". For me, it's the series of precise variations in tempo across the nine minutes: cycles of rejuvenation and subtle drama. Timing is everything. - DJ Countercurrent

A psychedelic rock classic produced in Soweto during the uprising era? Yup. This track is off Saitana's solo album Jenakuru. Saitana was Monty Ndimande, an original member of The Beaters, who became Harari. His solo career saw him quit "monkey jive" for the aural universe of Led Zep and Hendrix, and Chocolate Toffee is Whole Lotta Love meets Purple Haze, only harder, screamier, stranger. Long out of print, the music of this forgotten troubadour is due for re-release by local filmmaker Laurence Hamburger. - Kevin Bloom

Some called it Afrosynth bubblegum; some called it crossover soul. To an impressionable adolescent who heard them open for a wailing Leo Sayer at Sun City in 1981, it was pure, shivering emotion. Joy were Felicia Marion, Thoko Ndlozi and Anneline Malebo, who died of Aids in 2002. When Paradise Road was recorded, Malebo was on maternity leave and persuaded an 18-year-old Brenda Fassie to fill in for her on the album. "There are better days before us," go the lyrics. But not too many better songs. - Sue de Groot

There is only one South African song and this is it. It looks backward from the '80s to the '70s and calls up a downcast solo dance at the disco; it looks forward from the '80s to the '90s and sparks a proto-kwaito block jam. It sidles west with its side-eyeing synth, but gets down in Langa-town with its black-power brazenness. Mabrr's snarling but vulnerable moue teaches us: we put up with mistreatment from our lovers and go back to them because we need them and they're beautiful. Like South Africa. - Ben Williams

A stomach-thumping, smoke-infected dub classic, with a beautifully executed guitar riff, all channelled through the pidgin Afrikaans-English of James Phillips's alter ego - a soutie from Springs. Ja man, "maar dis lekker". The conscription generation may be more partial to "Hou my Vas Korporaal," but there's no better South African song than this, with its still poignantly relevant chorus, which asks the fundamental question of how one lives in this strange place. - Tymon Smith

It's a Friday night in '87 and, at the smoky, beer-scented Roxy in Melville, the Pioneers are winding up their stonking set. The crowd know what's coming as Jasper Cook points his trombone at the roof and lets go with four notes like steam locomotive breath. Ntemi Piliso's brass section wail in as they shuffle off the stage in a swaying crocodile. Goodnight, it's time to go home - even though it's not the '50s and there's no last train to Pimville, but there are beatings and teargas on campus, and for many the injustice of those bitter, curfewed nights continues. - Paul Ash

One of the late apartheid authorities' minor blunders was letting this song through the censorship net, given its obvious refrain from Enoch Sontonga's Nkosi Sikelel' iAfrika, then the banned ANC anthem, and allegorical lyrics condemning a paranoid regime. Featuring the great saxophonist Basil Coetzee, Weeping was an unmistakable, resonant call to unity. - Brendan Peacock

Apartheid was newly dead. I started my first year in a white school. Mandela was God in the 'hood and Boom Shaka gave us Doc Martens, thick braids and denim shorts. In came Ishmael and his two pals, protesting that they were hobos, and asking the elders about their whereabouts during great revolutionary moments like June 16. Cut to a club in 2014: it's packed with girls clad just like Boom Shaka in '94, and we dance to Waar Was Jy? Except we're asking a different question: waar was jy when Skeem was the ish? I was there. I was nine. The question is: waar was JY? - Gabi Mbele

Few calls for peace have summoned as much power and mystique as this one. The opening track on Urban Zulu, it lands like a punch to the gut, dictating the pace for an album that would initiate and re-ingratiate many to maskandi music. Supported by three guitars and layered paradiddles, the luminous antiphony jumps straight into a reckless falsetto before diving down and drowning into one of the richest, realest altos music will ever know. She writes on the song, infusing realms of knowledge and musical divination into her griot-esque vocalese. - Lindokuhle Nkosi

Anyone doubting its place in the pantheon of South African songs need only have visited Loftus lately. AWB-sympathising, khaki-shorts-wearing Bulls fans wildly chant the lyrics with every try. The song's crossover appeal was such that it wouldn't be surprising if PW Botha had a copy of the single stashed beneath copies of Ou Rooi Perd. It's the only kwaito song that Jabu and Oom Frikkie can shake their respective booties to; an unofficial national anthem. - Yolisa Mkele

A tune, and a sound, that we never saw coming: an indefinable mish-mash of genres and languages. Appleseed brought reggae flair, Stoan and Speedy brought rap, and Thandiswa Mazwai brought powerful isiXhosa vocals beyond her years. Soon they were dubbed "The Fugees of SA". Some lazily called them a kwaito band. They were entirely their own creation. - Andile Ndlovu

In the 1990s I didn't take South African rock seriously - until I stumbled upon this: 3:55 worth of the most beautiful angst I had ever heard: a haunting, radio-friendly unit shifter, purpose-built for lonely nights, break-ups and other assorted life nosedives. It won my ears over, and it still does today. - Thomas Falkiner

It was a leap forward for SA's electronic music: sophisticated, uncluttered and astonishingly imaginative. The build-up - seemingly performed by a guitar, flute and space alien trio - is momentous but almost subliminally gentle, and before you know it (nearly six minutes in) you're shaking your body to kwaito bass and mad percussion. One expects Laband's music to be melancholy, but this is jubilant, right up to the sinister vocal sample at the end. - Simon Shear

Splashy Fen is where you catch bands huge in Durban but nowhere else. In '99 we had our brains fried by Jimmy 12 Inch, a berserk posse of shirtless, dreadlocked surfers who had mainlined a speedball of punk, hip-hop and funk. That was just a foretaste. When singer Nic Olsen left to join Matt Wilkinson in Perez, they welded wispy, acoustic verses onto roaring choruses, a soft-loud dynamic best found on the electrifying power-pop of Picture Perfect: the song is exactly what it says on the box. - Jeremy Thomas

It unfolds like a prayer, a welcome shift from the wham-bam-thank-you-Sam songs that undress in the first 30 seconds. It's the instrumental spaces (that keyboard, eish!) as much as the poetic, Xhosa lyrics that draw you in, and in.

Verse by verse, Zolani Mahola unfurls the story of losing her mom as a child. It's raw and restrained, heart-wrenching, but tinged with hope: everything our nation is. - Leigh-Anne Hunter

It made me want to know myself with historic pride, and live with a sense of responsibility larger than myself. It's a deeply political song, without being self-righteous. Mazwai delves into a mental space we almost have the luxury of ignoring: "Have you forgotten where you come from?" Ten years into our democracy, it was an impassioned reminder to a young black South African of how indebted I was to my predecessors, and that the best way to repay them was to tap into my own power to change the big and the small. She ends off exalting the names of our struggle heroes with "king of all kings", and it sounds like a call to greatness, ordained by the gods. Somehow, she turns something sore into something to strive for. - Kholeka Kumalo

A song meant to ignite fires and inspire destinies, through patience and perseverance. It worked for the self-taught guitarist from the Eastern Cape. That deep, chocolatey voice lofted her debut to platinum just 13 days after its release and bagged six Samas. But the true test of Loliwe's loveliness is that it gives me goosebumps - every time. - Shanthini Naidoo

"Equation wise, the first thing to do is consider internal link time as officially ended," said jazz visionary Sun Ra. The Brother Moves On do just that in this funeral hymn, which taps into the collective memory of black South Africa. There is no curtain separating the past and the post-apartheid future: now, as then, the country is still awash with death. "Instuku zovuyo (the days of joy), Aziseko emhlabeni (are no longer present on this earth)," intones frontman Siya Mthembu. It's a plea to the ancestors for healing, in the midst of so much that is contrary. - Bongani Kona

Here they are, in chronological order, chosen by a 20-strong panel of LS writers using three criteria: 1) musical brilliance; 2) popular success; 3) impact on the national mind. Some tracks aced one category and flunked the other two, but plenty ticked all three boxes. Which immortal hits have we missed? Tune us the odds at lifestyle@sundaytimes.co.za

51. I'm in Love with a Rastaman Mahlathini and the Mahotella Queens (1991)