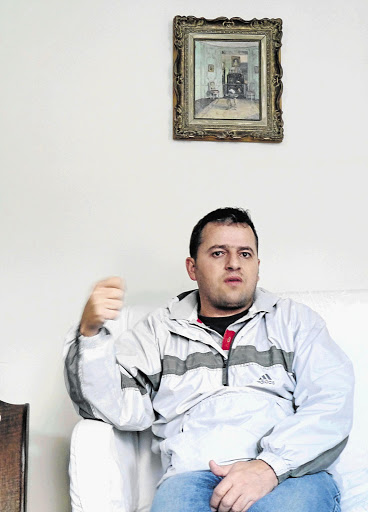 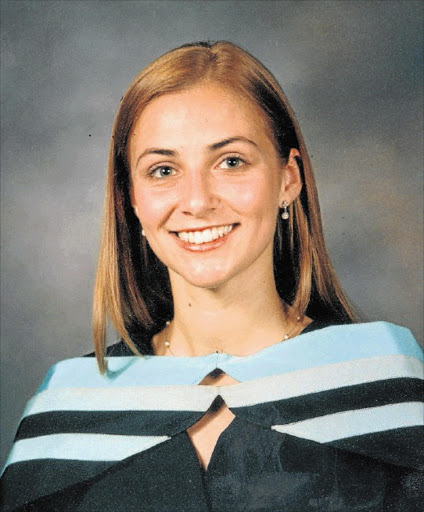 You have to love Thomas Mollett. He is a guy of 42 with a ramshackle appearance and burning eyes who drives an ancient car, in the back of which a mannequin head is propped.

Mollett's obsession is crime. Specifically, the crime depicted in Fruit of a Poisoned Tree, Anthony Altbeker's dissection of what appeared to be a hideous miscarriage of justice in the Inge Lotz murder case.

Mollett was brought up on a Karoo farm and has a BSc from the University of Stellenbosch. His brother, Calvin, who lives in Canada and joined him in the investigation, has a master's in engineering from the same university.

Mollett's flat in Piketberg in the Western Cape has been turned into a laboratory filled with DVD covers, fingerprint powder, latex gloves and foliens - paper used for taking fingerprints. On the table is a dummy head made from papier-mâché.

"I got sheep blood from an abattoir and did some experiments with blood and borrowed a dummy from a clothes shop, which I used to get an idea of wound placements." Later, he would get a pig's head. "I got it at the local butcher and walked through town with it slung over my shoulder."

In March 2005, Fred van der Vyver was the main suspect in the murder of his girlfriend, Inge Lotz, in a trial that continued for two years in the High Court in Cape Town.

The forensic evidence revolved around a bloody mark on the bathroom floor, an ornamental hammer and a fingerprint on a DVD cover. It was this fingerprint that sparked Mollett's obsession. "After I read Altbeker's book, I browsed the internet and found Pat Wertheim's report." Wertheim was the US fingerprint expert who testified for the defence, ridiculing the work of his South African counterparts.

"I repeated the test and found that Wertheim's conclusion could not be true. I called my brother Calvin - he is a brilliant researcher - and he agreed with me. All the experts say it is a lip print. We say it is a finger in a glove. The tipping point was when I took the print to Mariaan Booysens, the police woman who had dusted the print, and said: 'Put your finger on there.' It fitted 100%. That tip is her nail.

"All the state had to do was fit a finger to the print and they would have nailed the case," said Mollett.

"Inge's father, Professor Jan Lotz, had our work evaluated by Kobus Visser, a retired physics lecturer from the University of Stellenbosch, who believed what we had written to be true."

Lotz confirmed: "I cannot believe what a farce the criminal trial turned out to be, particularly the state's so-called cross-examination of expert witnesses often brought in from overseas."

Bloemfontein pathologist Dr Leon Waggat has had access to the Molletts' research and regards it as excellent. "There were many forensic mistakes," he said, charging that the prosecution often lacked the expertise to challenge defence witnesses. "You have to be well seasoned to distinguish between truth and an expert who gets paid."

But the accolades came when Mollett gave a lecture to 60 professionals, including forensic scientists, at the University of Cape Town.

Lorna Martin, head of forensic pathology at UCT, said: "In this department, we had been down the hammer road with Thomas before and we agreed with his opinion that the wounds were made by an object with similar dimensions."

Forensic scientist Dr David Klatzow, who had also been critical, seemed to soften his stance at the lecture, asking Mollett for a copy of his presentation so he "could apply his mind to it".

Another critical issue was the murder weapon. The state claimed it was an ornamental bottle opener, shaped like a hammer. The defence found this absurd. Mollett produced a replica from his pocket. "Feel it," he said, waving it around. "I won't try it on your head, but believe me, it can do damage. According to our calculations, the aspect ratio of the wounds are exactly the size of the hammer."

Professor Chris Theron, head of the department of physics at the University of Pretoria, agreed: "I looked at the photo-angle issue pertaining to the wound sizes and did a mathematical correction of the scale of the disputed photo used by the expert witnesses and confirm the Molletts' findings."

"We are seeking the truth using our own time and money because we believe South Africa's adversarial prosecution-defence model cannot guarantee justice," said Mollett.

"We made our case and we are going to fight for it. There are easier things to do in life, but what is cooler than investigating a murder? It is more worthwhile than going to space."