Boy whiz who found meaning in a bomb 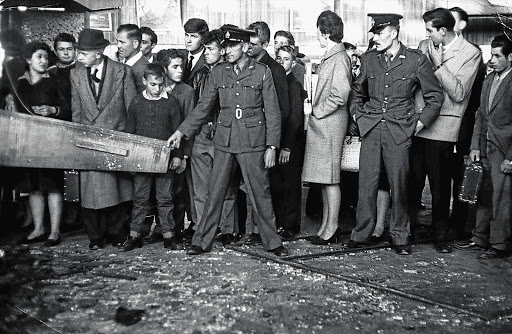 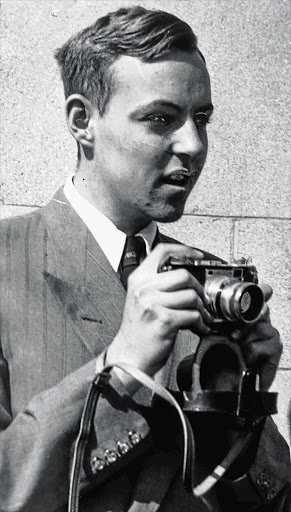 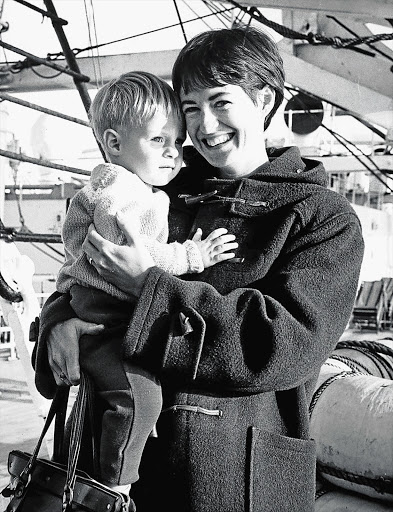 Fifty years ago this week, on July 24 1964, Frederick John Harris planted a powerful bomb in the whites-only concourse of Johannesburg's Park Station, which killed one elderly woman and injured 23 other commuters.

Seventy-seven-year-old Ethyl Rhys became the first civilian to die in the resistance campaign. And, nine months later, Harris became the only white man in South Africa executed for political activities.

Harris telephoned the railway police to warn them the bomb was primed to detonate at rush hour that afternoon, a Friday. He claimed the policeman he spoke to laughed and put the phone down.

But it was a member of the railway police who was responsible for Harris's arrest. Just before the bomb exploded, he had noticed a man frantically trying to start a small car near the station entrance. His offer of help seemed to send the man into a greater panic. Suspicious, the policeman made a note of the vehicle's registration number.

At the time of the atrocity, the mood in South Africa was strangely muted. The Rivonia trialists had been sentenced a month earlier, casting gloom over black opponents of apartheid. Umkhonto weSizwe was effectively blunted. Poqo, the military wing of the Pan-Africanist Congress, had been crushed the previous year, mainly through police informers.

Also in 1963, a group of frustrated liberals had established an underground organisation that they called the African Resistance Movement (ARM). Most members were white - academics, lawyers and journalists. And most of them were arrested in July 1964 on the evidence of Gerard Ludi, a police spy who had infiltrated newspapers.

Harris, a teacher and chairman of the South African Non-Racial Olympic Committee, was also an ARM member. He became incensed when fellow members were arrested. He knew where the group kept the explosives it had used against soft targets such as electricity pylons. And he had been taught how to make a bomb.

The force of that explosion rattled the office windows of our newspaper, the Sunday Chronicle, six blocks away. Three of us rushed to the station.

The huge glassed edifice was filled with smoke. The damage was immense. A child's toy handbag lay in a smear of blood. The police were spreading sawdust over what looked like a human hand.

The area around the bench under which the bomb had been placed was cordoned off. There the smell of burnt flesh was even stronger. Several of the injured, including Rhys's granddaughter, were being treated in the railway canteen.

Three of the ARM detainees were escorted in by security police. They appeared shocked and dishevelled. One had bruises on his face. Another was a balding, middle-aged man. A policeman asked him roughly: "Well, what do you think of it?"

"I'm just as horrified as you are," the detainee replied. "I don't know why you brought me here." There was no doubt that Harris's action would add years to whatever sentence that man faced.

I had met Harris as chairman of Sanroc. His appearance belied any link with athletics or, for that matter, murder and subversion. He had a large moon face on narrow shoulders.

He looked like an overgrown schoolboy and was, in fact, well-known while a schoolboy. For years, he took part in a national radio quiz show as a member of a team called the "Quiz Kids" and was one of the brightest.

During his trial, his defence team highlighted that achievement, as though it might make Harris less of a monster in the public eye. That defence, indeed, was not dissimilar to the defence in the Oscar Pistorius case - a terrible mistake. "I did not mean to shoot my girlfriend." "I expected the police to defuse my bomb."

The case, three months after his arrest, took place in the same building as the Rivonia Trial in Pretoria, but in the main Supreme Court. High on the ceiling was a four-bladed fan swinging precariously on a buckled shaft. That week, it hung like a sword of Damocles over Harris as he sat in the witness box, sallow and red-eyed.

Harris was perched on a typist's chair, but he might just as well have been stretched full-length on a psychiatrist's couch.

From a table a few feet away, two state doctors watched him intently . Across the courtroom, a third psychiatrist crouched over a foolscap pad, writing furiously.

For three days, they recorded and classified his moods, his response to the many questions, the way he gesticulated when he spoke.

Harris's lawyer asked if he had cause to seek medical help before the day of the explosion.

Harris nodded extravagantly. "Ja," he said. "I went to see my doctor. That was in June. I was having headaches and not feeling well generally."

But in answer to the next question, he said: "I've had memory lapses, but I've been entirely in my sound and sober senses."

He insisted: "There has never been any need for me to get a doctor's opinion on my mental state. There's nothing wrong with me. Nothing."

His emotions after placing the bomb: "I felt as if I was sitting in a glass ball ... like an amoeba under a microscope. I've had the feeling of being part of the world before, but this time I felt a tremendous understanding of the world."

School days: "Right up to Standard 9 I was called the fat boy. Like the fat boy in the William books. I tried to get thin, but it didn't work."

Himself: "I'm lazy, selfish, inconsiderate ... Sometimes I felt I wasn't getting ahead. It worried me and I was taking a course on how to be more positive ..."

Marriage: "I never really felt responsible. I don't think even the arrival of the child gave me a feeling of responsibility ... I had a happy relationship with my wife. I hope she was happy with me."

The trial: "They [his attorneys] told me if I stuck to the truth, I wouldn't be convicted of murder because I had not intended to kill anyone ... Now I just want to get away from everything."

The defence psychiatrist's conclusion was that Harris had a fluctuating cyclothymic personality of manic depressive psychosis. He suffered from grandiose fantasies and delusions. The state psychiatrist dismissed that evidence. Harris was sane.

Harris appealed against his sentence. When the appeal was turned down, his wife, Ann - also a teacher - made a plea for clemency to the then minister of justice, John Vorster.

I interviewed her in Pretoria. She was staying with the parents of Peter Hain, later to become a British Labour Party minister. She seemed torn between the foolishness of her husband's action and the thought that people seemed not to believe it was all a horrible misunderstanding.

Their son, David, barely a year old, gurgled in a playpen.

In the early hours of the morning that Harris was hanged, I drove to Pretoria and walked through a labyrinth of warders' cottages to the massive wooden door of the old jail where executions were still carried out.

I don't know what I expected to see - what mood there might be to write about. Perhaps an official might emerge, afterwards, and nail a notice of execution to the door.

Someone did emerge, but out of the darkness next to me. It was the brother of a death cell warder, who proceeded to give me a graphic description of the process being carried out behind the jail walls.

The newspapers, my informant said, would claim (and they did) that Harris had sung freedom songs on the way to the gallows. But that was impossible, because he would be so heavily sedated he would almost have to be carried to the scaffold.

"And relatives of the whites," he added, "are asked to bring their bathing trunks." It made less of a mess, you see.

Such callousness by the prisons department should have shocked me, but it didn't.

A judge's registrar once told me of a case in Grahamstown where a young black man found guilty on a minor felony escaped while awaiting sentence, killing an orderly. He was later traced and found guilty of murder.

On the eve of the execution, a prisons official going through the man's file discovered that his first sentence of six strokes had never been administered.

So they caned him in the afternoon and hanged him the next morning.