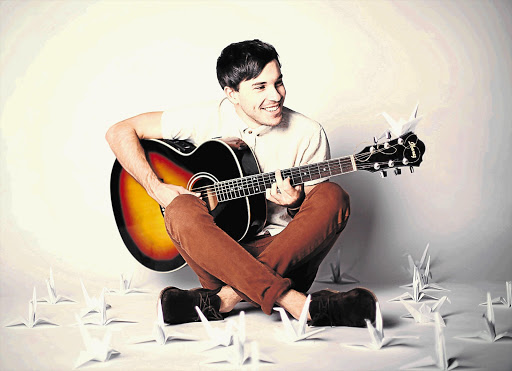 Clean-living singer-songwriter proves that it's hip to be square, writes Nikita Ramkissoon

Matthew Mole doesn't swear. Ever. "It's been a year and a bit since I recorded my album and, flip, it's been crazy," he says. "Everything has been happening faster than I thought."

His sudden stardom is immediately illustrated: as we sit down for coffee, we're interrupted by a fan who "just had to shake his hand".

Mole's awkwardness is not an act. He's genuinely shy - and amazed to hear his songs sung back at him in the street. "The response has been so weird and cool. Things like people bringing feather dusters to gigs because of my music video [for Take Yours, I'll Take Mine]. It takes me by surprise every time."

We both shout "Hey! Feather duster!" as a cleaner walks past wielding one. "It's become a thing," Mole says. "I like it."

Mole is enjoying his sudden success but won't take the luck for granted. "As long as I remember that things happen organically. I don't want to be pressured to keep up. I want it to be dynamic."

Speaking of pressure, he is the love object of hordes of teen girls. At Splashy Fen, a girl brandished a sign: "I want to have Matthew Mole's babies". He blushes when I mention this. "The screaming teens . ah, man. I'm cool with that. I don't know who my target market is. Whoever likes it likes it. As long as people don't call me Justin Bieber."

He has recently toured both SA and the US to promote his debut album, The Home We Built, but there's already a new album on the way. "I didn't think album two would be conceptualised so soon. It makes sense because the longest you want to wait is two years."

The Home We Built is not a Christian album, but his faith does come through in many songs. "I write out of my life and being raised by a Christian family. I never throw Christianity in people's faces."

I say I appreciate the music even though I'm atheist. He laughs. "That's awesome. That's what I was aiming for. Some are put off by it, but some are really respectful towards it. Take what you need from the music. Don't infer. Take what you will. I will never consciously try to convert people."

Mole has been a one-man show on tour. "I'm still keen for one or two others to get involved in parts of the live set, though. It will change the dynamic."

This Cape Town boy now finds himself in Joburg, far from home and family. The Jozi energy is infectious and has crept into his songwriting, he says. But he's giving nothing away about the new musical direction.

"People are going to be listening and comparing the second album to the first one. There's a little more pressure and stress, but it will be a totally different vibe. I'm not sure how it will turn out so I'm not saying anything."

We start comparing playlists. He's got Bombay Bicycle Club, Everything Everything, Little Green Cars, Regina Spektor and a band called Sleeping at Last.

"My guilty pleasure is Avril Lavigne," he says. "I used to love metal and screamo stuff too."

Mole shows me his knuckle tattoos, which people have been calling his "gangster tats".

"I just love tattoos. Each one means something. I don't want people to look at me like I've changed and am gonna write a hip-hop album.

"I don't mind being called a hipster, though. They're fashionable and I wanna be fashionable."