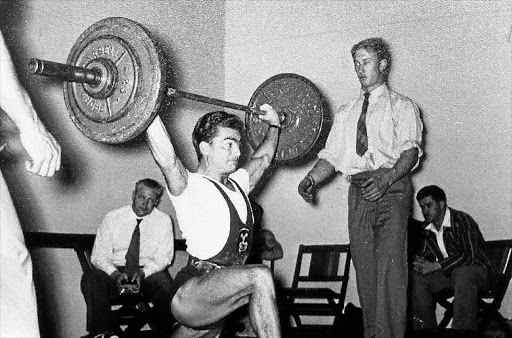 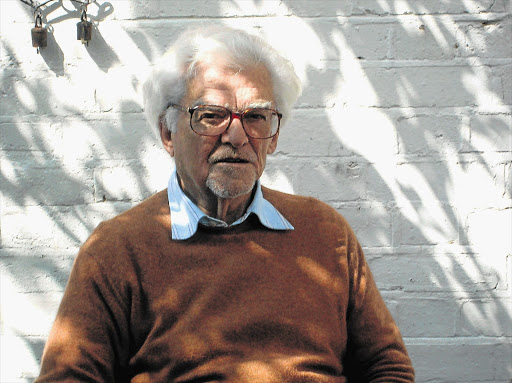 Without Marie Christian "Chris" Dubruel de Broglio, white South Africa may well not have been expelled from the Olympics in 1970, having been first suspended in 1964.

The former South African weightlifting champion turned anti-apartheid activist and London hotelier was one of the founder members of the South African Non-Racial Olympic Committee (Sanroc). He has died at the age of 84 at his home in Corsica.

He was born in Mauritius and migrated to South Africa to study accountancy in Durban, then worked as an auditor until 1958, when he joined French airline UTA as administrative manager for Southern Africa. He soon came into conflict with the apartheid system, which was then extending its tentacles into every nook and cranny of life in South Africa.

The whites-only weightlifting federation threatened him with expulsion for such insubordination.

De Broglio refused to be cowed. Because he worked for an international airline, he was able to arrange for Sanroc chairman John Harris to leave South Africa without the knowledge of the security police and lobby a meeting of the International Olympic Committee (IOC). The mission was successful and South Africa was excluded from the 1964 Tokyo Olympics, the first real blow to the apartheid state.

(Harris became the only white to be executed in the freedom struggle after planting a bomb at the Johannesburg Station on July 24 1964. His warning calls to the police and newspapers were ignored.)

After 1963, when Sanroc achieved South Africa's suspension from world football and then the Olympics, the security police began harassing the organisation's small band of activists.

De Broglio was also involved with the ANC underground and, when its leaders were arrested at Rivonia in July 1963, he was put under surveillance and his employers were threatened, forcing him into exile in London.

In 1966, a Sanroc committee in exile was created, based in London in the basement of the Portman Court Hotel, owned by De Broglio. In April of that year, he attended an IOC meeting in Rome and secured the support of members from Africa, Asia and Latin America against South Africa's bid to rejoin the Olympics, resulting in the committee being forced to announce the withdrawal of South Africa from the 1968 Olympics in Mexico.

The IOC old guard fought back and rescinded the Mexico ban. De Broglio, through Sanroc, organised a boycott of the Olympics by most African and Asian countries, forcing the committee to withdraw the invitation.

By now, Sanroc leaders (mainly De Broglio and the charismatic Dennis Brutus) were constantly attending meetings of international sports organisations, from soccer to athletics. From Jamaica, Tehran, Budapest and Berlin to the inaugural meeting of the Supreme Council for Sport in Africa at Bamako, they put the case for apartheid teams to be banned.

When I was a 19-year-old anti-apartheid activist, De Broglio, with Brutus, became something of a mentor, pushing me to take the leadership of the Stop The Seventy Tour campaign. I had pioneered non-violent direct action to disrupt matches involving visiting white South African teams and soon huge demonstrations laid siege to the 1969-70 Springbok rugby tour of Britain. The De Broglio family home in Twickenham, not far from the rugby ground, was a distribution point for more than 100 tickets given to demonstrators to invade the pitch during the December 1969 match.

On the back of all this, threats to wreck the summer 1970 cricket tour, coupled with Sanroc organising a boycott by African, Asian and Caribbean countries of the Edinburgh Commonwealth Games, forced the cancellation of the tour.

Sanroc increased its activities in collaboration with the UN's Special Committee against Apartheid, international sports federations and the anti-apartheid movements in Britain, Australia, New Zealand, France, Holland and the US, which led to South Africa's expulsion from most international sport.

As Nelson Mandela, Walter Sisulu, Govan Mbeki and many other struggle leaders subsequently told me, the success of the campaign in getting white South Africa expelled from global sport was vital.

It boosted the freedom struggle at a critical time in the early 1970s, when most of the leadership were locked up and internal resistance had been crushed.

In 1987, De Broglio was involved in organising a meeting between ANC officials and 60 leading Afrikaners in Dakar that helped to pave the way for the defeat of apartheid and the creation of the new South Africa. He was awarded the Olympic Order in 1997 in recognition of his actions against racism in sport and in defence of the Olympic Charter.

He moved to Mauritius and then Corsica, where he spent his final years. He had a lifelong interest in sport and weightlifting and gave up going to the gym only at the age of 80. De Broglio was gregarious, had an infectious sense of humour and was an accomplished cook.

He married June von Solms in 1954. She died of cancer in 1982. He married his second wife, Renee, in 1988 and is survived by her, his six children, 11 grandchildren and five great-grandchildren from his first marriage.