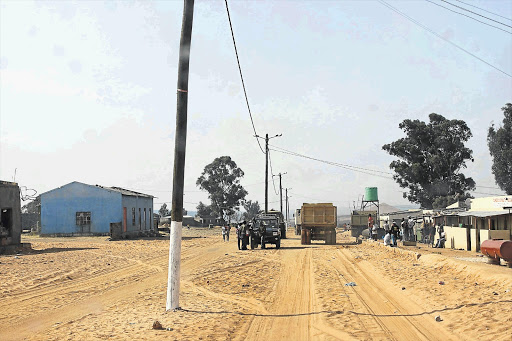 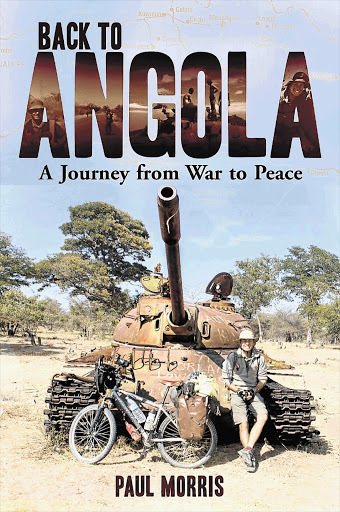 In this edited extract from his book, Paul Morris visits an Angolan town haunted by horrors of war

A multitude of coloured buckets and bowls bloom in the sand next to Cuito Cuanavale's high street. The sight is as refreshing as a spring flowerbed.

And like a flowerbed they wait for water. Meanwhile, a truck is sucking water from the Cuito River to fill those containers and tanks around the town.

I am at the site of the last major battle that the South African Defence Force fought in Angola. Cuito Cuanavale, a town considered strategic during the war, is situated some 300km north of the border with Namibia.

It marked the end of government-controlled territory. To the south, Jonas Savimbi's Unita rebels were in control, supported by the SADF. The outcome of the battle is still disputed but, whatever your view, most will agree that Cuito Cuanavale was reduced to rubble during the fighting.

Our Land Rover crosses the post-war bridge and we trundle down to the riverbank below where some men are washing their cars and motorbikes. It seems like a futile exercise in a town where the high street is surfaced with sand.

Yet in a place so haunted by the horror of war, this most mundane of activities is one of many I witness that shows people are getting on with their lives 10 years after the war. I join some of the men by stripping off and washing several days of travel dust off my body in the river. As I stand thigh deep in the water, a fisherman poles past in his makoro, known in Angola as a chata.

Further on, the brown flood-plain grass doesn't quite conceal the rusting dome of a tank's turret. I take a picture of an anti-aircraft vehicle, its cannons still pointed to the sky. The remains of a pontoon bridge lay rusting in the silt below the road.

We drive east past an outlying settlement, through the deep sand track into the Tumpo Triangle. This area was first pointed out to me as we drove past Cuito Cuanavale Airport, which sits on the Cuito ridge. "Down there," said Patrick, our expedition leader, pointing east, "that's where the South African tanks got caught in the minefield. It must have been hell for them."

A man of about 30 is our guide to Tumpo. He tells us that he looked out over the flood-plain during the siege. He was seven years old. He and his family sheltered from the bombardment in underground shelters. His grandmother and several other close relatives were killed by South African shells.

We round a slight bend in the track and come nose to nose with a Halo Trust truck. The Halo Trust is the non-governmental organisation, once patronised by the late Princess Diana, that clears minefields in many of the world's past and current war zones. The truck is packed with people returning from a long day of lifting mines. There's an impasse. Neither we nor they are keen to leave the track to allow the other to pass.

If the Halo Trust crew is nervous about leaving the track, then so am I. Our guide is jittery. He's from Cuito and knows the dangers of landmines all too well. "Don't leave the road!" he warns. Eventually the drivers compromise, each with a set of wheels on the track and the other set off it. The vehicles pass so closely I fear the massive truck will tear the side off our Landy.

Further on we stop at a small parking area, a clearing just off the track. It is marked out by neatly placed stones. There's a thatched shelter and a Halo Trust sign.

I gaze to the east, towards the tree line. It's where the South African assaults came from. Occasionally, a gentle breeze brushes the blond grass. What I'm looking at is just bush. It's quiet and peaceful here and in another part of Southern Africa I could be scanning for elephant, or kudu or even lion, but this place holds memories of war and the predators are buried in the sand.

Patrick suggests we follow the footpath that leads off into the bush - there are SADF tank wrecks out there. He's been to them before and thinks he can find them again. We shake our heads.

Our guide doesn't know where they are, he's never been. As for me, the last time I was in Angola I had some near misses. It's probably safe on the footpath cut by the Halo team, but I have no intention of being blown to bits by a landmine 25 years after my war here ended.

Back in town, we pull over to buy some supplies at a general store. It's hot inside and some children are watching a soap opera on an ancient TV. We buy our essentials and leave. When we start off again, Patrick has to engage low range to get us out of the deep sand next to the road.

I find myself wondering why money has been put into building a new airport when the residents have no running water. Why an expensive war monument has been built when electricity comes from small generators.

So much effort has gone into creating a "peace garden", ironically full of tanks and rocket launchers and even a fighter jet, when one needs a 4x4 just to pull off the high street. These questions are echoed by several Angolans I meet later in my journey. People here are resilient, they have to be, but there are murmurs of dissent.

As in many countries, the marketplace is the hub of the community and Cuito's represents a community getting on with life. Patrick is in search of fresh fish and I'm looking for vegetables. I don't speak Portuguese so I wander round plucking up the courage to ask prices. I buy tomatoes, onions, garlic and peppers. Other stalls sell T-shirts and caps, rucksacks and household implements.

Patrick can only find dried fish. "You have to get up very early in the morning and go to the river at about 6am if you want fresh fish," our host informs him. It's too early so he doesn't get his fresh, Cuito River fish.

Once Cuito Cuanavale was a scene of devastation and the war still clings to it in the form of military wreckage and bad memories. Yet, as people do everywhere, the inhabitants are rebuilding their town and living their lives, blooming like those colourful buckets in the Angolan sand.