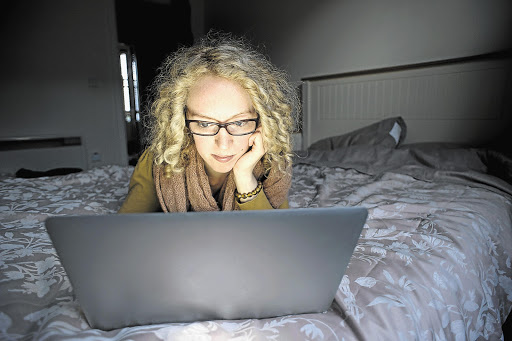 Women are just as susceptible as men to becoming addicted to online pornography, according to new research.

Another study showed that the heavy use of pornography could make some women "hypersexual", a personality disorder that involves spending excessive time engaged in sexual fantasies and urges, or in planning for and engaging in sexual behaviour.

Pornography generates more internet traffic than anything else and has been dubbed the "new cocaine".

In the study, researchers investigated sex addiction among heterosexual women who regularly looked at pornography on the internet, reports the scientific journal Cyberpsychology, Behaviour and Social Networking.

Professor Matthias Brand of Duisburg-Essen University in Germany and his colleagues explored the role of anticipating and receiving sexual gratification in the development of cybersex addiction.

Factors such as being in a relationship, the number of sexual contacts and their satisfaction with them, and the use of interactive cybersex were not associated with the condition.

"These results are in line with those reported for heterosexual males in previous studies," said Brand.

The journal's editor, Dr Brenda Wiederhold, said: "The authors found cybersex addiction among heterosexual female users is similar to that of heterosexual males."

Wiederhold, who works at the Virtual Reality Medical Institute in Brussels, said although the study population was limited to individuals under 30, it helped to understand cybersex addiction in females. - ©The Daily Telegraph, London