The big read: A voyage to the edge of the map 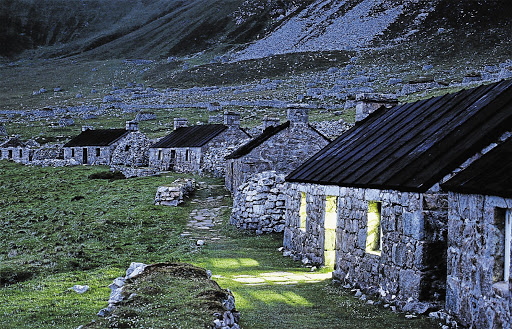 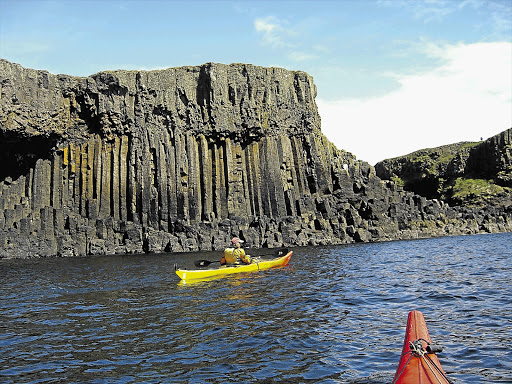 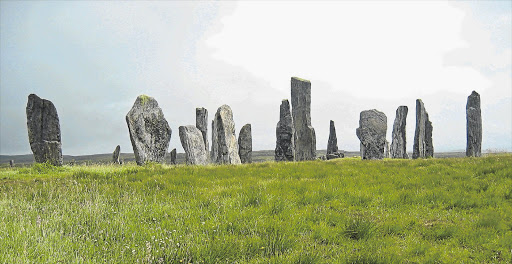 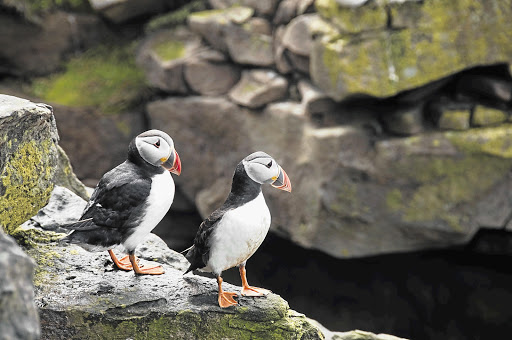 Ahead, wave-lashed by the Atlantic, lay the fabled islands of St Kilda. Located 160km off the Scottish mainland, their cliffs reared dauntingly high as we prepared to land. Our plan was to explore ruined cottages left to crumble when the last remaining three dozen islanders were evacuated in 1930.

We were in for a surprise.

I had joined a cruise around the islands that make up Scotland's outer rim. I say "cruise", but this was really an expedition to some of the farthest-flung places off the British coast: islands often consigned to little boxes on the edge of mainland maps.

I'd never heard of some, while others had names I can't even pronounce. We were travelling, 53 of us, on Polar Pioneer, a former Russian research vessel built in 1982 and comfortably refurbished by the Australia-based Aurora Expeditions, which specialises in Arctic and Antarctic trips. It's a tough little ship, capable of ploughing its way through ice, though we encountered none.

We went ashore on inflatable Zodiac boats, landing mostly on beaches and hiking across tiny islands inhabited only by birds. A busy, adventurous and sometimes demanding schedule offered some of the most exhilarating days I've had in 25 years of visiting the highlands and islands.

The Wild Scotland cruise isn't for those seeking luxury, yet it does offer the exclusivity of going somewhere few have been. Lynne Boon, a retired GP from Shropshire, was on her fourth Aurora cruise. "I first did one 15 years ago to Antarctica and was hooked," she said.

Most of my fellow travellers were aged between 50 and 70, with a good showing of retired farmers, plus two young families. They were a convivial lot, and I disembarked knowing a lot more about the machinations of Australian politics and the challenges of sheep-farm irrigation than when I boarded. Lynne and her husband, Bill, were among four British guests.

Most of the remaining passengers were Australian, lured by the remoteness of the itinerary. A good half-dozen told me that they liked the "no fuss" nature of the cruise.

We met in Oban, on the west coast of Scotland. My fellow thrill-seekers were "waterproofed" and braced for 10 days of alternative Scottish tourism - not a baronial castle, distillery or Edinburgh woollen mill from start to finish. Though, for the record, there was one kilted piper.

First-night dinner-table conversation (the meals were excellent) led to Patagonia, Alaska, the Galápagos Islands, the Arctic, the Antarctic. These people had been around. Had they done the North-West Passage? Of course. and the North-East Passage.

Quite a few are Aurora regulars; the real enthusiasts lurk on the bridge (generally open to passengers) and pore over charts.

More than most cruises, this one is weather-dependent. The expedition leader, Dr Gary Miller, a university research fellow and expert on penguins, explained that the daily itinerary is one of "optimistic best-case scenario".

The weather smiled on us for the first of our 15 shore excursions, to Iona. It was a brilliantly sunny morning. Most people headed straight for the abbey - one of western Europe's most important religious centres - with its tombs of medieval bishops, their faces worn blank by time.

I followed a track across the island past fields yellow with buttercups and flag iris, silent save for birdsong. Two teams of sheep grazed a football pitch covered in daisies. Eventually, I reached a pebble beach fronting a midnight-blue sea.

Across the water lay the sea cave on the island of Staffa that inspired Mendelssohn's "Fingal's Cave" overture. Bad weather had thwarted several previous attempts to get there, but we were in luck. The cave's basalt columns, stacked like organ pipes, are astonishing. Low-flying shags flapped past and puffins bobbed on the water. The Zodiacs edged into the cave and I was stunned into silence.

These are well-known Scottish islands. The cruise's two great attractions, however, were the wealth of lesser-known islands we visited and the adventurous way in which we reached them, like explorers discovering new places.

Even more adventurously, four passengers often kayaked ashore. After an overnight sailing we moored on Skye at a loch 8km from the nearest road with the jagged peaks of the Cuillin range as a backdrop. Turbo-powered walkers strode ahead; tortoise-powered walkers lagged behind. Seals watched warily from offshore.

At the chessboard-like standing stones at Callanish on Lewis, Dr Carol Knott, the cruise's resident historian, declared in a liltingly lyrical voice: "This entire horizon is a sacred prehistoric landscape. There's hardly a rock here that doesn't have a story attached to it."

Bostadh House, on the island of Bernera, was a highlight for many: a reconstructed Iron Age house with a peat fire puthering in its main room. In the swirling smoke, kippering merrily, was Elizabeth MacLeod, a crofter's wife turned custodian. Like a beaming genie, she described how she explores the Iron Age way of life, experimenting with different ways of making clay pots. "I love it here," she said. "I'm here all day, all summer. No phones; no bills."

I climbed the hill behind the house and, through cotton grass and clover and mauve and purple orchids, discovered a still, shimmering lake. The silence vibrated in my ears.

Ahead lay the tiny islands of Sula Sgeir and Rona, and the complex mass of Shetland, where we would visit the wind-blasted island of Foula. The school - five pupils - had staged a community fair and our walk was shadowed by Britain's biggest colony of great skuas, or "bonxies", the dive-bombing bruisers of the bird world.

We met such islanders there and on Fair Isle, generally seeing other tourists only at the great archaeological sites - Jarlshof and Mousa on Shetland and (on the only coach tour of the trip) Skara Brae and the Ring of Brodgar on Orkney. After so many lonely islands, Kirkwall, Orkney's bustling pocket capital, seemed like Los Angeles.

At Aberdeen, where the cruise ended, I asked fellow passengers for their highlights. St Kilda easily topped the list, despite not being quite as most of us expected. Yes, Hirta, the main island of the group, has abandoned cottages and a mossy graveyard, creating a romantic Celtic Twilight melancholy. But this World Heritage Site also has a utilitarian radar tracking station, and supports a lot of activity by the National Trust for Scotland.

"People come to see something that wasn't here and leave believing they've seen it," said Kevin Grant, St Kilda's feisty archaeologist. "They expect to find otherworldly isolation, but what you have here is a typical crofting landscape.

"There are more than 1000 books about St Kilda, and its ground area is smaller than Heathrow airport," he said.

We spent an afternoon cruising around the St Kilda islands, home to some of the highest cliffs in Europe, and saw the world's largest gannet colony - 120000 of them, gliding and diving, plummeting down with the sleek efficiency of Exocets. They covered every ledge of a sea stack shaped like a gravestone. It was an astonishing sight.