They have not come home 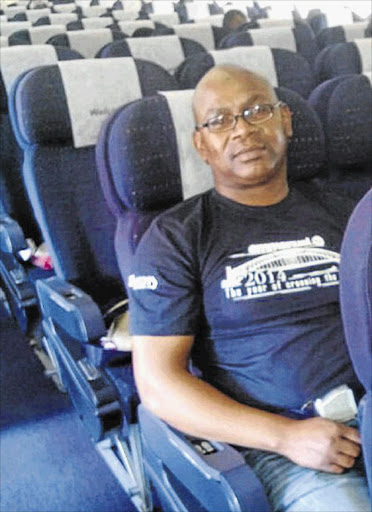 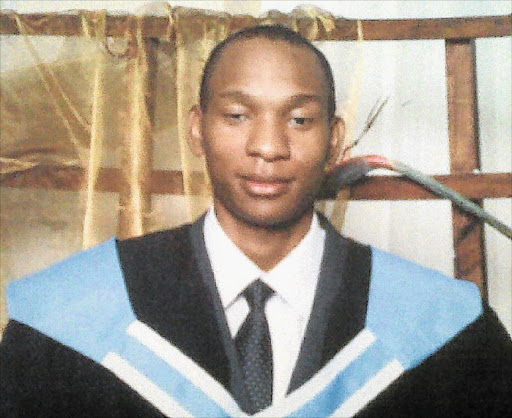 SABC parliamentary editor Vuyani Green clutches a picture taken of his cousin, Thomas Matsila, on board a plane shortly before taking off for Nigeria last week.

He also has a photo of Matsila taken in front of the ill-fated building in Lagos a day before it collapsed.

An emotional Green is using the pictures to trace Matsila's last footsteps. The picture that he dreads is of his cousin returning home in a body bag among the scores of other South Africans who died in last week's disaster.

Green said Matsila, 44, and his wife, Lulama, had saved for the church trip over "many months". The family was devastated, he said.

"I heard over the radio on Saturday morning about the incident and started calling, but to no avail," said Green.

"It was an agonising wait to get information about their whereabouts. I contacted Department of International Relations officials and hit a brick wall. Our worst fears were allayed when we finally managed to get in touch with his wife. But our hope was short-lived when she told us that her husband was among the casualties."

Green said Lulama told him she last saw Thomas on Friday afternoon just before the building collapsed. She survived the tragedy by "a whisker" when she decided to visit a nearby mall. - Philani Nombembe

SHE had been trying to have a baby for almost two decades. In desperation, Lilian Machoga turned to TB Joshua for help.

It was the 37-year-old home affairs clerk's third visit to the church in Lagos.

On Thursday night, officials from TB Joshua's Emmanuel TV office in Johannesburg travelled to Machoga's home in Mpumalanga to tell her husband she was among the dead.

MXOLISI Catazo kept word of the collapsed building away from his children for 48 hours.

He did not want to worry them with the news that the church building where their mother, Amanda Fina, was on pilgrimage had collapsed.

The Port Elizabeth father said: "They had seen a video of the building at school and, in panic, they called me saying it is the same church their mother went to. I told them, yes, that is true."

Catazo still could not bring himself to be honest with his boys. He told them the building that collapsed was the one accommodating male worshippers and that the women were in a service at the time.

On Thursday, he said: "I'm not sure where to start searching. I'm relying on the news and friends for information of what to do. She was supposed to be back today, but I heard the last group will come on Saturday. All we can do now is pray that she is safe and God is with her.

"The waiting for answers is killing us." - Khanyi Ndabeni

FORMER Eastern Cape ANC MPL Joe Jordan is still in shock and waiting for official confirmation that his son, Sidima, is among the South Africans who died in Lagos.

At 5am on Wednesday, he received a telephone call from the Department of International Relations informing him that 34-year-old Sidima had died instantly when the hostel collapsed.

Joe said it was his son's first trip outside South Africa. "He was really excited."

When the family heard about the tragedy on Saturday morning, Joe frantically began calling Sidima's friends and members of the group who had travelled with him.

Sidima was Joe's second-eldest son. The politician, who has 11 sons and two daughters, said his children were shattered and struggling to come to terms with news of their brother's death.

On Friday, his distressed wife said his entire family were fearful and anxious.

The former City Vision columnist and Sunday Sun's Eastern Cape editor had been in Nigeria since September 9. He is believed to have been in Lagos when the collapse occurred. - Simpiwe Piliso

PHUMZILE Mpondo's family in the Eastern Cape had been in contact with him a few minutes before the hostel collapsed . His sister, Nalita Nayo, declined to comment, saying that she and the family were too distraught.

Although it is still unclear how he travelled to Lagos, the Department of International Relations said victims were understood to have travelled in groups to attend televangelist TB Joshua's The Synagogue Church of All Nations. - Simpiwe Piliso

"She sounded excited about meeting the man of God that morning. She promised to bring us holy water and chatted about the earlier service she attended."

Mabandla said her friend had some "life challenges" and believed things would improve after her pilgrimage to Lagos.

She said they found out about the building's collapse on Tuesday, the day Molebatsi was scheduled to return home.

Battling to hold back the tears, Molebatsi's mother, Morwebitsi, who joined other families at OR Tambo International Airport, said she just needed her daughter back home - dead or alive. - Khanyi Ndabeni

THE family of a Polokwane father is anxiously waiting for news about him. The family, who asked that he not be identified, said he left on Tuesday last week and was scheduled to return on Thursday.

Waiting at OR Tambo International Airport, his son, who asked to be described only as Kevin, said they feared the worst.

An identified woman who was in his father's tour group brought back his laptop, cellphone and some other belongings.

"When we questioned her, she just cried. She doesn't want to give us any details on when last she saw him. Nothing. She was our last hope," said Kevin.

On Thursday night, the South African government contacted the family.

"They told us he cannot be found in hospital, so there's a big chance that he is among those that are either badly injured or on whom DNA tests would have to be performed in order to identify him. We are preparing for the worst. My mother has been crying all week," said Kevin. - Khanyi Ndabeni

The mother of two children - an eight-year-old and a four-year-old - was making her second journey to Lagos.

Her sister, Hlamiki Rapheal, had been desperately waiting for her at the airport on Thursday, but she had to go home with no news.

She said her sister worked at the Mpumalanga department of finance. - Khanyi Ndabeni

THE Mamasa family are grateful that at least their siblings had each other when they died beneath a collapsed building in a foreign land.

"On Saturday, I was watching the news and I saw that a building had collapsed in Nigeria, near where they were. I contacted their church and they confirmed that something had happened, but they had no news," he said.

By Sunday, the family had contacted the Department of International Relations. They received confirmation on Tuesday.

"Their names were on the list of people who were dead. Now we are waiting for them to come home so we can bury them," said Alpheus. - Monica Laganparsad

DIANE Reddy from Durban is still waiting for news about her brother, Daniel Reddy, 40.

"He just decided he wanted to go on this pilgrimage because he needed to find spiritual enlightenment. He called me on Thursday to confirm that he had arrived safely and that was the last time I heard from him," she said.

Diane said after she heard about the disaster on Saturday, she scrambled to get details.

"I called the Nigerian embassy, but they couldn't tell me much. And by Monday I had called international relations for feedback, but they didn't have any information. Someone at foreign affairs claimed that they had spoken to him and assured me he was fine. But I don't believe them. I need to talk to him myself," she said. - Monica Laganparsad