Even ugly animals need to be saved 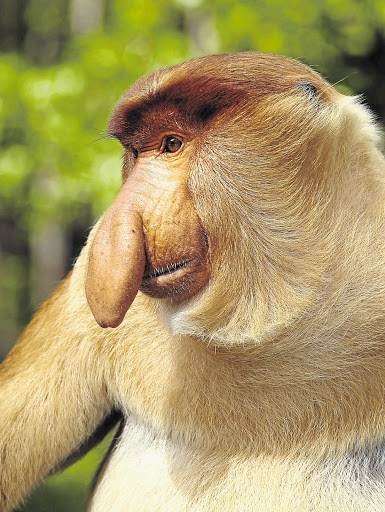 IT'S not just beautiful lions and gorillas that are threatened. These less glamorous animals need our help too, and the Ugly Animal Preservation Society is trying to draw attention to them.

No prizes for guessing why proboscis monkeys got their name. It's not clear why their noses are so big, but males tend to have bigger ones than females, so they might serve as a marker of sexual attractiveness. They also have complicated digestive systems to help them digest leaves and fruit, and may be the only primate that chews the cud. They are endangered as a result of their habitat being destroyed.

The odd-looking aye-aye is a lemur, a kind of primate only found in Madagascar. It taps tree trunks in search of hidden insect grubs. When it finds one it chews through the bark, then uses its unusually long middle finger to pull out the grub. Aye-ayes are endangered as a result of the ongoing destruction of their habitat, reported the BBC this week.

Hailing from the Philippines, Visayan warty pigs get their name from wart-like growths on their faces. It's not clear what the "warts" are for. The pigs are critically endangered, their population having fallen by 80% in just three generations.

Don't let its ridiculous appearance fool you: the naked mole rat is a superhero of the animal kingdom. It is one of only two "eusocial" mammals, living in colonies where only the queen breeds and the majority of animals are sterile workers, much like honeybees.

To view the BBC's full gallery of ugly animals go to: www.bbc.com/earth/story/20141017-eight-ugly-animals-we-should-save