Helderberg captain 'quite happy to fly' 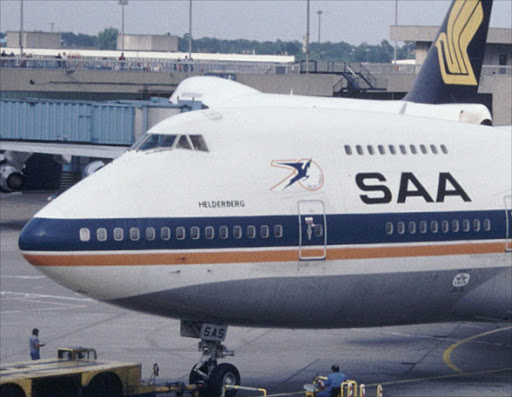 Captain Dawie Uys, the commander of the doomed South African Airways aircraft the Helderberg, which crashed into the Indian Ocean in November 1987, was - contrary to recent reports - keen and happy to fly on the fateful night.

This is according to Tinus Jacobs, who was SAA's manager for Taiwan at the time, and the last man to leave the cockpit before the plane took off from Taipei.

"I recall that Friday night so well," said Jacobs this week, recounting the hours before the Helderberg crash in which 169 people died - the worst air disaster in South Africa's history.

"I was at the airport. It was misty and a lot of incoming flights could not land, including flights, some from Tokyo and Osaka in Japan, which were carrying 47 passengers who had to connect to Johannesburg via our flight. I had to decide whether to delay the flight.

"It is important to know that at the time Taiwan was under martial law and the only telephone at the airport with which international calls could be made was located in the offices of China Airlines.

"I went there and called SAA operations in Johannesburg to inquire whether they needed the Helderberg immediately after it would land in Johannesburg, or whether I could delay the flight. "They said they did not need the aircraft immediately, but I had to check with the captain, because the crew could not exceed the number of hours they were allowed to be on flight duty.

"The mist cleared, the 47 passengers boarded and the Helderberg left.

"I went to see the Dawie off in the cockpit, as was my custom, and was the last to leave the plane from the cockpit.

"I regret very deeply that the mist cleared, because my decision meant 47 more passengers died. I have to live with that for the rest of my life," he said.

Regarding reports that Uys had not wanted to fly because he objected to the cargo - alleged to contain illegal and highly flammable materials related to apartheid South Africa's weapons programme - Jacobs was adamant.

"That is the biggest load of bulls**t I have ever heard, unless it happened at the hotel just before they left. Because there was only one international phone connection at the whole airport, Dawie would have had to call from there, and I know he didn't use that phone. It was physically impossible for SAA management to call him at the airport.

"In the cockpit that night, and when I saw him the previous day, Dawie gave no indication of being under stress. I recall that on the day before the flight left - the Thursday - he wanted to buy a bicycle for his daughter, and he spoke about wanting to attend a stamp exhibition in Australia. He collected stamps, as I recall," Jacobs said.

Many opinions regarding the causes of and circumstances surrounding the crash exist. Proponents of the various theories hold their views very strongly, as is evidenced by the volume and tone of correspondence the Sunday Times has received since reporting on the affidavit of an Australian claiming there was rocket fuel additive in the plane's cargo.

Two of the most persistent issues have been whether Uys was loath to fly because of the alleged cargo, and the question of what happened to the original cargo manifest, which SAA reportedly ordered seized and kept secret.

Said Jacobs: "Wimpie is quite correct. I remember him being there. Seizing all copies of the cargo manifest is standard procedure when a flight crashes. The original cargo manifest was on the flight, of course, and had therefore been destroyed, so I got the copies from the airport.

"I sent the original copy to SAA head office in Johannesburg and another copy to the Civil Aviation Directorate. It should be in their archives. If not, something is wrong.

"People need to understand that there was, as I recall, tons of cargo on that plane. That could include up to 10000 packages. No one can check all those packages. Taiwan, authorities used to do a 1% random spot check. Nothing untoward was found, to my recollection," Jacobs said.