I was only joking, says racist poetry prof 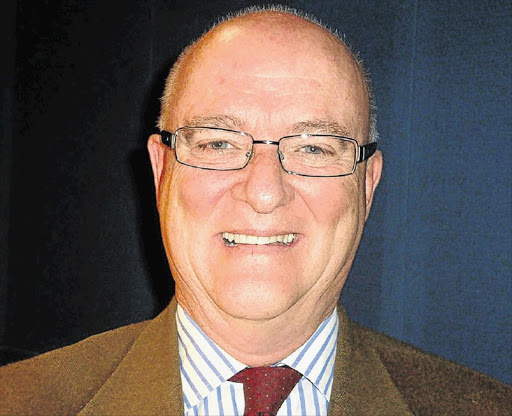 An Australian professor of poetry has been suspended for using racist and sexist language after sending a bizarre series of e-mails in which he called Nelson Mandela a "darky", Prime Minister Tony Abbott an "Abo-lover", and referred to Aborigines as "human rubbish tips".

Professor Barry Spurr, an Oxford-educated academic who became the first professor of Australian poetry, at the University of Sydney, in 2011, was indefinitely suspended after the incendiary e-mails became public.

Spurr referred to women as "whores", described Archbishop Desmond Tutu as a "witchdoctor" and claimed that the "modern Brit" was "the scum of the earth".

Lamenting that Australian society was now less white than in the 1950s, he wrote: "One day the Western world will wake up, when the Mussies [Muslims] and the chinky-poos [Chinese] have taken over."

In another e-mail, he wrote: "No Abos, Chinky-poos, Mussies, graffiti, piercings, jeans, tattoos. BCP [Book of Common Prayer] in all Anglican churches; Latin Mass in all Roman ones.

"Not a woman to be seen in a sanctuary (church) anywhere. And no obese fatsoes. All the kiddies slim and bright eyed. Now utterly gone with the wind."

Spurr, who wrote the e-mails between 2012 and earlier this year, claimed that they were part of a "whimsical" contest with a colleague in which they tried to outdo each other in making extreme statements. He told the Australian website New Matilda, which obtained the leaked e-mails, that his comments were "linguistic play".

"I find it astonishing that you would think that I would seriously hold those views and not realise, as a journalist, that these are e-mails of mock-shocking repartee, mocking, in fact, that very kind of extreme language," he said.

"The comments that you refer to are largely to one recipient ... These statements are not reflections of my views or his."

The university, Australia's oldest, has barred Spurr from teaching or conducting any academic work until the matter is investigated. It was not clear to whom the e-mails were sent but they were sent from his university account.

"The university is deeply disturbed by reports offensive e-mails were sent by a member of its academic staff from a university account," it said in a statement. "Racist, sexist or offensive language is not tolerated at the University of Sydney."

Students and some staff held a rally to demand that the university sack Spurr, chanting: "Professor Spurr, rhyme this, you're a white supremacist."

Ridah Hassan, a student representative, told Fairfax Media: "Such vile bigotry belongs back in the 1950s and it has no place at Sydney University. It is beyond belief that this person could hold these views and retain his position."

The professor, known for his conservative cultural views, contributed to a recent government review of the school curriculum, saying the impact of Aboriginal writers in Australia had been "minimal" and calling for literary studies to place a greater emphasis on "Western Judaeo-Christian culture".

Abbott, a graduate of the university and a staunch conservative, appeared to play down the controversy. "I haven't had much of a chance to read it yet and I'm not easily upset, I've got to say, so I'll study it closely," he said.

However, Christopher Pyne, the education minister, condemned the e-mails, saying he "utterly rejects and finds repugnant the denigration of any minority on the basis of their sex, race, sexual orientation or beliefs".