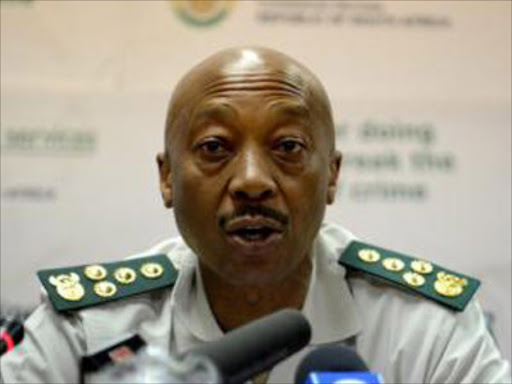 South African Revenue Service commissioner Tom Moyane is moving to defuse a crisis sparked by revelations of a rogue intelligence unit in his organisation.

This week, Moyane suspended the revenue agency's investigator, Johann van Loggerenberg, for his role in the unit.

According to a circular and two senior SARS officials, the commissioner also sidelined SARS's executive committee (exco), saying he had lost confidence in its members. The exco included deputy commissioner Ivan Pillay and chief officer for strategy Pete Richer, who set up the unit in 2006.

T he National Education Health and Allied Workers' Union , which represents some of the SARS workers, demanded the suspension or axing of employees and officials implicated in the rogue unit's activities.

The Sunday Times reported last week that members of the unit ran a brothel, held meetings in a Pretoria NG church and posed as bodyguards for ANC leaders.

The unit, known as the National Research Group, spied on former police commissioner Jackie Selebi; accessed the police database without authority; supplied its members with fake IDs; and fought private battles on behalf of friends and relatives of senior SARS officials.

Van Loggerenberg has denied all allegations against him. He said the unit operated openly and within the law.

He admitted to following former SARS general manager Leonard Radebe, but denied bugging President Jacob Zuma's home in Johannesburg . He said he would submit to a lie detector test.

According to a notice of suspension seen by Sunday Times reporters, Van Loggerenberg was suspended to "provide for full investigations into allegations against you of irregularities, misconduct and bringing the organisation's name and reputation into disrepute".

According to senior SARS officials who attended Moyane's "compulsory" meeting on Monday, the commissioner gave them a dressing-down.

"He did not take questions. He said it was disgusting that SARS was now running brothels," said a SARS official. Another said Moyane promised to appoint his own team because the exco suffered from "analysis paralysis".

The Sunday Times previously reported that a former National Intelligence Agency operative known as "Skollie" blackmailed SARS into paying him more than R3-million for his silence after he threatened to go public about the rogue unit's actions.

They included breaking into Zuma's home, following politicians - among them Sports Minister Fikile Mbalula and Julius Malema - and intercepting a meeting between Zuma and Radebe.

Van Loggerenberg threatened to take action against the Sunday Times.

This came amid claims by SARS sources that the legal bill relating to his misconduct allegations was R700 000.

The bill allegedly included fees paid to a PR company that represented him, as well as lawyers' bills for letters of demand sent to newspapers that reported on the scandal.

Asked whether SARS was still paying for Van Loggerenberg's legal bill, whether it covered lawyers' letters sent to journalists and whether the bill had exceeded R700000, Lackay said: "Mr Johann van Loggerenberg is a SARS employee and by law enjoys rights to his privacy and to confidentiality."

In a letter from his lawyers dated November 13, a day after the date of his suspension, he threatened to lay criminal complaints against the Sunday Times, to institute proceedings against the newspaper and to file a complaint with the Press Ombudsman.

Van Loggerenberg also demanded an apology and a retraction of the statement published in the newspaper last week that he had written a "confession" to Moyane.

The Sunday Times invited Van Loggerenberg to provide his statement and the investigating officer's contact details, should he lay criminal complaints.

"He has been invited to deliver a summons to our attorneys," said Sunday Times editor Phylicia Oppelt. "We are more than willing to defend our story in any forum he chooses."

Van Loggerenberg has been suspended for 30 working days "pending the outcome of an investigation and/or subsequent disciplinary hearing".

He was also ordered to surrender his access card and other company property and barred from visiting any SARS premises without written permission.