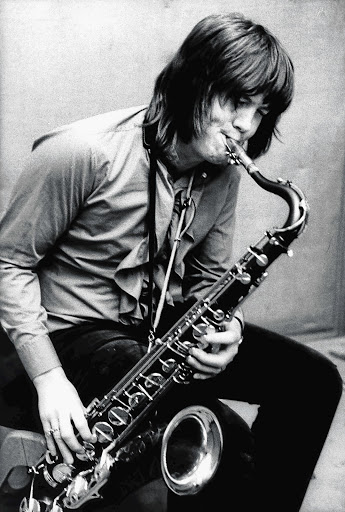 POWERFUL SOUND: Bobby Keys had an innate feeling for rock'n'roll

Bobby Keys, who has died at the age of 70, was a Texan tenor saxophone player whose rich, robust tones featured on hundreds of British and American rock and pop recordings. He is best known, however, for his long association with the Rolling Stones.

It was Keys who provided the driving sax on Brown Sugar and the extended solo on Can't You Hear Me Knocking, both on the Stones's 1971 album, Sticky Fingers. Although never an official member of the band, he was their longest-serving sideman, and over the years became an integral part of their sound. His instinctive feel for rock'n'roll and taste for hedonism were particularly appreciated by Keith Richards, who once described him as "my best pal".

Robert Henry Keys was born on December 18 1943 in Slaton, Texas, and took up the saxophone after being injured playing baseball. His affinity with the instrument was immediate, and by the age of 15 he had convinced his grandfather to sign over guardianship to Jerry Allison, a drummer who was working with Buddy Holly in Lubbock, Texas, the regional music hub. Keys was soon playing for Buddy Holly and other local rockers.

Keys never learnt to read music, but even at this early stage exhibited the feel for rock'n'roll and powerful sound that would keep him busy as a session man for the rest of his life.

He joined Delaney & Bonnie, a US band that counted George Harrison and Eric Clapton among its admirers.

When Delaney & Bonnie began recording in London, he was hired to play on the Rolling Stones's 1969 sessions for Let it Bleed. The Stones then invited him to join them on the road, and Keys soon became rock's foremost saxophonist.

Initially, Keys was close to Mick Jagger, but his appetite for excess soon found him bonding with Richards - together they wrecked hotel rooms and consumed industrial quantities of drugs and alcohol.

In an interview last year, Keys proudly declared: "I've been smoking pot for over 50 years ... I am a devout pothead."

His behaviour became so erratic that, by the mid- '70s, he was banished from the band.

The reason for his sudden exit, Keys claimed, was his determination to impress a French model he had met on tour by filling the bath in his hotel room with Dom Pérignon.

When the call came to leave the hotel for the concert, Keys ignored it; the next morning he discovered that the tour had left without him. Later Keys suggested that his heroin addiction was what had led to his exile.

He said of this period: "When you're not on the payroll and you want to continue the Beverly Wilshire lifestyle, but you're only geared for a Holiday Inn existence, things are gonna catch up to you."

He continued to record, however, with a variety of artists, including Barbra Streisand, Marvin Gaye, John Lennon, Joe Cocker, Clapton and Harrison.

For much of the '80s his addictions confined him to the sidelines, but in 1989, Richards managed to infiltrate him back into the band.

Keys's friendship with Richards caused him to be interviewed at length for the guitarist's autobiography Life (2010), and in 2013 Keys published his own memoir, Every Night's a Saturday Night.

On the advice of his doctors, Keys did not join the Stones in November for their tour of Australia. He died of cirrhosis on December 2.