Being mixed race and an African, I've realised that I am not my hair 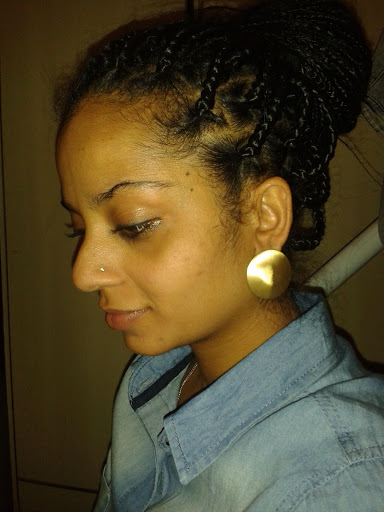 Shenaaz Jamal chronicles her experience donning a so-called 'African' braided hairstyle and what she has taken from it.

Who and what African women are has been a complete mystery to me while growing up. What does she look like?

When I asked myself these questions, my mind seemed to be drawn to the image of a dark-skinned woman with coarse hair.

Mainly because this is all I’ve been fed for the most of my life. How is an African woman then defined? Why is she defined?

When I look around me, I don’t only see dark-skinned women with coarse hair, I see light ones too. Why, then, are African woman defined by their hair so often?

I am a mixed-race girl living in a race-obsessed society. I recently decided to stop defining myself by conforming to being an African or an Indian, or whatever, as it often seemed like I had to be something.

But wait, maybe not, because we, South Africans, have this in-between race we all refer to as “coloured” for those who can't find their “true” identity.

I have long, silky hair and always straighten it so as to fit into the “Indian” society, seeing that I live in Lenasia – a predominately Indian area south of Johannesburg.

For as long as I can remember, people always "struggled" to classify me. Borne to an Indian mother and a Portuguese father, I was either not “Indian” enough, not coloured enough or not black enough.

Quite frankly, no one could ever figure out what I was because of my natural curly hair – oh, and my fair skin just confuses people more.

One day after a shower, I looked at myself in the mirror while ran my fingers through my wet curls.

I continued doing this even after it had dried, and noticed I had some difficulty running my fingers through my dried hair. That’s when it finally hit me.

After years of confusion as to what race I belong to, or what my ethnicity was, it finally all made sense – the person I was looking at in the mirror is an African woman.

I often see black women with weaves on their heads, and have sat in hair salons long enough to see what is involved in having these strands of imported hair implanted on their hands.

What strikes me the most is the confidence they walk out of the salons with, whereas they were doing the walk-of-shame coming in.

I then wonder, do weaves change what an African woman is and does? I say no!

Weaves don’t make her any less African because she should not be defined by her hair, whether it is natural or fake, long or short, straight or curly.

Her Africanism lives in her like it does in me.

So when I decided to switch things up and put in long braids on my head, it was much to my parents’ disapproval.

I remember how they exclaimed: “You have your own hair, why do you need those hair pieces on your head,” followed by, “Black people want your hair and here you are putting on their fake hair”.

I gasped in disbelief, not from being shocked by what they said, but rather how they, too, sounded like parrots of the “society” they lived in.

And I couldn’t blame them; I understood that they were simply conforming to what they knew.

I was also taken aback by the local trader who I bought the hair piece. She was under the impression that I was there to buy the hair for someone else and couldn’t hide her shock when I said it was for me.

“But why do you want this African hair style,” she asked, “you have such nice hair that I would die for."

But I am not African? This once again proved to me that women, no matter what race, ethnicity, culture, etc, are expected to look a certain way and be content with it.

I must admit, I have gained a lot of respect for all the women who sit for hours and days braiding their hair or putting in a weave. It is a long process.

When I got up from my salon chair after nearly five hours of plaiting, I looked at myself in the long mirror.

What I saw nearly brought me to tears. I looked different, but so beautiful. But I didn’t feel like a different person.

What this experience has taught me is that Africanism doesn’t lie in one’s hair, but rather in their beliefs, values and principles.

Where I come from, who I am, my hair, my skin tone; those things will never change.