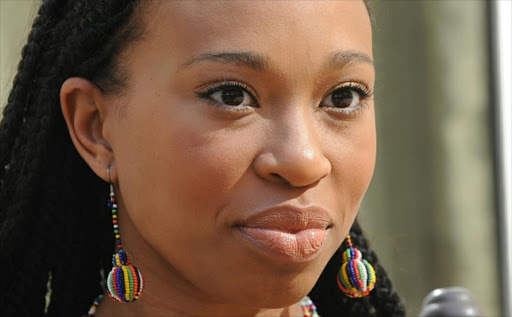 There’s no shortage of talented – or good looking – creatives coming out of South Africa. Here are some of our most famous young exports, 30 and under, who are making their mark on stages, screens and runways across the globe.

Actress, singer, songwriter and dancer Tembe was born in Durban but spent most of her youth in New York while her opera singer parents were studying at the prestigious Juilliard Academy.

She is best known for her recurring role as the ghost of Creole maid Mavis in the fourth season of True Blood. She has also appeared in NCIS, NCIS:LA, Avengers II - Age of Ultron and the SABC 1 soapie Generations.

This Soweto-born beauty was raised in Maryland in the US. In 2012, she was named first princess at the Miss USA pageant and was later crowned Miss USA after the reigning Miss USA took the Miss Universe title.

She’s currently editor of the lifestyle website City Lately, and has contributed to the likes of Harper's Bazaar and The Huffington Post as a freelance writer.

Soweto-born dancer and choreographer Masilo is renowned for the way she re-imagines classical ballets, mixing the traditional steps with African dance, all the while tackling topics such as race relations and gender norms.

In her 2014 interpretation of Swan Lake, at the Sadler’s Wells theatre in London, for example, both male and female dancers wore tutus.

This Johannesburg-born singer-songwriter shot to fame after coming third in Australian Idol in 2006. He then appeared in a few television shows, including the soap Neighbours, before pursuing an acting career in the US.

He debuted on American TV in an episode of VH1’s Single Ladies and has since starred in the sci-fi drama Terra Nova as well as the fourth season of Glee.

After being discovered in a mall in 2011, Cape Town-born Kruger racked up runway experience modelling for fashion houses such as Giambattista Valli, BCBG Max Azria, Louis Vuitton and Narciso Rodriguez at international Fashion Weeks.

She’s been the face of one of Prada’s campaigns - a moment she calls her proudest.

Many people are surprised when they find out one of the lead characters in the TV series Pretty Little Liars is South African. Pieterse’s family moved to the US when she was three and she’s been working as a model and actress since she was four, mostly appearing in print and TV commercials.

Her big break came when she landed her role as Alison DiLaurentis in Pretty Little Liars at age 12. She’s also starred in movies such as Good Luck Chuck and XMen: First Class as well as TV shows such as CSI Miami and Without a Trace.

From the small town of Mooi River in Northern KwaZulu-Natal to being named one of Forbes’s highest earning models - Candice not only conquered the world stage, she made it her runway.

After being discovered at a Durban shopping mall at the age of just 15, Swanepoel was whisked away to a life of international stardom and is now a Victoria’s Secret Angel as well as a model for other brands.