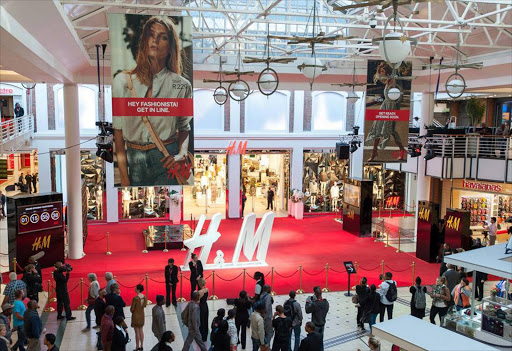 Retail giant, H&M, which is set to open its doors to the public on Saturday in Sandton and Cape Town, has had to deal with a public relations disaster after its response to why they have a lack of black models was considered controversial.

Tlalane Lethlaku, a Cape Town resident, tweeted that she noticed how H&M had no black models on their posters at their Waterfront store.

"Please work on that to appeal to everyone," Lethlaku added.

The response to Lethlaku opened a can of worms as H&M responded that their marketing plan was one which intended to convey a positive image - implying black models were not in line with this image.

The fashion conglomerate continued to add heat to an already tense interaction with Lethlaku, by tweeting they wanted their fashion to inspire and convey "a positive feeling".

After experiencing backlash for the slew of tweets, H&M attempted to do damage control by stating: "(campaign) includes all ethnic groups. What is important is that our campaigns celebrate the fun& diversity of global fashion."

Throughout the years we have worked with many models from various ethnic backgrounds in our campaigns.3/6

Currently Joan Smalls and Doutzen Kroes feature in our Summer 2015 campaign. Aya Jones will feature in an upcoming campaign. 5/6

Response to H&M's tweets was mainly negative with @Gabzee_M tweeting: what exactly do you mean by 'positive image'? Do black people not convey a 'positive image'?  This promoted the international fashion brand to issue a statement.

H&M regrets the response to a social media message that was recently aired and wishes to clarify the intention. pic.twitter.com/IybEBotudU

But despite apologising and issuing a retraction of their tweets, the retail giant continued to take flak.

Flip we've got enough issues in South Africa. H&M can actually pack up and go back to the Northern hemisphere. It's actually too much now.

Remember that time H&M came to South Africa and insulted everyone? Oh yeah, that was this morning. https://t.co/KU0JYeLIXT