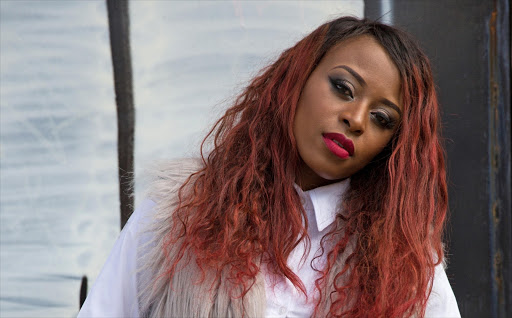 DJ Zinhle is best known for being one of the few women in the "boy's club" (as she calls it) of the deejay world – and for her rocky relationship with hip-hop artist AKA, which has been regular tabloid fodder. Here's 12 things you might not know about the DJ in heels

1. Her real name is Ntombezinhle.

Given to her by her father, the name means "beautiful girls."

2. Her daughter shares a name with Egypt's capital city.

Zinhle and AKA welcomed their daughter, Kairo Owethu Forbes, to the world in July 2015. As Zinhle explains in her blog: "Kairo is an Arabic name and is a variant of Cairo, meaning "victorious one." My mother chose her second name, Owethu… a Zulu name meaning "ours." She is 'our victorious one'."

On becoming a mother, Zinhle says: "I could never have been prepared for the force of love that hit me when I first laid eyes on my baby girl. I remember the day clearly and it's a memory I hope I never forget."

3. She suffers from Globophobia, a fear of balloons.

"This one time at McDonald's, I could smell them and I had a panic attack," she says.

4. She's always had "a thing" for Michael Jackson.

"I fell in love with him in high school. My first CD was one of his and I used to write down his lyrics. I even stole a Michael Jackson book from the library. His birthdays were important to me.

"I cried when he died. But I felt sorry for him, with that kind of life. He couldn't live for himself. It was too big, too much."

5. She's been teased about her broad shoulders.

"I've been teased about my broad shoulders my whole life. It hurt when I was growing up. Once someone tweeted: 'How can Zinhle's boyfriend sleep with her? It's like he's sleeping with another man'."

6. She grew up in the backwaters of KwaZulu-Natal.

Her family (which included 11 dogs) relied on candles for light. "If an uncle gave me R5, my mother would make me give it back. It taught me the value of waiting."

Zinhle fell into the scene a decade ago when she had to fill in for a DJ who didn't show up for his gig. "Whether you're female or male, it takes a plan to build a name," she says, adding: "DJs are the new superstars. I think I've contributed a lot to the industry."

8.  People criticised her decision to become a DJ.

When she became a DJ, friends teased her about her career choice. "They told me, 'But you never went anywhere.' The first time I went to a club was in my 20s," she says.

Some disapproved of a woman being behind the turntables. "One DJ said to me: 'Aren't you the sound girl? What are you doing behind the decks?' I never wanted to be one of the guys. I think I'm a better DJ because I'm a woman. We're more attentive and caring."

She launched Fuse Academy, an all-girl school that grooms young women to become DJs. "My message to women is: stop being lazy," she says. "Women can fight harder for the things they want. Dreaming takes guts. It must scare you. Women are so apologetic about making money. We need to get to the point where we are like, 'We want this big money'."

10. She sees "DJ Zinhle" as her more confident alter-ego.

"My brother used to say I have Parkinson's because I'd shake so much at gigs. I tell myself Zinhle must stay here —DJ Zinhle needs to entertain. I'm very conscious of getting out of myself to represent DJ Zinhle the way she would do things."

Zinhle posed topless in 2013 to promote the range she launched in collaboration with fashion retailer, Legit. It was "two days of being sprayed with oil to look dripping hot," she says. No, she didn't mind baring her assets. "I was a little cold, that's all."

Are you ready? LIKE this post if you're excited to see DJ ZINHLE's new range. In stores from 26 September 2013! #turnuptheheat

She runs online accessories shop, Era By DJ Zinhle. "It was about the era that we live in," she says of how she came up with the name. "How do we make women more aware of what they can do in this era? We live in an amazing era, of Nelson Mandela, the World Cup… But it's also an era that has seen a shift in the role of the women."