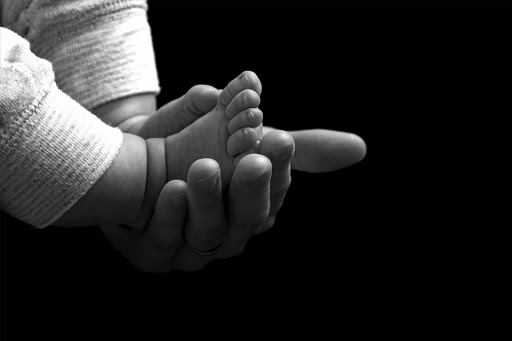 "I leave my estate to Louis, my only adopted son." Louis van Rensburg, then 35, had no idea that he was adopted until his adoptive mother died in 1984 and the lawyer read her will to him.

Finding out that he was adopted started eating away at Van Rensburg and five years later he vowed to his daughter Deborah, who was 16 at the time, "I'm going to find that bitch," referring to his birth mother. But Van Rensburg died in 1994, aged 47, without ever finding either his birth mother or father.

Van Rensburg's daughter, now Deborah Minors, studied journalism at Wits University and is co-author of this feature. "My father's experience prompted me to research men's feelings about adoption for my Master's dissertation. I called it Who's your Daddy? The untold adoption stories of South African men.

"My father's anger was rooted in feelings of rejection, which is one of the seven issues that arise in adoption, as identified by psychologists. The others are issues around grief, loss, guilt/shame, identity, intimacy/relationships, and control. Psychologists say that everyone in the adoption 'triad' - the adoptee, birth parent and adoptive parent - will experience some or all of these."

Adoptees inevitably have questions about their origins and identity.

"Those who know nothing about their birth parents may suffer 'genealogical bewilderment' - the dilemma caused by a psychological gap in a person's self-concept or knowledge about who and what contributed to who they are," says Minors.

Pam Wilson, who was director of adoptions at Johannesburg Child Welfare for more than 30 years, says the organisation believes it is best to tell an adopted child the truth from the beginning.

"The child or adult is ultimately going to find out and that's going to bring up all sorts of issues. Eventually they end up here and then we've got to tell them they were abandoned or whatever the case may have been," she says. "And to see a 40-year-old man sitting here crying, having just learnt he was adopted because he was abandoned as a baby - it's very difficult."

"But the issues the men have would be the same as those women have: the feelings of abandonment, the feelings of rejection - there's a lot of anger. We'll ask them if they're angry and they'll say, 'No, I'm not angry,' but there's certainly anger."

Wilson says several young men have come to Child Welfare after they found out they were adopted at their adoptive parent's funeral.

They don't know where to start looking because they can't find anyone who can tell them about their birth parents, which raises difficult emotions, including feeling they are not in control of their lives and that they have no idea who their ancestors are.

"Don't do that to your child," says Wilson. "Tell them from the beginning."

Lyon Liang, 50, lives in Linden, Johannesburg, and owns and runs Bead World in Northcliff Corner shopping centre. He moved to South Africa in 1990 from Shanghai, China.

He met and married his wife Lucia, originally from Taiwan, in South Africa. They adopted Samuel, now three, when he was three days old.

Liang said that adopting a baby brother for his daughter, Gabrielle, 17, and son, Michael, 15, was an opportunity to help a child from difficult circumstances to achieve his potential.

"The birth parents who were from South China were very young, living in someone's back room. They were going through difficult times," says Liang.

He and Lucia met the birth mother at the Princess Alice Adoption Home in Johannesburg.

"She seemed pleased to meet us. I think it put her at ease to know her baby was with a good family," says Liang. He has photos of her with Samuel on his iPhone. "When Samuel's older, I'll show him these." Samuel will grow up knowing who his birth parents are and with the option to get in touch with them when he is 18.

Lyon and Lucia agreed years ago they would adopt. "South Africa is such a fractured society," he says. "We wanted to give one child a chance to at least not grow up a criminal, or a drug addict, or abused."

They began the process in 2012 and Samuel's adoption was finalised in February this year.

"People would be surprised at the high level of professionalism and service delivered by the Department of Social Development. They do home checks, interviews - even with my kids. They do blood tests. They're careful not to place a child with just anyone."

Liang met the birth father once. "He didn't seem interested. He asked for money. I asked my social worker if I'm supposed to pay them anything, and she said I would be in a lot of trouble if I did."

For Liang, fatherhood means "mental stability and financial security" and this is what he offers their children.

Anton Gilmore, 43, runs the Southern Suburbs Boxing Club in Rosettenville in the south of Johannesburg. When he was three, Child Welfare removed him and his sister, Linda, 11 years older, from their negligent, alcoholic parents.

"I was in foster care a block away from my parents, and they never visited, ever," says Gilmore.

He felt rejected. The fact that he wore his foster brother's hand-me-downs and was enrolled in a different school further undermined his self-esteem.

"They had to separate us for some reason, which is bullshit," says Gilmore. "There was a double standard and I got farmed out on the weekends to many families to look after me."

Gilmore remained in foster care for seven years. When his sister turned 21, she got married and legally adopted him.

"My sister gave me everything - motorbikes, cars, all that jazz," he says. "They had it hard but they made sure I had everything."

A self-confessed "handful", he got drunk for the first time at 14, and had a serious self-esteem problem until his brother-in-law enrolled him at the boxing gym that he now runs.

"Kids younger than me were beating me up because I was so small. I cried every night. I had a blood nose every night, but I just kept coming back. I had this big thing to prove to people that I am worthy," he says.

Gilmore became a champion boxer. He married, had children, and subsequently got divorced, which led to depression and addiction. He went to rehab to "break the generational curse" for his children's sake. Now he runs Fight With Insight, a programme that empowers street children through boxing.

Child Welfare emphasises to everyone who tries years later to find the children they gave up for adoption that the child will be an adult with a life, parents, even children of their own.

You don't just step into their life and claim your place.

To tell us what you think of this article e-mail lifestyle@sundaytimes.co.za.