Access to caffeine more important than security in the workplace: survey 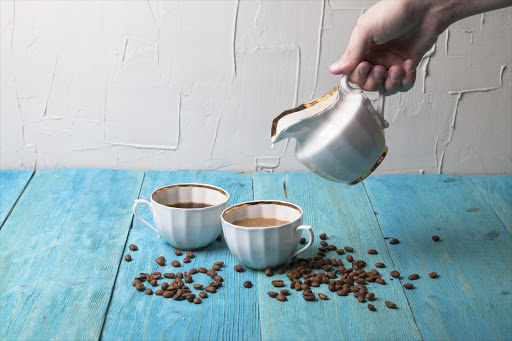 That’s according to the results of a survey which found that 95% percent of working South Africans “said access to good tea and coffee” was “the most important thing for them in the workplace”.

“This topped the list‚ ahead of security (91%) and a healthy environment (87%)‚ of what South Africans see as most important in the workplace‚” said Richard Andrews‚ managing director of space and furniture consultancy Inspiration Office.

“Essentially it’s all the smaller things that people really need to be happy in the workplace.” said Andrews.

When it came to annoyances‚ “people talking loudly on the phone‚ endlessly talking to colleagues and making a general ruckus (88%) topped the list of the biggest peeve”.

“This was followed closely by people who eat lunch at their desks thereby smelling up the workspace (76%)‚” said Andrews.

“It seems as many offices move to open plan design‚ the trend of squeezing more people into less space has brought workers in closer proximity to each other. There is nowhere to hide from other peoples’ habits‚” said Andrews.

Despite other people’s habits topping the list of dislikes‚ 80% of respondents said the “social aspect of meeting new people and becoming friends with certain colleagues was the best thing about the workplaces”. – TMG Digital