When she finished reading 'A Monster Calls', publisher and editor Denise Johnstone-Burt closed the manuscript and took out her phone. 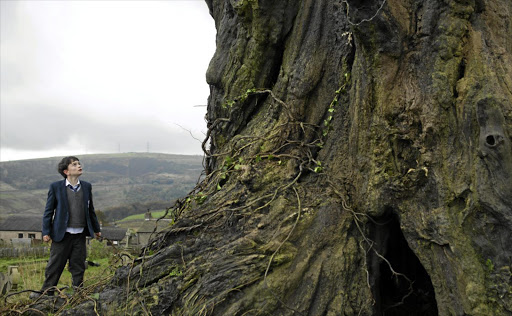 Lewis MacDougall plays Conor, who communicates with an earth spirit in an ancient tree, in 'A Monster Calls'.
Image: Supplied

Determined not to be seen sobbing by her fellow commuters on the train, she tapped out a text to the author: "I've finished it. It's astonishing. I'm crying - and I don't do crying in public!"

Now, with the release of the film of his 2011 novel, Patrick Ness is about to make many more people sob. A Monster Calls tells the story of Conor (Lewis MacDougall), a bullied only child struggling to come to terms with the fact that his mother (Felicity Jones) is terminally ill. His stern grandmother (Sigourney Weaver) is unable to provide much comfort; nor is his father, who lives in the US.

Help, of a sort, comes from a surprising source: a monster (Liam Neeson) in the form of an ancient yew tree. This venerable earth spirit tells Conor didactic but disturbing fairy stories in which good does not necessarily prevail and "happily ever after" isn't always the case.

The book addresses not just bereavement but also the awful fear of loss and the troubling issue of wanting a dying loved one's suffering - and therefore your own - to be over. It suggests that being able to accept that such feelings are normal is the way towards healing.

Both the novel and the film - which features an extraordinary performance from MacDougall, who lost his own mother a year before filming - are deeply affecting, but the true story behind them is no less moving.

A Monster Calls should have been the fifth novel by the award-winning children's and young adults' author Siobhan Dowd.

Born to Irish parents in south London, Dowd studied at Oxford before a career with the writers' charity PEN. She spent years working for the US branch of the organisation in New York, where she founded the Salman Rushdie Defence Committee, which supported the author while he was in hiding during the '90s .

Though she had no children of her own, she doted on her five nieces and nephews and wrote them stories to read at Christmas.

She had already been diagnosed with breast cancer when she started writing the first of her four novels in 2004 at the age of 44.

In May 2007, with A Swift Pure Cry and The London Eye Mystery already published, Waterstones named her as one of 25 "Authors of the Future". Three months later she died.

Her third and fourth novels - Bog Child (which won the Carnegie Medal, regarded as the most prestigious of the children's book awards) and Solace of the Road - were published posthumously.

At the time of her death, she had started working on a story commissioned by Johnstone-Burt.

"She wrote the opening - about 1,500 words - and it was about a boy called Conor who is sad because his mother's ill," says Johnstone-Burt.

"Siobhan was calling the story Mistress Yew, though I know that wasn't going to be her final title. She was taking a cancer drug derived from yew trees, so there was a very poignant connection.

"However, her illness progressed more rapidly than had been expected. When she died, I gave what she had written to the best writer I know, Patrick Ness."

WATCH the trailer for A Monster Calls

"My initial instinct was to decline the project, because I have a real worry about writing stories for the wrong reasons," he says. "I was very worried about writing a tribute or a memorial, mainly because that's not what Siobhan would have done. She was a really clever, mischievous writer and she would have told a story."

However Siobhan's Mistress Yew planted a seed in Ness's imagination. "I read the material she had left and, although there wasn't a lot of it, it was extremely potent," he says. "I immediately had my first idea. As a writer, that's your dream - when an idea sparks another idea - and it's then your job to chase after them. So I decided to do it."

A Monster Calls, which is dedicated to Siobhan, was published to great acclaim and commercial success and became the only novel to win both the Carnegie Medal and the Greenaway Medal (for illustrator Jim Kay). A share of the royalties goes to the Siobhan Dowd Trust, which she wanted established to bring literature to young people in deprived circumstances.

The film (screenplay by Ness, directed by JA Bayona) is certain to scoop yet more awards.

"Siobhan's family was invited to some location shooting in Manchester," says her sister Denise. "The crew said they regarded Siobhan as being one of the team. She would have loved that." - The Sunday Telegraph

• 'A Monster Calls' is on circuit