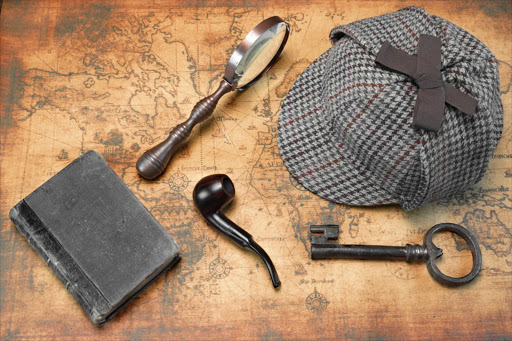 Sherlock Holmes would have no crimes to solve if a high-tech fridge photographed the culprit.
Image: iStock

Old-style criminals have it tough. John le Carré reckons his con-man father Ronnie would not be able to run up a big bill at a Grand Hotel and then scarper nowadays because on checking in he would be required to produce his credit card which would result in him being immediately thrown out.

Still, that's nothing compared to what comes next. According to Mark Stokes, Scotland Yard's head of digital forensics, "smart" fridges, coffee machines, dishwashers and even light bulbs will soon provide alibis or crime-scene evidence.

"The internet of things" - cameras and sensors in household appliances - will all hold evidence of the last moments of murder victims, evidence of false alibis or inconsistencies in witness statements.

We already know that your smartphone enables your movements to be tracked, your whereabouts established; only a foolish murderer carries his iPhone. But now that domestic appliances are getting into the act, the common run of crimes has become much more hazardous. No wonder today's robbers prefer cybercrime to stick-ups.

Stokes plans to develop a digital forensics kit which will allow investigators to download data at the scene of the crime. The denizens of Dixon of Dock Green would be scratching their heads in puzzlement.

But if it's going to be tough for criminals and old-school coppers, what about crime writers? Hercule Poirot's "little grey cells" would be redundant when the fridge photographed the culprit.

How could Miss Marple's realisation about something the postmistress did in St Mary Mead many years ago compete with an online kettle live-streaming footage of the crime in real time?

Of course many crime novelists, Val McDermid for instance, have enthusiastically embraced forensic science, and all writers of contemporary crime fiction are aware of the significance of DNA evidence and factor this into their plots.

Authors soon caught up on the importance of fingerprints and ballistic science too. Even so, Raymond Chandler's solution to a plot impasse - have a man burst through the door with a gun - looks rather less interesting if the gunman can be identified by a light bulb.

For some the solution may be a return to the past. Some are doing this already. Even if your detective is at work today, you can set him to investigate a cold case, as Ian Rankin has recently done with John Rebus - not a man likely to own a smart fridge.

Or like James Runcie, with his Grantchester Mysteries and clergyman detective you can simply revert to apparently gentler times and intuitive investigations.

The historical crime novel can be liberating for the writer and engaging for the reader who is no longer required to wade through pages of police procedure and have a degree of technological knowledge to follow the narrative.

One of the best crime novels of 2016 was The Ashes of London by Andrew Taylor. Set in 1666 and beginning with the Great Fire of London, it was a brilliantly imagined and gripping murder-cum-spy story, utterly compelling with not an online gadget on hand to solve the grisly murders.

The internet of things may prove to be a boon to the boffins of Scotland Yard, but for the crime writer, freedom lies in the past. - The Daily Telegraph