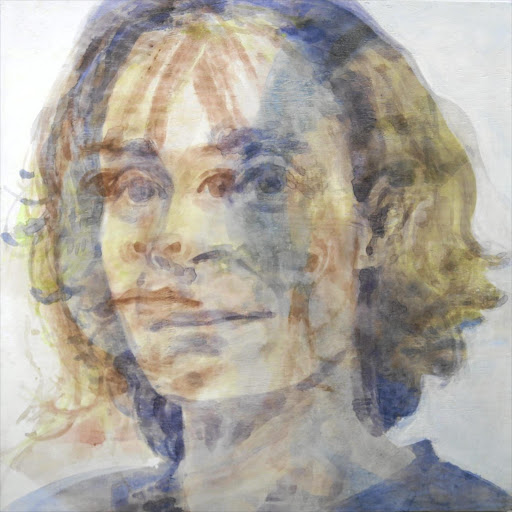 Gabrielle Raaff explores the nature of self and place, writes Andrea Nagel

Look closely at her paintings - which at first appear abstract - and ghostly landscapes begin to appear: the shape of palm trees through pink mist, the barely definable outline of a mountain, billowing clouds and the shimmer of light on water.

Raaff's latest body of work is her interpretation of visual responses gathered on walks in the greenbelt of Cape Town's affluent southern suburbs - ''part of a larger area from which many non-whites were evicted in the wake of the apartheid regime's group areas act", she says.

''The magnificent beauty of the greenbelt says welcome to the promised land, but there are less obvious layers behind it," comments Raaff.

Her intent is to interrogate the way in which history remains in the land, but in a way that speaks to the viewer instead of confronting them, or slamming them over the head with a sledgehammer. She believes the message is better relayed subtly, enabling viewers to interpret meaning for themselves rather than it being overtly ''spoken" to.

''The initial appreciation of the beauty of the landscapes becomes stained with the awareness of the history of the area," she says.

''The paintings are a conscious acknowledgement of the inequality and discord that's evident in our South African suburbs. Green is the colour of nature, but it is also the colour of wealth and privilege."

Raaff walks through the most affluent suburbs in South Africa.

''My intention is not to represent these bucolic, pastoral landscapes that I encounter as scenes, but rather to rearrange the parts of the whole to create new emotive spaces that are beautiful, discordant and ominous.

''I see these paintings as an expression of spirituality in the world rather than just a response to optical phenomena."

Raaff draws on photographs she takes on her walks, from memory and from the emotional impact the experience has on her.

She chose to work in watercolour because she says it is a truthful medium and one she has to be courageous with.

''It was a conscious choice to work with a medium usually associated with pastoral, bucolic scenes. It allows the process to become apparent in the work in layers of stains, a metaphor of the stains on our land. The ink layers dry and I cover them up and put new stories over them - but the first layers show through."

Raaff was inspired by the philosophies of Rolo May, who wrote about the encounter an artist has within a space.

''I begin with the paper and let what's flooding through my brain, my heart and my hands take expression on the paper," she says.

And yet her paintings remain beautiful and non-confrontational.

''Placards aren't beautiful," she says. "I enjoy making beautiful things. It's my language. There's a fine line between making beautiful landscape that has no gravitas and using that language to make people conscious of the world."