'Irresistible' book review: fascinating read explains how devices have us hooked on techno-smack 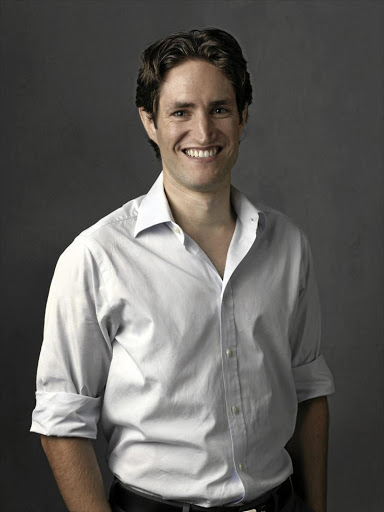 This intriguing book sheds light on how devices have turned us into addicts, writes Tim Smith-Laing

Adam Alter's Irresistible: Why We Can't Stop Checking, Scrolling, Clicking and Watching is part of the same behavioural-economics-psychology zeitgeist as a similar book, Hit Makers by Derek Thompson, and even covers common ground in examining why people like the things they do.

At first glance, too, it is similarly formulaic: "At an Apple event in January 2010, Steve Jobs." begins the first page. But, with a background in psychology and marketing, Alter brings a specialist eye to his material, and it shows. Considerably more sceptical than Hit Makers about modernity's obsession with maximal appeal, Irresistible is a fascinating, salutary, read.

Alter points to an epidemic of behavioural addictions in the modern world, centring above all on the screens we now carry everywhere. Since addictiveness is the aim of gadget designers, this shouldn't be surprising.

As one "design ethicist" Alter interviews puts it, on the other side of every screen "There are a thousand people [.] whose job it is to break down [your] self-regulation". The results? One 2011 meta-study showed that 41% of its 1.5million subjects had suffered from some kind of behavioural addiction in the previous year.

Irresistible's first section deals with the obvious question - "Can we really call this 'addiction'?" - offering a careful "Yes and no" response. Substance and behavioural addictions are both "fuelled by the same basic human needs": "social engagement and social support, mental stimulation, and a sense of effectiveness".

They "activate the same brain regions", and can cause the same kinds of consequences. That 2011 study lists, among others: "impairment of social relationships, criminal activity and legal problems, physical injury and impairment, financial loss".

Addicts cut off from behavioural crutches even indulge in the same compulsive tics - or punding - as substance addicts in withdrawal: obsessive circling; rocking on the spot; ordering, shuffling and reordering objects over and over again.

Simultaneously, it also seems clear that substance addictions can be substantially behavioural. Even heroin addiction, it transpired, was substantially dependent on contexts, environments, and learnt cues about what feels good in those contexts and environments.

Alter recounts the aftermath of the heroin epidemic that struck the US army in Vietnam from 1971 onwards. By the end of the war 19% of returning GIs were addicts - just over half of those who'd tried the drug. Normally, only 5% of heroin users stay clean; but when the US government tracked the recovery of returning GIs, the recovery figure was 95%.

The conclusion, borne out by parallel findings in lab animals, was that the soldiers' addiction was linked to Vietnam itself. Removed from that environment, it was easy for them to stay clean.

If there is a whiff of hysteria in equating smartphones and heroin, Irresistible remains compelling. Any good game or app designer knows how to engineer irresistibility into their products. The hooks in a mobile game might be smaller than the hooks in heroin, but there are more of them, and now they're omnipresent.

As Alter illustrates, a mere six ingredients lie behind most truly addictive experiences: goal setting, feedback, progress, escalation, cliffhangers, and social interaction. Think of the things you keep coming back to, for good or ill - running with your FitBit, watching Breaking Bad, browsing Facebook, playing Minecraft - and you'll find one or more of these. Combine them all, as in a Massively Multiplayer Online Game like World of Warcraft, and to the right person at the right time they really can become irresistible.

Even if you don't feel haunted by the spectre of addiction to your devices, Irresistible makes some vital points. In the end, Alter points out, the rise in addictions says less about us as individuals than as a society. You might be fine, but look around you: our world is designed for addiction, even though the tech advances that fuel it are "miraculous and life enriching".

The solution Alter suggests is for society to embrace them in healthy ways: workplaces could "shut down at six", e-mail included; social media could remove the endless scrolling and metrics that make them so compulsive; parents could introduce children to screens within careful limits.

It might be Utopian dreaming, but it's hard not to agree with Alter that a better future would be one where "we'll communicate with one another directly [.] and the glow of these social bonds will leave us richer and happier than the glow of screens ever could".  - ©The Daily Telegraph

Irresistible: Why We Can't Stop Checking, Scrolling, Clicking and Watching