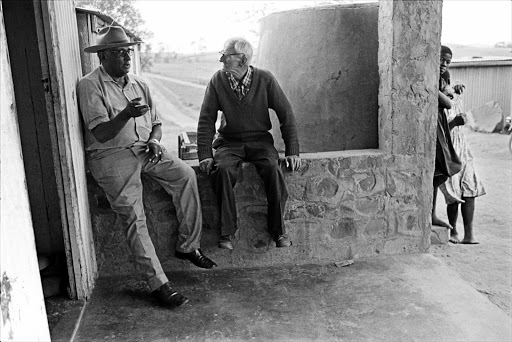 The question of identity has always been central to art and it's the main theme for a travelling exhibition that's moving through Durban.

Called Beyond Binaries and curated by the Qala! curative collective, it began at the ICC at Articulate Africa, moved through the Durban Art Gallery and is now on at Glenwood's KZNSA.

The exhibition comprises 23 artists from South Africa, Gabon, Zimbabwe, the DR Congo, Mozambique and Namibia. It aims to open discussions on the current climate of polarisation and intolerance and the increasing trend towards fixed identities.

As the world seems to be moving towards extreme right and left positions and religious and national identities intensify, the artworks question our categorisation of identities and help re-evaluate our fixed definitions of them. The exhibition also acknowledges the role of apartheid in the cultivation of separate identities in South Africa.

It asks the important question: What does it mean to be South African? It does this by examining the African identity in the contemporary, post-colonial, post-apartheid environment in our young democracy.

Each artist interprets the question in such wildly different ways that if it weren't for the theme one would think they were solo exhibits.

They range from painting, ceramics, photography, and mixed media to video, and focus on aspects of identity such as race, gender and heritage.

Artist Lizette Chirrime examines what it means to be a woman with her stitched fabric pieces that explore womanhood and the beauty and conflict that comes with it.

Nonhlanhla Mathe tells a story of unity and togetherness in her ink and acrylic piece called Together We Celebrate with colours that bleed easily into one another, emphasising that boundaries are more beautiful when broken.

Questions of heritage are asked by Thania Petersen who explores her identity as a Cape Malay through a series of constructed portraits that track her history through time and space.

Many of the pieces have an undercurrent of conflict as they struggle with how one comes to a sense of self when identities are so varied.

The stand-out piece is Cedric Nunn's Blood Relatives, which portrays a sense of joyful acceptance across a number of photographs shot in seemingly casual situations. His work is an examination of the family communities that shaped his identity as a "coloured" during apartheid South Africa. The photographs are a collection of everyday scenes that range from a couple dancing at a Valentine's Day ball in 1986, to children walking to school, to a couple sitting in their small home surrounded by family photographs.

The photos capture the history of Nunn and the expressions on the faces reveal his skill. Some subjects close off their faces to the camera, but in Nunn's photos the sense of community and family is evident because the faces of these subjects are open to the photographer, giving us an intimate glimpse into his world.

Questions of how identity shapes, grows and hinders us are important, especially today. Beyond Binaries will have you asking them.

• Beyond Binaries runs until March 19 at KZNSA Gallery.