Balancing out boy-centric bookshelves with empowering stories for girls 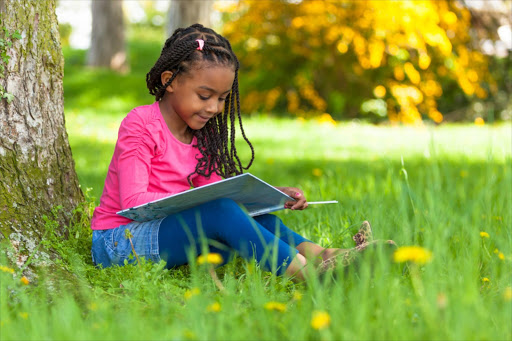 A University of Florida survey revealed that 25% of the children's books published between 1900 and 2000 featured no female characters.
Image: iStock

"Daughters can also be heroic."

If there is a maxim that Elena Favilli and Francesca Cavallo - co-founders of the children's media company, Timbuktu Labs - live by, it's this line by the 18th-century Chinese poet and astronomer, Wang Zhenyi. They would stake their career on it.

Wang is one of 100 women - including Ada Lovelace, Frida Kahlo, Helen Keller and Miriam Makeba - whose sumptuously illustrated biographies make up Good Night Stories for Rebel Girls , a children's book created by Favilli and Cavallo and published by Penguin Random House in April.

It chimes with a moment when parents and children across the world are demanding more diverse and positive representation - of gender, race, and sexual orientation - in children's literature.

Nothing speaks to this more than the project's success on platforms like Kickstarter and Indiegogo: having raised more than $1 million, Good Night Stories for Rebel Girls has become the most highly funded original book in crowd-funding history.

The 30-something Italian duo say Donald Trump's election in November gave their project a greater sense of urgency. About a month before, The Washington Post revealed the video in which the future president brags that his celebrity status allows him to do "whatever he wants" to women - even "grab them by the p**sy".

"So many people have thanked us," says Favilli. "The book represents not only a collection of bedtime stories, but a set of values that are now in danger."

In a recent article for The Guardian, Favilli and Cavallo quoted the kinds of statistics that have galvanised them since starting Timbuktu: by the time girls are six, they already perceive themselves as intellectually inferior to boys, according to the journal Science; and a survey by the University of Florida of children's books published between 1900 and 2000 revealed that 25% of them had no female characters at all and 37% had none who spoke.

WATCH: By removing books from a bookshelf this video demonstrates the lack of children's stories featuring inspiring female role models

"Children's media lacks diversity not only in terms of gender," says Cavallo. "We looked for women from countries that are not usually represented, and we wanted to feature as many fields as possible."

One of the first stories in the book belongs to Amna Al Haddad, a weightlifter from the United Arab Emirates.

The book also features the story of Coy Mathis, a transgender girl who, in 2013 at age six, won a landmark case when a Colorado judge ruled in favour of her choice to use the bathroom she prefers.

A little closer to home, Buhle Ngaba, 26, a stage actress from North West, wrote The Girl Without A Sound specifically for black girls - "the ones with moonlight in her skin".

Originally intending to create a gift for her aunt who read her stories and nursery rhymes as a child, she found that she had written the fairy tale that was missing from her childhood - "about a little girl who looks like me."

Ngaba's character isn't waiting for a prince to save her. "She simply goes out in search of a sound of her own."

Ngaba, who is also the founder of KaMatla, a non-profit arts organisation that develops storytelling among underprivileged youth, describes her publishing model as the reverse of crowd-funding. "I didn't have a lot of money, but just got the book out there."

A team of talented friends helped to edit, promote and illustrate the story using a combination of drawing and photography.

In February last year, a free PDF was made available online in English and Tswana. Within the first week, 3,000 copies had been downloaded. "I liked that you could print it yourself," says Ngaba. "Because that means any little girl can do it."

They have since received support from the Centre for Early Childhood Development. A month after the online launch, printed copies were made available, and more South African language translations are in the pipeline.

The response has been extraordinary, adds Ngaba, especially from black women. "We didn't even know we were missing ourselves."

Ngaba sees her book as part of movement towards fairer representation in local fiction, always tagging her social media posts #booksforblackgirls. But by no means does this mean that children of other races can't enjoy it too, she says. "It's a self-love thing. It's simply about balancing the bookshelves."

Similarly, Rebel Girls is not about excluding boys. "Girls are used to being the guests in other books," says Cavallo. "We identify with Sherlock Holmes, with Inspector Gadget, Pinocchio, Superman. People often ask us when we are going to make a book for rebel boys - this is the book for rebel boys."

• The Princess Who Saved Herself by Greg Pak, about a rock 'n' roll princess and her pet snake. It "reinvents the princess myth for a new generation of proactive girls". With a $15,000 goal, it has raised $111,759.

• Wollstonecraft by Airship Ambassador. A "Snicketesque" fictional adventure for 8- to 12-year-olds, featuring Ada Lovelace, the world's first computer programmer, and Mary Shelley, the world's first science-fiction author. With a $4,000 goal, it has raised $91,751.

• Flamingo Rampant by S Bear Bergman. A racially and body-diverse series about LGBT2Q families and their children, in which girls and women are "problem-solvers and action-takers". The latest in the series has raised $70,305 with a $63,000 goal.