Extreme sports - not just for the adrenaline rush 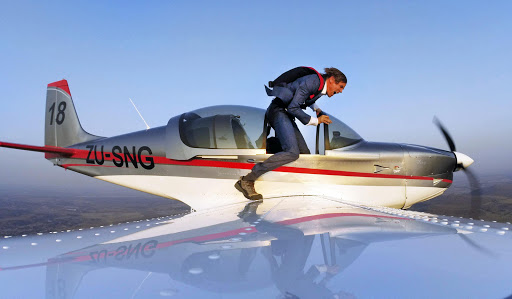 Extreme sportsmen and women are “not adrenaline junkies with a death wish”‚ a new study has found.

The researchers defined extreme sports as leisure activities in which a mistake or accident could result in death — such as BASE jumping‚ big wave surfing and solo rope free climbing.

Understanding the motivations for extreme sports‚ which have surged worldwide‚ gives insight into what enriches the lives of humans‚ said Professor Robert Schweitzer‚ from the Queensland University of Technology in Australia.

Lead author Professor Eric Brymer‚ based at Leeds Beckett University in the UK‚ said: “The experience is very hard to describe in the same way that love is hard to describe.

“It makes the participant feel very alive where all senses seem to be working better than in everyday life‚ as if the participant is transcending everyday ways of being and glimpsing their own potential‚” he said.

The study was published in the latest edition of Psychology of Consciousness: Theory‚ Research and Practice on Tuesday.

Extreme sports have become a multi-million dollar industry globally‚ while many traditional team and individual sports like tennis and basketball have been declining.

The findings of the latest study contradict the stereotype that people who do these sports are irresponsible risk-takers with a death wish.

Brymer said: “They are highly trained individuals with a deep knowledge of themselves.”

The researchers took an open‚ non-judgemental rather than theoretical approach to the project‚ realising that extreme sports participants find it hard to describe their experiences in words.

“This allowed us to focus on the lived-experience of extreme sport with the goal of explaining themes that are consistent with participants’ experience‚” said Schweitzer.

“Far from the traditional risk-focused assumptions‚ extreme sports participation facilitates more positive psychological experiences and express human values such as humility‚ harmony‚ creativity‚ spirituality and a vital sense of self‚” he said.

“For example‚ BASE jumpers talk about being able to see all the colours and nooks and crannies of the rock as they zoom past at 300km/h‚ or extreme climbers feel like they are floating and dancing with the rock.”

The world’s top solo climber Alex Honnold — who has taken the art of climbing sheer cliffs without ropes to new heights‚ literally — is one of those superstars who float up the rock.

Like Usain Bolt‚ he shatters records but his feats are about vertical solo climbs at speed‚ where one mistake would be deadly. The 31-year-old climbs to push his limits and for the joy of it.

“Climbing these big walls by myself without a rope forces me to climb perfectly. It’s entirely mental. What it requires is just motivation‚ just the desire for it‚” said Honnold.