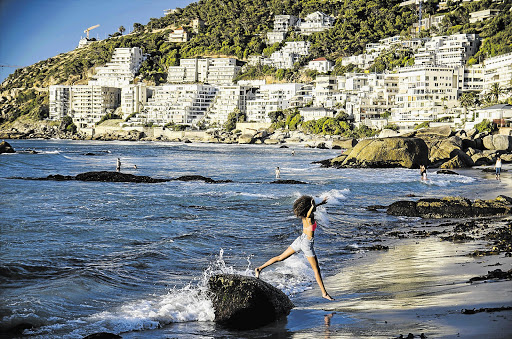 SEVERAL STOREYS HIGH: Clifton in Cape Town is home to the most expensive streets in South Africa.
Image: DAVID HARRISON

South Africa’s swanky suburbs are in demand by wealthy Africans‚ who are following in the footsteps of their British and German counterparts when it comes to luxury real estate.

A report by Sandton wealth intelligence company New World Wealth and AfrAsia Bank has found that a large number of African dollar millionaires are investing in property locally.

While UK buyers top the list for high-end real estate in South Africa‚ followed by Germany‚ the report shows that a large number of Africans are also buying homes in the R10-million price range in other African countries ‚ most notably South Africa.

The bulk of them come from Angola‚ Ghana and Nigeria.

“Residential property normally constitutes between 25% and 30% of the net assets of an average African high net-worth individual. Popular properties for them include beachfront villas and homes in residential estates‚” said Andrew Amoils of New World Wealth.

Jason Shaw‚ national sales executive for Pam Golding Properties said: “Investors from other African countries continue to show a strong appetite for residential property in South Africa‚ particularly in Gauteng. They are from across the continent with most frequent investors originating from Nigeria‚ Angola‚ Ghana‚ Uganda‚ Gabon‚ Kenya‚ Zimbabwe‚ Congo and Mozambique.

“Foreign investment in residential property in South Africa continues to be encouraged by the perceived weakness in the rand currency‚ which ensures that foreign buyers‚ and buyers from the African continent in particular‚ are able to achieve excellent value for money in South Africa.

“More traditionally‚ some high net-worth individuals are purchasing luxury seaside residential properties or other ‘lifestyle properties’ that not only provide them with a holiday destination or a second or third home‚ but‚ given the weak rand‚ which represent an excellent means of diversifying their wealth portfolios and securing a sound long-term investment‚” said Shaw.

Shaw said the bulk of these sales were second homes with prices ranging mostly between R5 million and R30 million.

“Dainfern Golf Estate‚ which has the largest expatriate community in an estate in the southern hemisphere‚ offers an interesting case study with regard to foreign and African property purchases. In 2015‚ close on a half of the sales in the estate‚ were to foreign buyers and nearly half of these were from the continent.”